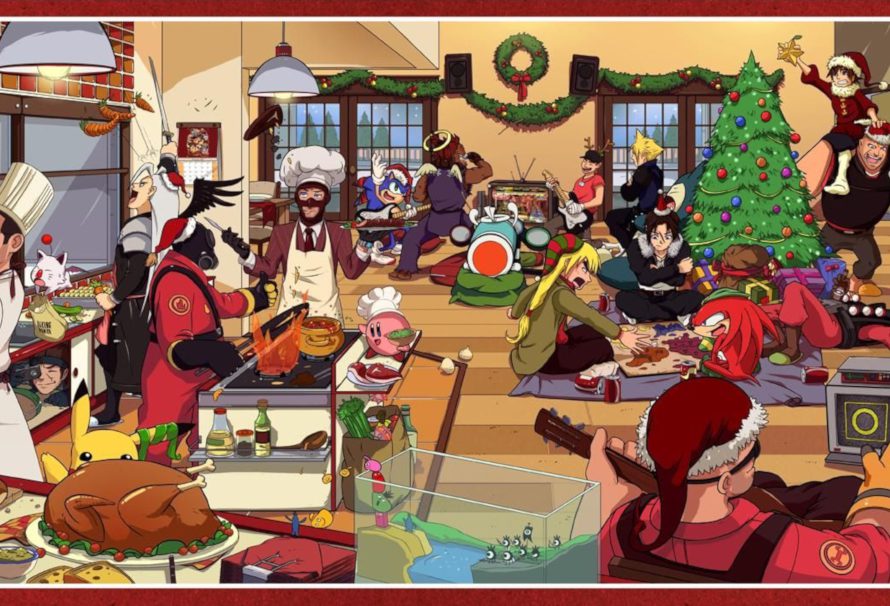 It’s hard to buy for a gamer. Most of the games they want they’ve probably already got, and there’s plenty of useless tat on the market to be bought and never used again by the lucky recipient. Most of their wishlist will be ridiculously expensive bits of hardware that aren’t suitable for Christmas, or more rudimentary gifts that won’t be much fun to open. Well, that’s where we come in. Here are a few clever gift ideas for gamers if you find yourself stuck on the puzzle.

Everybody has a few random Christmas jumpers lying around in their wardrobe gathering dust, but that’s because they’re usually low quality. If a Crimbo jumper gets used at more than one Christmas, that’s a success, and you can assure this by appealing to your recipient’s interests. The best of the range is easily the Numskull set, which has a swathe of official Fallout, Sonic, Crash Bandicoot and Pokemon pieces that will put a smile on the face of your family gamer. You could also buy them an Insert Coin gift card so they can buy some solid gaming-adjacent ensembles. It shows that you’re accepting of their hobby and that you want to see it around the dinner table. Brownie points!

If you’ve got yourself a gamer with a more vested interest in the nitty-gritty side of the industry, educate them with these brilliant books about gaming. You should consider The Walkthrough by Doug Walsh, a memoir about writing strategy guides for a living – or Kurt Kalata’s Guide to Classic Graphic Adventures if they’re old school. If they aspire to be developers, grab them Blood, Sweat and Pixels by Jason Schreier, an excellent window into the realities of developing games.

The streaming revolution has come for us all, and it’s currently making its way into gaming circles with relative ease. Some of the most popular recent innovations include Xbox Game Pass, Google Stadia and PlayStation Now, massive game libraries available to players at a monthly fee. One thing that most gamers (myself included) hate doing is renewing these subscriptions. It’s boring admin. If you’re out of ideas, consider grabbing a 12-month subscription for your gamer relative to open and redeem. If they aren’t already subscribed, you’ve just gifted them thousands of games. If they’re subscribers, they won’t have to redeem again for a LONG time. It’s a win-win!

Beyond that, consider picking up more general online subscriptions like Xbox Live Gold, PlayStation Plus or EA Access to gift early access to games, multiplayer service, and free games every month that they can keep as long as the service is live. If all else fails, you can’t go wrong with a Steam Gift Card either!

Player two, three and four have entered the game

The Xbox One Elite Series 2 controller was recently revealed, and whilst this is a bit more expensive than most controllers if you’re buying for a gamer who has it all this is the utter pinnacle. You can’t get much better, they will most likely not have one already and it will make their Christmas, whether they’re an Xbox or PC gamer. If they’re in love with Nintendo, grab them an extra set of Joy-Cons. Even if it’s just for aesthetics, it’s a real crowd-pleaser.