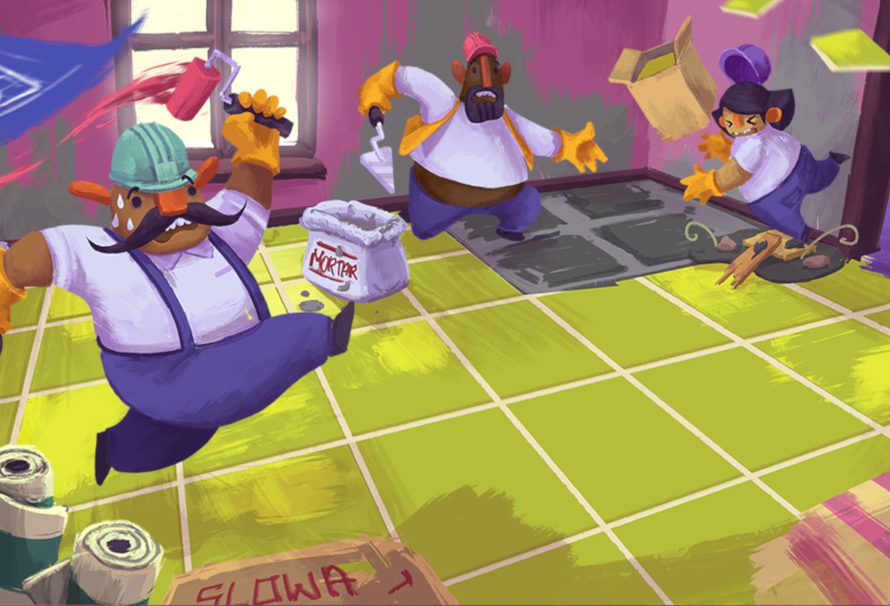 Tools Up! is a game all about working together to renovate houses. That sounds a lot like work to some people, but the aim of the game is to have fun, not actually do work. It’s not like they’re asking you to actually go and move furniture or do the painting in real life, because that would suck. No, instead, you and up to three friends will be taking on the daunting task of helping people completely renovate their homes. This would be a relatively straight-forward thing to do if it wasn’t for some of the strange circumstances that these homes find themselves in.

How to Play Tools Up!

For example, while moving a sofa is easy enough with two people working together, it’s a lot harder to manage when you’ve also got to contend with pools of lava dotted around and throughout the house. If that’s how you choose to live your life then fair play, just make sure you have a stair gate or something to stop yourself from stumbling into it drunk.

In the last few years, we’ve seen something of a resurgence of the local multiplayer game. Sometimes these are strictly competitive live Crawl, while other times they require adept teamwork like Overcooked. Tools Up! very much falls into the second category, and while you’re meant to work together with your friends, it’s probably going to cause a few arguments too.

On the plus side, you’ll be able to solve these problems by, uh, throwing each other around or chucking chairs at each other. While the aim of each map is to do the best job possible as fast as you can, you can probably expect to have games where you simply spend the entire time throwing each other at walls. It’s good clean fun, except it’s not clean at all due to all of the paint, and wall, and lava.

What game modes will Tools Up! have?

The game will feature a campaign mode as well as a Party Mode. The former will have you taking on increasingly challenging jobs as part of Tools Up Co. who are eager, if not always particularly skilled. The latter will allow you to play through the levels you’ve already cleared with the aim of perfecting them and achieving the best possible score. This should mean a decent amount of replayability, and should also make it perfect for simply dropping in for a game or two every night.

It’ll be interesting to see how Tools Up! builds (hur hur) on what other games have already laid down in this exciting new era of co-op games. If it can channel the same energy and frenetic sense of pace as Overcooked then it’ll be a sure thing for all parties everywhere going forward. Either way, we’ll find out when it releases on Nintendo Switch, PS4, Xbox One, and PC on December 3rd.