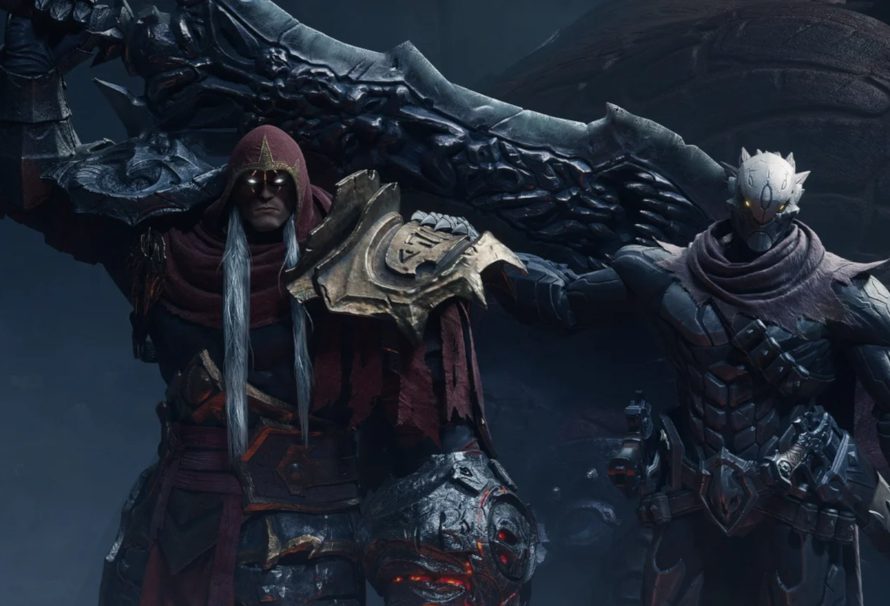 It’s probably fair to say that the Darksiders series is a bit hit-and-miss. While many people lauded the first as being a very solid, and somewhat gritty, take on the classic Zelda formula, both the second and third entries weren’t received as well. This could well be due to the other popular things in gaming that they tried to incorporate, or it could simply be due to changing times and tastes.

Perhaps as a reaction to this, the next game in the series, Darksiders Genesis, is going to be a completely different genre. Rather than the over-the-shoulder third-person game you might be expecting, you will instead be playing along from an isometric perspective and engaging in a co-op adventure.

Darksiders Genesis – What it’s all about

You take on the roles of Strife and War, two of the Horseman of the apocalypse. Rather than being harbingers of the end of times, you instead are lackeys of a mysterious Council who apparently keep balance. It’s all a little bit shady, but this is the work that the characters have signed up to, and it’s the work they will keep doing as a result.

This all comes off the back of a massive battle where the Horsemen have wiped out the rest of their kind because the Council demanded it. So, there are lots of complicated feelings tied up with their new job, the chances are that the devotion of the two will be tested as you play through the game. This is all set before even the first game as well, which makes it all the more interesting to long-time fans of the series, who’ll get a chance to find out just what happened before everything really kicked off.

Who is Darksiders Genesis for?

It’s not often you see a series completely shift style in order to try and freshen things up. It’s a good thing to see though, as it could be that this change of perspective allows for a new audience to find and enjoy the world of angels and demons that Darksiders resides in. Better yet, the fact that this is a co-op game means that it could just be the game that lets a fan bring a friend into the fold.

The game looks great, and while it’s a little odd to see things from above, the combat looks just as satisfying as ever, and the two Horsemen have vastly different styles to boot. Strife is a gunslinger and seems to favour long-range combat while War is a tank-like being who will be using his trusty broadsword to split the hordes of demons in two. Throw in some over-the-top boss battles, the biblical lore, and hopefully some charming writing, and this could be the start of something beautiful for the Darksiders world. You can check out Darksiders Genesis when it releases on December 5th on both PC and, uh, Stadia.

Control Ending Explained – What Happened To Jesse, Dylan, The Future of the Oldest House and Much More