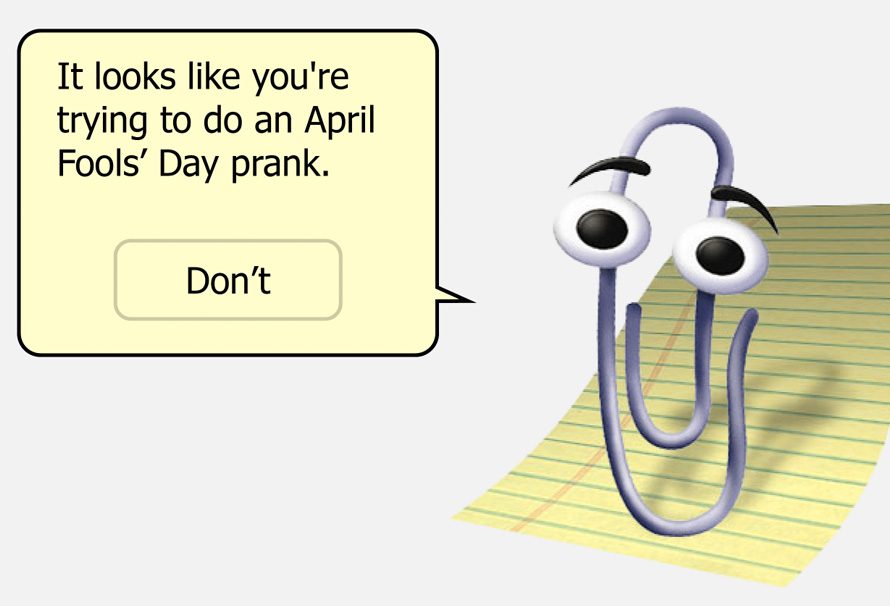 It’s April Fools day, the day when the internet comes together to, well, lie to you.

If you see anything announced today, be very aware that it’s probably not true. Unless it is. In which case that’s an exception.

April Fools jokes don’t always go down well though. Sometimes they can even rebound on the company or product which inspired them. Here’s some that had, shall we say, less than great receptions.

What was it? – In 2014 a YouTube video was posted to the official ROBLOX account stating that ‘The Future is Now’. In it, the developers showed off their plans for the future of ROBLOX, where all player character would be turned into cat.

How did it backfire? – The community did not take well to this news. Despite it being the 1st of April, the comments quickly became an absolute dumpster-fire of fury. The developers later renamed the video to include the phrase ‘April Fools’ in an attempt to ward off some of the vitriol.

What was it? – Blizzard are renowned for their intricate and well planned April Fools day jokes. In 2011 they released Crabby, a Clippy-a-like for their World of Warcraft website. It offered helpful comments when navigating the website.

How did it backfire? – See the problem with Clippy is that it’s annoying, so riffing on Clippy just doubles down on t he annoying. Look at Crabby’s face, look at those smug claws. I HATE YOU SO MUCH CRABBY.

What was it? – In 2009, EA announced that it was adding a new unit, the Mammoth tank. No, not that one. This Mammoth tank is a pair of guns mounted on a heavily armoured mammoth.

How did it backfire? – Because, well, it’s Red Alert. The world that Red Alert is set in is already extremely hyperbolic and ridiculous, so an actual mammoth isn’t a stretch of imagination. The community just sort of…shrugged. And waited expectantly.

What was it? – Gamespot’s article from 2006 with a ‘Nintendo Analyst’ looked into the future, joking that with cheap games and a cheap console, Nintendo would corner the console market.

How did it backfire? – Nintendo released the Wii. Which cornered the console market. With cheap games. And a cheap console.

EA – Getting the boot into the Wii U

What was it? – EA announce that Frostbite games will be ported to the Wii U, something that wasn’t possible before due to hardware limitations.

How did it backfire? – The series of tweets were just cruel. The Wii U wasn’t the most powerful console and everyone knew it. Tweeting things like ‘Frostbite now runs on the #WiiU since it is the most powerful Gen4 platform, our renderer is now optimized for Mario and Zelda.’ just sounds like someone had a grudge against Nintendo. Eventually, EA COO Peter Moore apologised for them.

That’s our list, it’s the one we’ve done. Did we miss your favourite time an April Fools joke backfired? Hit us up in the comments.