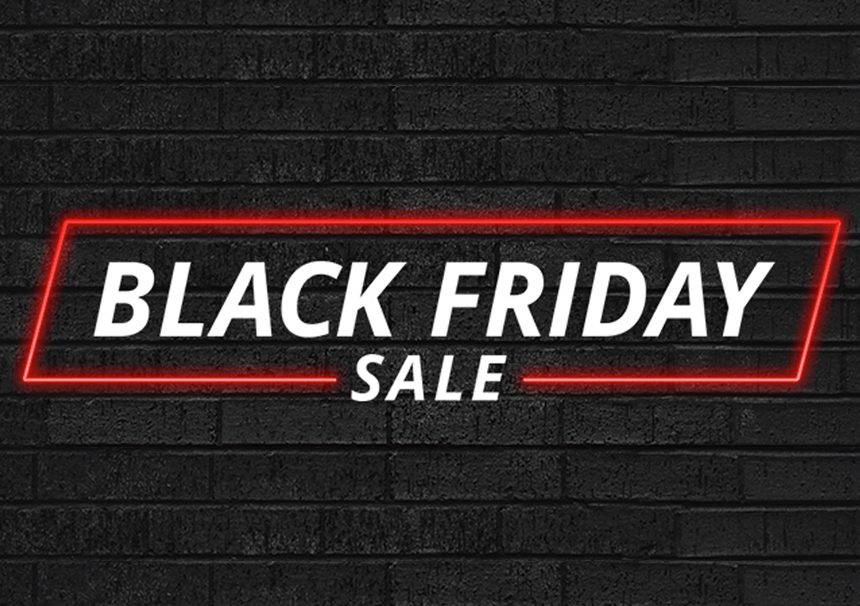 You’re probably already well aware that Black Friday has arrived (before the actual Friday). The huge sales mark the start of the Christmas shopping season and is the busiest shopping day of the year in the US.

That’s right, it’s that time of the year people camp outside stores and battle fellow shoppers to get the best deals. At Green Man Gaming, we’ve started our Black Friday Sale already and this year, we’re doing things differently. We’re focusing on the gaming community’s most wanted games (we asked everyone through our social channels and listened) and making the sale as simple as possible.

What do you need to do to get the best deal you say?

To give you a flavour for the amazing deals we have lined up for you, we’ve picked out 10 games you just can’t miss in the sale:

This game really needs no introduction. If you haven’t got the game already – why not? Don’t miss out on the chance to journey back in time to the Peloponnesian War and the battle between the city-states of Greece. Scoring 90% on PC gamer and 9.2 on IGN, this has been deemed one of the best chapters of the Assassin’s Creed saga to date and a must have for any RPG fan.

The fastest-selling title in the Far Cry franchise, this game takes you to the idyllic Hope County, USA. Home to a community of freedom-loving people and a fanatical doomsday cult, players must work alongside factions of a resistance to liberate the county from the despotic rule of the cult and their charismatic leader, Joseph Seed. The political elements of this game inspired by recent socio-political events also add an extra interesting aspect to the game’s story.

Capcom’s best-selling game, Monster Hunter World managed to exceed expectations by being a success not just in Japan, but also in previously less successful Western markets. This is your chance to hunt down, kill and trap monsters that roam in the magical environments offered in this open-world environment at a very, very good price.

The cool discount on this game will allow you to live out any of your fantasies to become the leader of a global superpower. Need I say more?  Well, on top of leading your fledgling civilisation through many millennia to world power, this game invites you to explore the world, found new cities, build city improvements and deploy military attacks.

Get your hands on bows, throwable projectiles, magic spells, swords and shields to fight off the enemies in the Kingdom of Lothric. The bleak, yet irresistible world is enthralling to explore and full of secrets that will compel you to return time and again. A worthy send off to the Dark Souls series, this game is well worth a go if you haven’t yet taken a step through the powerful journey it offers.

Set in the medieval Kingdom of Bohemia, an Imperial State of the Holy Roman Empire, Kingdom Come Deliverance invites you to assume the role of Henry, as he seeks to avenge his parents’ death and restore Bohemia’s rightful king to the throne. With a mix of battles, castle sieges and everyday tasks such as distilling alcohol and picking locks, this game really is a must-play.

Although this game launched to much furore, the subsequent major updates, including the addition of marine environments, have definitely elevated it to a truly unique action-adventure survival game that takes you to a magical open world universe. It offers the chance to explore a number of planets, each with their own ecosystem containing unique forms of flora and fauna. With the big new Visions update recently leaked adding five new planetary biomes, a greater variety of fauna and improved skies and atmospherics, this is a good time to get into the game if you haven’t already.

Set in the Warhammer Fantasy fictional universe, battle cooperatively against the Chaos army and a race of rat-men known as the Skaven. If you like Warhammer, fighting and apocalyptic events, make sure you take advantage of the discount on this game during the sale.

For Honor Marching Fire is one of the best answers to all-out-war out there. The most fearsome warriors confront one another in battle for resources and territory in the aftermath of a natural catastrophe. The recent Marching Fire update to For Honor welcomes a new faction of warriors fleeing ancient China. So, brandish your swords and get ready to see how they fare against the bold Knights, brutal Vikings and deadly Samurai.

If you recently had the chance to try out Rainbow Six Siege over the free weekend and loved it, here’s your chance to purchase it at an amazing price. If you didn’t get to give it a go, this game allows you to assume the role of an elite counter-terrorism agent on missions all over the world. Become an expert at rescuing hostages, hunting terrorists, securing areas and performing bomb disposal operations.

That’s the top 10, but there are plenty more games on sale for you. Make sure you grab your vouchers and get shopping!

0
Ori and the Will of the Wisps