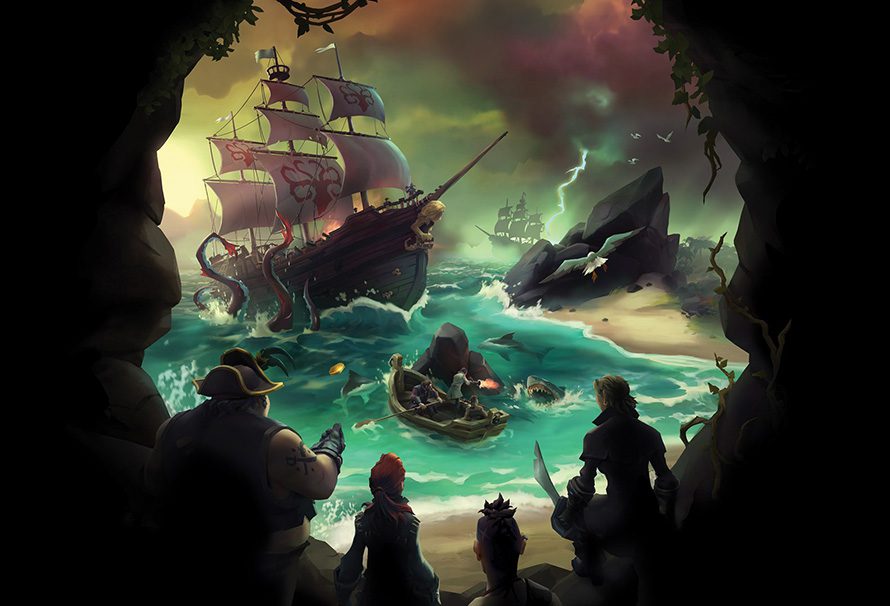 It’s International Talk Like A Pirate Day, so we’re looking at the top pirate games of all time. Pirates really do work in games They do whatever they like; they’re rowdy, they steal from everyone, and they’re misunderstood anti-heroes (sometimes). Brilliant video game character territory.

In no particular order, here are the top 5 pirate games, why? Because they ARRR. 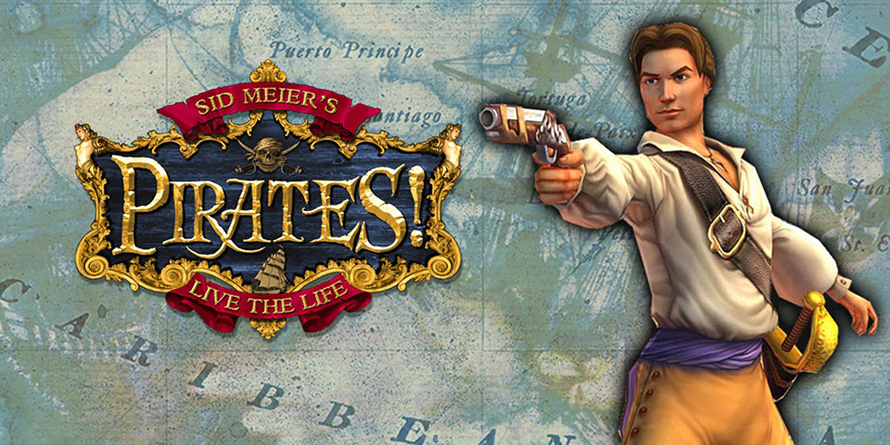 Known for his series of Civilization games, Sid Meiers also ventured into the stars with Alpha Centuri, and into the Seven Seas with Pirates! Rather than building and evolving a pirate civilization – which, to be fair, would be amazing – you are a pirate captain with one ship and one crew. You can be a fighty pirate, a trade-y pirate, or go full legitimate buccaneer. This really does give you the freedom to pirate in how you see fit, and just like pirates in real life you’ll probably find all that legitimate and rule-following way too much hassle. Just borrow stuff without permission, sell it and buy bigger cannons, repeat!

Anyone who’s been on the Green Man Gaming forum for more than 5 seconds knows that this is one of my favourite games of all time. A JRPG from SEGA originally on the Dreamcast, Skies put you in the piratey boots of Vyse, a Blue Rogue pirate. Two things you should know about this game: One, you’re a Chaotic Good pirate, so you and your crew are pretty nice guys, and two, the ships are AIRSHIPS. The skies are the ocean complete with floating islands and discoverable lands, ports and adventure. Probably one of the best stories in a game I’ve played and certainly some of the best turn-based combat, as well as great ship combat. And yet no remaster…

You can’t say ‘pirate’ without everyone’s favourite lovable, permanently down-on-his-luck, mighty pirate, Guybrush Threepwood. Out of the four titles from the series, two have been remastered and look gorgeous with new art and new voice acting, but the third one is my personal favourite. Curse of Monkey Island is a point-and-click game where Guybrush must ‘Use’, ‘Speak’, and ‘Examine’ his way to defeat the evil zombie pirate LeChuck. I replayed this recently as an adult and about 40% of the jokes now make sense, it’s so great. Some say its the swan song of the golden point-and-click days, I can’t recommend it enough especially for people who don’t like action games.

If you want the AAA modern pirating experience, you can’t do much better than Assassin’s Creed’s fourth entry, Black Flag. Taking the series to the Caribbean, this was the first game in the long-standing series that put an equal, if not more, emphasis on the non-stabby part of the character and story. Your pirating exploits are just as integral to the game as you assault forts, hunt whales, fit more pistols on your body and hang out with a who’s who of famous pirates on Nassau. And it’s not all larks and no substance. The expansion Freedom Cry has you play as your African first mate Adéwalé as you combat slavery in the Caribbean, which can really expose you to the inhumanity and atrocities surrounding slavery during that period.

Something all the above games are missing is the thrill of being a privateering cad on the open waves, but with your mates! Sea of Thieves let’s you and your most bearded friends gang together on a ship, and pirate about in an open world sandbox. Take on bounties, missions, find treasure and, of course, compete with other crews. Will you find the buried treasure and bring it back, or will another posse of freebooters ambush you in the bay and try to take you unawares and unprepared? It’s fairly new so new content is being added all the time, such as new islands, ship types, skeleton crews and giant sharks. I assume the giant shark is mates with the giant squid/kraken.

That’s our top 5 piratey games for pirates. Good thing too because I was running out of words for pirates. Whilst talking like a pirate today, really get in the mood and play some of these too, you won’t be walking the plank of disappointment.