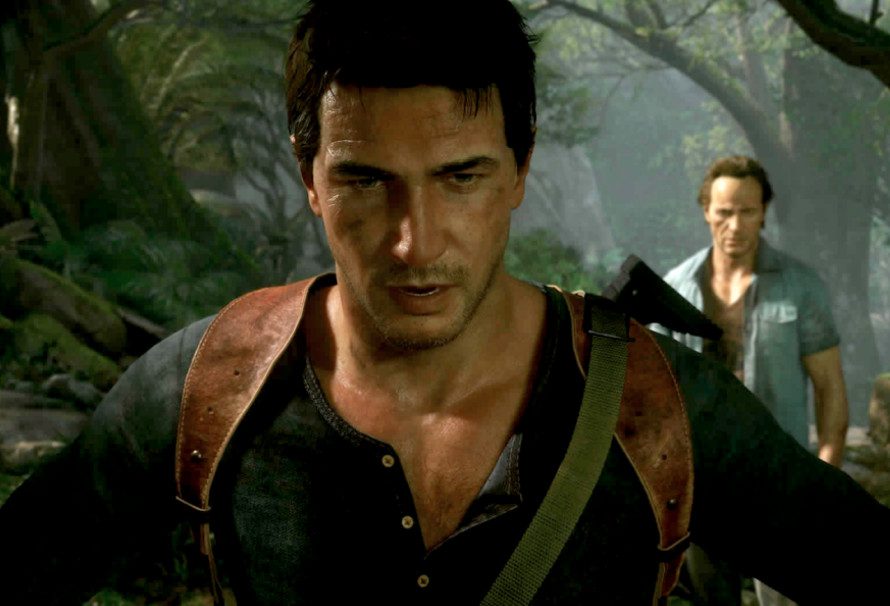 Uncharted: The Lost Legacy, the first Uncharted game to not star Nathan Drake is arriving 22nd August. So of course we’ve ranked our favourite Uncharted games, how will the new one fit in I wonder?

FOURTH PLACE, In last place is the first entry to the Uncharted game, Uncharted: Drake’s Fortune…sorry

We wouldn’t have had three more games if it wasn’t for the first in the series and this game did a great job at defining a fantastic new hero in gaming. This game introduced us to the Nathan Drake and his mate Victor Sullivan. I love games that I don’t have to play solo, sometimes they get too lonely, but the dialogue between these two characters keeps the story alive and by the time the story takes a turn, you’re already heavily invested in their friendship. Uncharted games were not created for the shooting, which usually comes in waves, broken up by bosses, instead they are for the characters, the adventures, the puzzles, the treasure and the weird magical elements that are prevalent throughout. There’s also zombies, I love zombies.

THIRD PLACE, In at number three, Uncharted 2: Among Thieves

It all gets a bit soap opera in Uncharted 2: Among Thieves. There’s the introduction of Drake’s old flame Chloe, who is set to be the main character in the upcoming Uncharted: The Lost Legacy. I don’t instantly warm to her. I understand how they are trying to portray her character as this strong, best in the biz, ruthless, heroine, but she doesn’t quite clinch it for me. Not until later, and we see her softer side anyway. I didn’t really understand the boss at the end, although I loved the setting of discovering this hidden city of Shambhala and these strange monsters that inhabit it that try to fight them off. They’re even better on the lead up to the city, when they are dressed in Yeti costumes. The journey to get to Shambhala is long, but it’s well worth the wait and all the action and mystery found in this magnificent place. However, the end game takes a turn and you’re basically thrust into this small cave to fight the baddy that has drunk the special tree sap that gives him superhuman powers (okay) and you need to blow up a bunch of weird crystals to kill him… Then there’s some more explosions and the city starts to fall and Elena is left badly injured. YAY back to love story!

Nathan Drake and his pal Sully make for a great story in itself and this Uncharted makes the most of exploring their friendship. The setting takes a turn from the lush, exotic familiarity of the first two Uncharted games and explores Arabia and Francis Drake’s secret voyage. The story is great at filling in Drake’s back story and we learn more about our favourite treasure hunter. There’s also plenty of flashbacks to how Sully and Nathan meet and these are tons of fun to play, as a scrappy young Nathan Drake already on the hunt for answers. The walk through the desert scene is a little painful, but it’s part of the uncompromising nature of this game. I absolutely loved diving through the boat in panic and riding horses across dusty planes, jumping from car to car shooting baddies!

FIRST PLACE, How could it not win, Uncharted 4: A Thief’s End

THE GRIT, THE EMOTION, THE ARGGGGGH. I just loved this game, I played it at ridiculous speed, because I just needed to know what would happen to Nathan Drake. It’s perfect. It starts out with him leading a pretty nice, if a tad humdrum (for him) life with his wife Elena, who has been there since the beginning. Before, his long lost brother turns up! OH MY. Then it’s all running away from his lovely life with his brother to find buried treasure and Drake being torn between settling down and rampaging through tombs. It explores more of Drake’s troubled past and how his brother grew up and then [NAMELESS TERRIBLE INCIDENT]. The characters including Nadine, who features alongside Chloe in the new Uncharted, and the villains and incredibly villainous. The end boss fight is one I’ll never forget, followed by Nathan Drake’s sign off, which resulted in an emotional post-Uncharted few days.