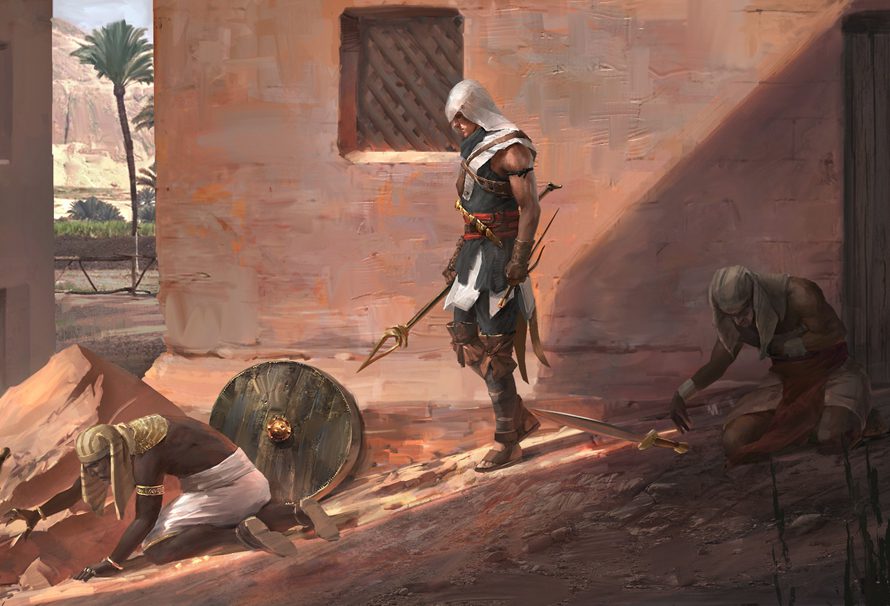 With E3 a mere couple of days away and the flurry of leaks that are surrounding the next Assassin’s Creed game, we thought we would put a wish list together of what we would love to see in Assassin’s Creed Origins, (If that’s what it is called (it is))

Sailing On The Nile

It appears from the first leaked image we saw of Assassin’s Creed Origins that there will be some boat gameplay of some sort. Probably not to the extent that Assassin’s Creed: Black Flag had, but some nice Nile river sailing would be great. The idea of jumping from boat to boat to assassinate people on the Nile does sound pretty awesome.

The melee combat in Assassin’s Creed has always felt more defensive than offensive and we would love to see more of a battle system maybe akin to Shadow of Mordor. In a couple of recent leaks, we have seen the main protagonist armed with a sword and shield, so you never know.

Riding off of the leak mentioned above, the same picture does depict the protagonist with a bow and arrow as well. Even though Assassins Creed III wasn’t my favourite game of the franchise, I did like it’s bow and arrow gameplay. Let’s hope it’ll be on par with the likes of Tomb Raider and Horizon Zero Dawn.

This is kind of a given but I would love to see a story that gives us all aspects of Ancient Egypt. From experience, the high life of the pharaohs, to really take in the sights and sounds of busy Egyptian cities and landscapes. From previous Assassin’s Creed games I’d expect to bump into famous people from history such as Cleopatra or Tutankhamun. Would also be good to get a more in-depth look into the Ancient Egyptian gods as well.

They could even stick in the creation of the Sphinx for good measure.

Who doesn’t want to dive straight into the pyramids of Ancient Egypt. Newly built these things could potentially be death traps for anyone who dares adventure in them. Ubisoft could even go to the extent of making the pyramids like explorable dungeons full of booby traps. That would be amazing.

Imagine synchronising on the top of the great pyramids of geyser, that would be a sight to behold.

We should hopefully get an official announcement on Assassin’s Creed Origins during Ubisoft’s press conference at E3. Feel free to join us as we live blog the conference on the 12th June at 1pm PDT/ 9pm BST.

Facebook Twitter Google+ LinkedIn Pinterest Tumblr
Previous article The Best Ever E3 Announcements
Next article What We Want To See From Detroit: Become Human at E3