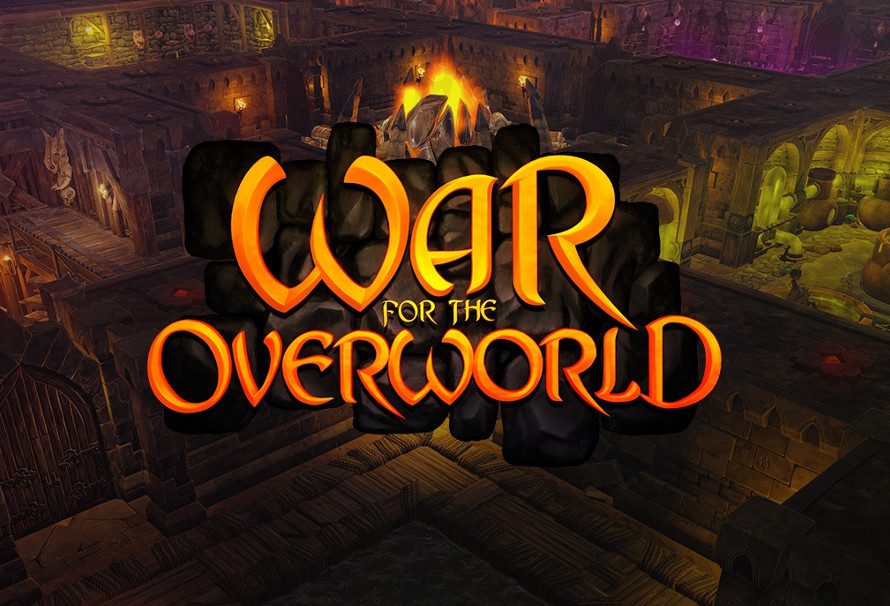 There have been a few games that have tried to capture the essence of what made the original Dungeon Keeper great. There’s the black humour, the mining out your dungeon, the training of your myriad evil forces and the crushing of the foolish overworld dwellers. None have really come close and nailed all the elements so much that Dungeon Keeper creator Peter Molyneux has given them his blessing as a spiritual successor…

…until War for the Overworld.

It’s Good to be Bad

The thing that everyone remembers from Dungeon Keeper was the whole “Hey, you’re the bad guys now!” But it’s not done in a way where you are the anti-hero, you are actually the dungeon-dwelling, monster-recruiting, killing, raiding, torturing and imprisoning Keeper. The Overworlders (AKA the good guys) will come and try to wipe you out and take your gold, and you’ve got to stop them. The narrator/advisor had flawless evil and cunning in his voice, and he’s back again (really, the same guy!) to teach you how to fell the Heroes. Creating large mazes of tunnels laden with traps, luring them where you want them and then dropping all your level 10 creatures either side of them when they’re nearly dead is a unique feeling still to this day.

Carve out the Earth

Building a dungeon has never been so much fun. You simply click on the tiles that you wish your Imps to mine out (don’t forget to slap them to get them to work harder!) Mining out the right sized rooms shouldn’t be this satisfying, and then attracting new creatures through your Portal depending on what you’ve built. Build a Library to get Warlocks, build a prison to capture the goodies and turn them into skeletons, and build a lair to watch your creatures set up their weird individual beds and get some kip. Watch out though, some creatures don’t like each other and will not want to be close. Also, you need a Hatchery, which is a room full of chickens that your hungry creatures will visit. And, just to show how relatable they are, even creatures in pitched battle will rather head to your treasury on Pay Day to pick up their wages. This is a real Sim game.

Multiplayer is back as well, and even in the single player you will regularly fight other Keepers for the right to slay the pitiful overworlders. Multiplayer Dungeon Keeper was hilarious, but also highly strategical. With all the rooms open to you from the beginning, different keepers will try different tactics and mixes of monsters. Depending on your play style, you may forego things like traps or spells altogether. War for the Overworld features multiplayer, as well as a Crucible Mode with regular challenges and ‘gameplay mutators’, to add more variation and randomness to the dungeons you play.

Campaign for the Overworld

The single-player campaign is back, and so is the map of the overworld that you will slowly conquer. Each land has a lovely name like Cosyton and Neversmile, and is screaming to be undermined…literally. Each level introduces a new mechanic through a unique level. One of the earlier ones sees you trying to take out a cowardly Hero who will not leave his base if he senses danger. Therefore you must learn to build traps to lure him out of his base. This introduces the Workshop room, and the Trolls who will come and build traps, doors and bridges for you. Each level is unique and has plenty of secrets to find. So get mining and exploring!

Your Creatures Need a Bigger Lair

Your creatures are your bread and butter, and also the real stars of the show. Not many strategy games will have you build your base in order to attract your units instead of directly being in charge of their quantity. Because they are of limited number, you want to train them up too. They can reach a maximum of level 10, and each level makes them more powerful, and learn new abilities. You’ll have that one Chunder who’ll turn up and eat all your food and take up all the space in your lair, but you’ll grow fond of him and train him up to win all your battles. Even your Imps will gain a place in your cold, black heart. You may even stop giving them a slap.

War for the Overworld is currently in our Summer Sale, pick it up now and start loving being the Bad Guy.