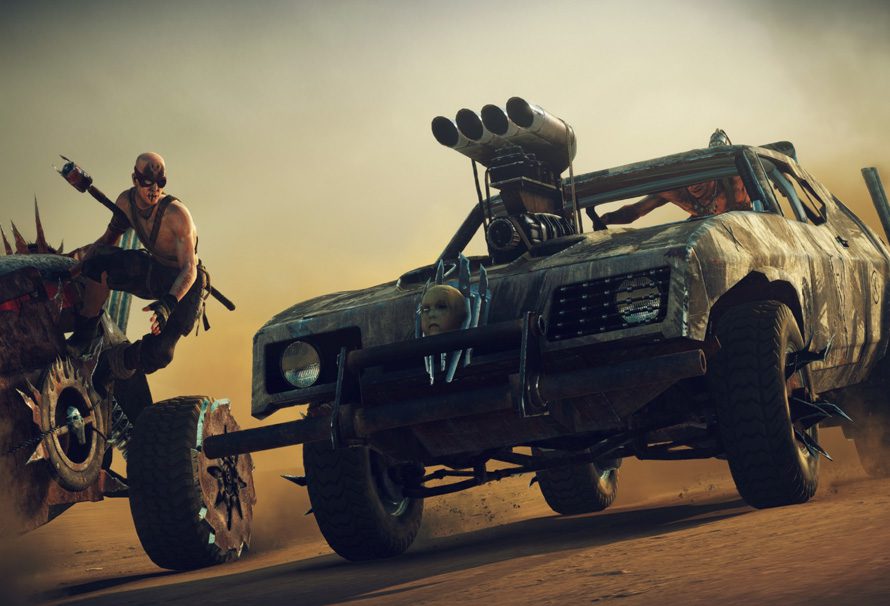 So you’re on the fence, you want a new game and you’re looking at our Summer Sale, but you don’t know what to get. Here’s 5 Reasons to play…Mad Max.

The Cars are Great

You get a load of cars, or at least you *can* get a load of cars, but the Magnum Opus which is your main companion throughout your dusty adventure is just a brilliant vehicle to get behind the wheel of and go on a little rampage. You can customise its loadout and how it handles, stick different wheels on it, get heavier armour, and this all changes how you drive. If you’re heading out into the desert you’ll want tyres that can handle that, but if you’re assaulting a base maybe you want to be armoured in layers of thick steel. There’s upsides and downsides to almost every decision you make regarding your car, but it never ever feels like a chore. Your car is your baby, it’s your mobile home, and it’s made to kill.

It Steals From The Best

Arkham Asylum has the best melee combat in the business, and there’s a reason why everyone nicks it. Sleeping Dogs did it, Shadow of Mordor did it, and Mad Max does it. And it’s great! It works, you have varied enemies and it’s never not fun to absolutely smash their heads in with brutal takedowns. It’s got the level of brutality that I’ve only really seen in things like The Last of Us, and here it really works in this post-apocalyptic setting. It’s challenging too, there’s quite a few bases where you’ll have to fend off hordes, and it might take you a few tries to get through them. Throw in a few weapons you can pick up and an unlock system that lets you determine how good you want to be with those weapons, and you’ve not only got yourself a combat system that’s brutal and fun, but one that’s also got surprising depth.

Look it’s an open world action driving game with RPG elements so you don’t expect that the story will be any good, but surprisingly Mad Max’s story is alright, it works for the setting and the character. What’s his motivation? He wants his car back. That’s it, no save the world, no save yourself, just he had his car nicked and he wants it back. OK there’s side stuff and as it’s a prelude to Fury Road it’s got some stuff that adds context to some of the events of that film, but the main motivation is simple for a simple man. Man not have car. Man wants car. The end. Brilliant.

I’m not going to say much here,  just look at it. LOOK AT IT. It also has the storms from Fury Road in it, and they’re ridiculously good to look at and be in too. No matter what else, if you want a game to take your breath away from, this is it. From sulfur pits to desiccated shorelines, Mad Max is stunning.

Your mechanic buddy serves two purposes in the wilderlands of Mad Max. Firstly for the game itself he repairs your car when you’re out and about, meaning you don’t have to waste time driving back to outposts to get the dents ironed out, which is great. Secondly, he’s just brilliant fun to be around. The man is obsessed with cars and explosions, and his ridiculous joy whenever you do something cool in the Magnum Opus is a tonal counterpoint to the grimdark Max who’s just bitterness in human form. He also acts as a little bit of a tutorial, letting you know about the various threats and things to do as you travel the wasteland.

Right so if you’re not sold by now, go read the article again because you should be. Mad Max is a game that knows its strengths and plays to them, so if you’re interested in a good open world action game with decent driving and a beautiful open world, then Mad Max is for you. It’s in our Summer Sale for a great price too, so check it out!

BioMutant Announced By Ex-Just Cause And Mad-Max Developers