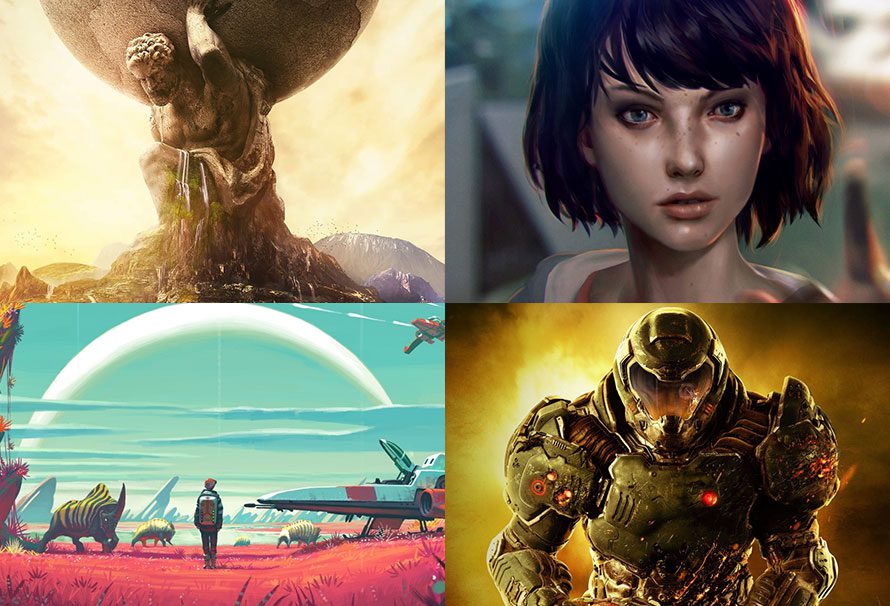 The Green Man Gaming content team have been busy writing wonderful gaming things, but now and then, we need a break. I know that to you we are just the news monkeys, but there’s more to us than typing furiously between sips of coffee. Not that it comes as a surprise, but we love games and although Black Friday has been a tumultuous ride through red sale banners, we’re feeling grounded once again. Mainly because of our amazing Black Friday deals, so here’s what the team bought.

Being the avid FPS shooter fan I am I managed to get an awesome deal on DOOM. To say I am in love with this shooter is an understatement. Thanks to my Dad I grew up with the original DOOM and this new game is basically the original 1993 title in a brand new shiny engine. Also thrown in were a couple of extras such as Gory kills, rune challenges and secondary fire on pretty much all of the weapons. They’ve even thrown in a storyline that I got into!

If you’re looking for a senseless over the top shooter or just a massive nostalgia trip then I’d suggest giving DOOM a shot!

Well, I’m quite a thrifty shopper so I normally try to nab some Christmas bits during the Black Friday Sale.

First up, I bought XCOM: 2 on the Xbox One (more expensive than the PC version, but I don’t want the PC version, god damn it). So what’s XCOM: 2 about? Don’t ask me, I bought it for my boyfriend. But I do know that if you like Aliens and RTS games, then you’ll enjoy this game.

I also grabbed the Gears Of War: Ultimate Edition (pre-owned) for £10. I wanted the remaster of the first game but I definitely wasn’t going to pay £30 for it! Especially as the original is already available on the Xbox One. If you haven’t played any of the games in the Gears of War franchise yet, I do really recommend it. It’s proper hardcore, FPS action, with a bit of story and some solid co-op slapped in. You honestly can’t go wrong for a tenner.

While I’m on the subject of Gears- Gears Of War 4 was only £25 during the Black Friday Sales. That is absolute madness! This is a pretty new, AAA title we’re talking about. So of course I was all over it, like a tramp on chips. I haven’t started it yet, so I can’t tell you if it was worth the £25, but it’s all installed and ready to go!

I find it hard to cope with buying something that’s not in the sale, so when it comes to Black Friday, I pretty much sign up to all and every newsletter and retailer subscription I can. Only to regret the swamp of emails come Monday.

This year was no different and I was thrilled to get Civilization VI for a great price! A great strategy game that screams Christmas holidays! I’ve dropped a lot of hints about Rise of the Tomb Raider this year, so I’m hoping that someone picked that up for me. I also got Life is Strange, which is a great story driven game I really recommend to those that like decision based games, a beautiful cross between the Telltale’s The Walking Dead and Quantic Dream’s Among Two Souls. I know there are still some great deals on this at the moment, so it’s not too late.

So, everyone’s been talking about No Man’s Sky and all the news and hype around it (good and bad) and it has really got me thinking about actually trying it out myself.  I do like space themed games and love how the graphics are so impressive.  Plus the new update means that it’s offering even more in terms of gameplay modes and I can build even more stuff!  When’s a better time to grab a copy of No Man’s Sky than during Black Friday? Got it at 40% off! Woohoo!

With deals still happening, including Cyber Monday madness, take a break from the Christmas shopping and treat yourself.