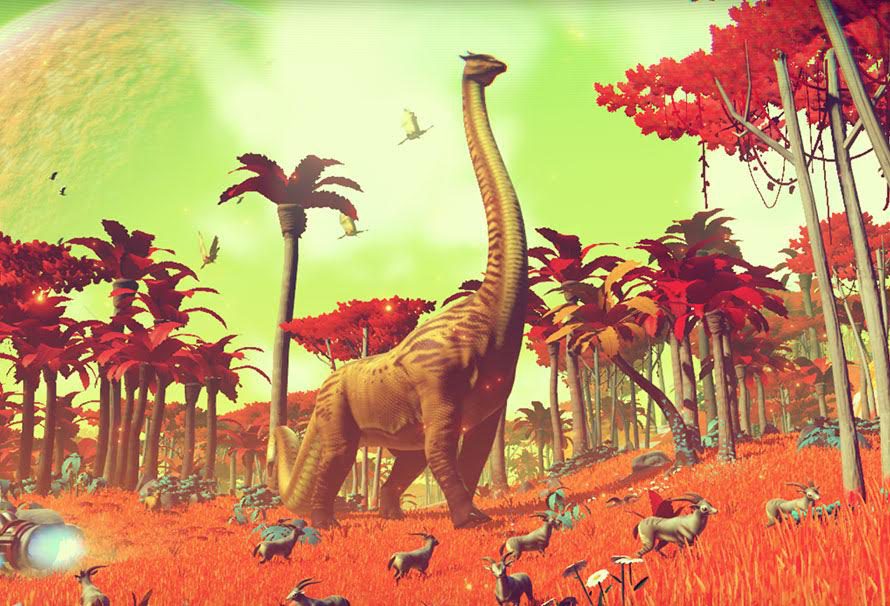 After months of silence from Hello Games, finally No Man’s Sky got it’s first massive update over the weekend.

The Foundation Update brings in some big big changes to the No Man’s Sky universe. You can now build bases, buy moon sized freighters, research new aline technologies. You can even do a spot of farming should you want to experience agriculture on an alien terrain. So we thought it would a great idea to see what this new update was about.

As soon as the game loads players get to choose from 3 gameplay modes, Normal (for those of you who want the ‘classic’ No Man’s Sky experience) Survival, (if you like a more punishing challenge to your space adventure then this is for you) and Creative (this is for people who just want to build massive bases with unlimited resources). We jumped head first into creative to mode to see what we could build.

As this was the unlimited, no holds bard mode. We jumped straight into creating a base. The base building itself was pretty intuitive. It felt like the settlement building in Fallout 4 but with a better snap mechanic. Within minutes we were building some pretty extravagant looking bases.

The bases building wasn’t just about placing corridors and rooms down either, as we were able to put in furnishings such as beds, tables and chairs. We could also install work stations for other alien species to work at. These work stations allow players to complete small missions in order to unlock more thing to build, better weapon technology and even more farming options. This also means you have a variety of aliens co inhabiting within your base. It’s okay though, they can feed and water themselves.

We were surprised with the amount of stuff that you can build. As well as your base building basics, players can build an array of handy tools to help them whilst they explore the planet. Say you want to explore your home planet more thoroughly, you can now leave your home base and set up a small camp elsewhere.

Save points and homing beacons can be built anywhere on your new planet, which is pretty handy should you find yourself a bit stranded and down on materials. You are also able to build auto mining machines should you find a huge deposit of resources.

The base building and the creative side of the Foundation Update bring some great potential to No Man’s Sky. We actually feel that the game has a bit more purpose now, as you strive to build bigger bases and make new alien friends on the way. We are yet to jump into experience the new freighters and what else the update has to offer, but from this little run in creative mode, we can safely say that No Man’s Sky is taking the right steps to become the epic galaxy exploration game we were hoping for.