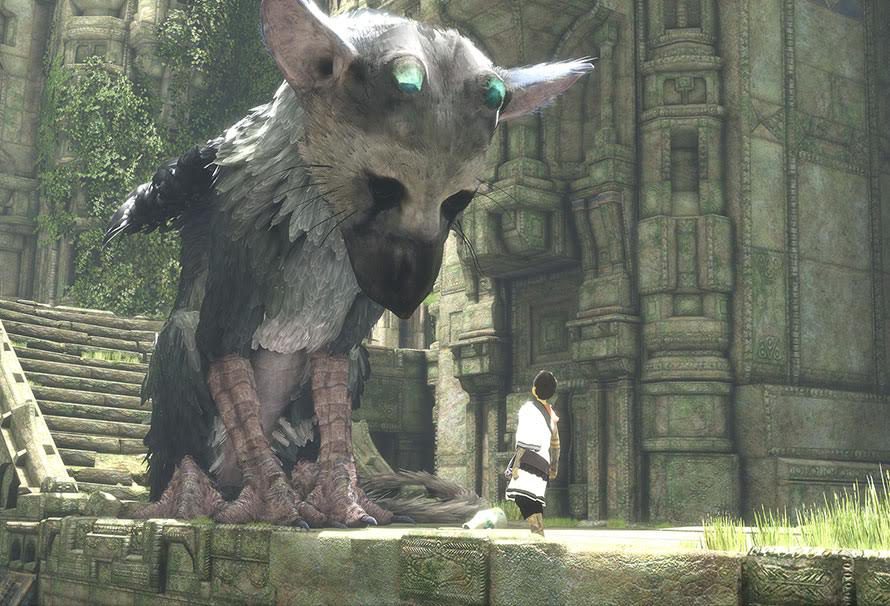 Since first whisperings of The Last Guardian started in 2007 and with a couple of delays thrown in for good measure, we are finally able to get our hands on the game on December 9th! What can we expect from this epic tale between child and huge dog cat bird thing? Here is what we know about The Last Guardian.

The Last Guardian in a nut shell

On the surface The Last Guardian is a third person platformer, it is the spiritual successor to the popular Ico and Shadow Of The Colossus PS2 games which were released in 2001 and 2005. The Last Guardian is aiming to capture the same atmosphere the previous games did through combat, exploration and puzzle solving.

The story of The Last Guardian revolves around a boy who is kidnapped and taken to a large and expansive castle. He wakes to find himself covered in tattoos and wastes no time for find a means of escape. During his escape from the castle the boy encounters Trico, a humongous creature similar to a griffin but looks like a mixture between a cat, dog and bird. The story then continues with Trico and the boy building a special bond as they try to escape.

How did the hype for The Last Guardian begin?

Even though rumours of the game started way back in 2007, The Last Guardian wasn’t officially announced until 2009. It was in 2008 however, that Sony started teasing the game properly on the developer’s website with job postings and confirming that the developer, Team ICO was working on a brand new project. There was no conformation on what ‘the new project’ would be and it just generally got fans buzzing as both Ico and Shadow Of The Colossus were massive hits.

After the rumour mill got into full swing The Last Guardian was officially announced at E3 in 2009. Initially the game was going to be a PlayStation 3 exclusive. The trailer looked amazing and as you can imagine it turned the hype up straight to 11. In the months after it’s official reveal, more information and screen shots were released to the public. The game then made another appearance at the Tokyo Game Show in 2010 and it received it’s first release window of holiday 2011.

Around six months before the game was due to release back in 2011 the game had been put on permanent delay. One of the key driving forces of the Team ICO studio Fumito Ueda quit the company in November 2011. As you can imagine this shook up the games development substantially, fans were even questioning whether the game would release at all. Luckily Ueda stayed with Team ICO as a freelancer, he was under contract to finish The Last Guardian but several of his colleagues who were highly ranked within Team ICO followed Ueda’s lead and left the company. In December of 2011 however it was revealed that the mass walkout from Team ICO was not hampering the creation of the game, and The Last Guardian team were still working hard to get the game finished.

At the beginning of 2012 Sony confirmed they had enlisted the help of some of their first party developers to help with the completion of The Last Guardian. This unfortunately drove a lot of doubt within the community of what was happening with the games development. E3 came and went with no word about The Last Guardian, both Ueda and Sony declined to give any comment about the games development. It was also revealed in September that Sony’s ownership of The Last Guardian trademark had expired, luckily it was announced a month later that Sony had renewed it.

In 2013 the PlayStation 4 was revealed and with it plans to move The Last Guardian to the new platform had begun, reportedly against the will of Ueda. Sony brought in additional help for the game to be moved onto the next PlayStation platform. During 2013 and 2014 news about The Last Guardian barely surfaced which got fans thinking wether the game would ever come out at all.

E3 2015 brought the return of The Last Guardian! This was when it was publicly announced the game would be coming to PlayStation 4 officially and the game would be releasing in 2016. The gameplay footage showed at E3 2015 was not new however, just enhanced for the PlayStation 4 platform. The hype trial started rolling once more even though the game had far surpassed its official release date.

2016 came around at The Last Guardian had been given a release month of October. It was then pushed back to September and then delayed a third time until December 2016. Fans were getting skeptical stating that they wouldn’t be surprised to see the game being pushed back until 2017. It was then announced that the official release day for The Last Guardian would be December 9th 2016.

It has been a long and bumpy road for The Last Guardians development, but we are so relieved that the game will be in our hands next week.