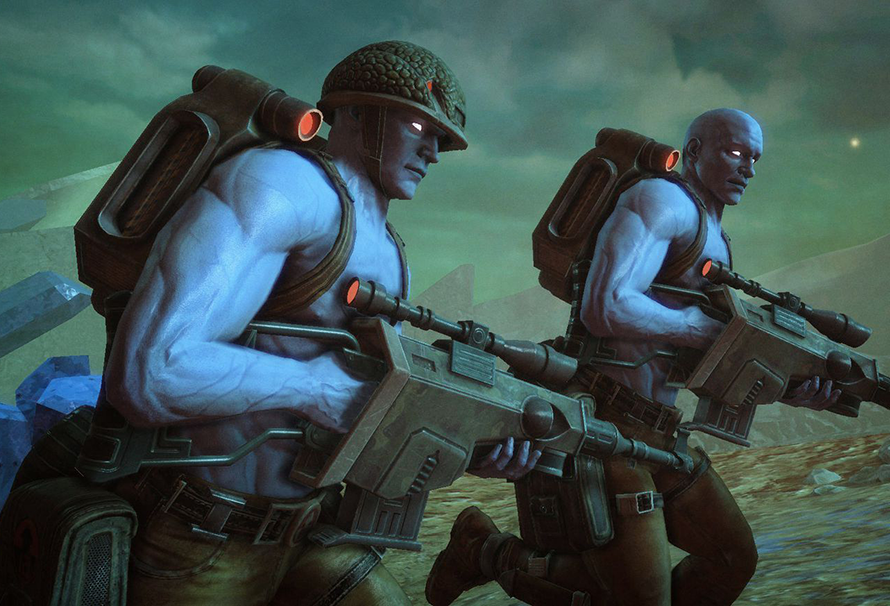 theHunter™: Call of the Wild – Medved-Taiga

You’ve hunted among the rolling hills of Hirschfelden and explored the iconic Layton Lake District. Now get ready to face nature’s most challenging conditions during a rare hunting expedition to Medved-Taiga National Park. Inspired by the harsh, frozen landscape of Siberia, you’ll traverse the unforgiving tundra, enter into the drunken forests and venture out on the frozen bay. Here, the weather can turn at an instant, leaving you swept in whirling snow and surrounded by cracking ice.
THE ANIMALS OF MEDVED-TAIGA

Despite its grim appearance, Medved-Taiga National Park is bustling with life. You will find prey like Musk Deer, Reindeer (also known as Caribou in North America) and Wild Boar. But larger species also roam. The majestic Moose travels these plains, as does the fierce Brown Bear. Perhaps most unique of all – hunters in this reserve will face the highly intelligent and ghost-like Lynx.
MISSIONS AND MEASURES

The open world of Medved-Taiga National Park measures 25 square miles (64 square kilometers), the same impressive size as Hirschfelden and Layton Lake District. It features a brand new, exciting narrative with 32 missions, 50 side missions and countless unique sights to discover.
You take the role of an expert survivalist and hunter contracted to assist Alena Khasavovna and her scientific expedition. In addition to being a highly-trained climatologist, Alena hails from a reindeer herding people native to the region, offering her a unique insight into its challenges. The expedition is off to a bad start, and it’s up to you to gather your group, help the locals and make sure everyone gets through the expedition in one piece. But it won’t be easy. Not everyone – and everything – wants you to succeed.
SHARE YOUR EXPERIENCE

As with previous paid DLCs, players that don’t own the content themselves can join a multiplayer game set in Medved-Taiga National Park at no cost, by finding a player that owns it and simply joining their game. Multiplayer games allow hunters to compete or cooperate – the latter should prove useful in this challenging reserve. Lastly, the ATVs (available as a separate DLC purchase) are of course fully functional here. Driving on ice is as fun as it is nerve-wracking.
DRESS UP, HEAD OUT

To celebrate the release of Medved-Taiga National Park DLC, all players of theHunter: Call of the Wild will receive a free new set of clothes (purchasable with in-game currency) to enjoy in any of the game’s hunting reserves. And available exclusively for players brave enough to take on Siberia, there may just be a variation of one of the game’s weapons waiting for you as you progress through the brand new storyline…
A WASTELAND FULL OF LIFE

Medved-Taiga National Park features a dramatic environment unlike anything you’ve seen (let alone hunted within). The permafrost engulfing this region has created a massive sinkhole and forced clusters of trees to grow shallow roots, making them tilt and form the characteristic Drunken Forest.

Not even the rock formations remain untouched by the elements. The impressive Lena Pillars have been ground down and shaped by the elements for millennia, slowly carving their unique silhouettes.

The original 21 track Rogue trooper soundtrack!
An exclusive Rogue trooper comic, inspired by the game
2 sets of HD desktop wallpapers
A pioneering tactical shooter and landmark comic book adaptation, Rogue Trooper is back, remastered and revitalised in true high definition.
Experience acclaimed combat and explosive third person action in this BAFTA-nominated tale of betrayal and revenge at the far reaches of the galaxy.

You are the last Genetic Infantryman (GI). Bred for war and betrayed by your superiors at the Quartz Zone massacre, you stalk the battlefield as a one-man squad, carrying the sentient biochips of three fallen soldiers in your rifle, pack and helmet.

Your mission? Fight your way across the chemical-blasted wastes of Nu-Earth – a planet ravaged by an endless apocalyptic war – in search of the Traitor General… and payback!

ACCLAIMED CAMPAIGN
Fight through 13 expansive missions across iconic locations from the Rogue Trooper comic including the Quartz Zone, Petrified Forest and Harpo’s Ferry.

CUTTING-EDGE COMBAT
Experience Rogue Trooper’s timeless blend of stealth-action gameplay, cover-based combat and epic set-pieces as you cut your way through a swathe of Norts and vehicles with Lazookas, explosives, turrets and more.

ONLINE CO-OP
Test your mettle in online co-op for 2-4 players. Defend your position against incoming waves of deadly Norts in ‘Stronghold’, or fight your way to safety in ‘Progressive’ mode!