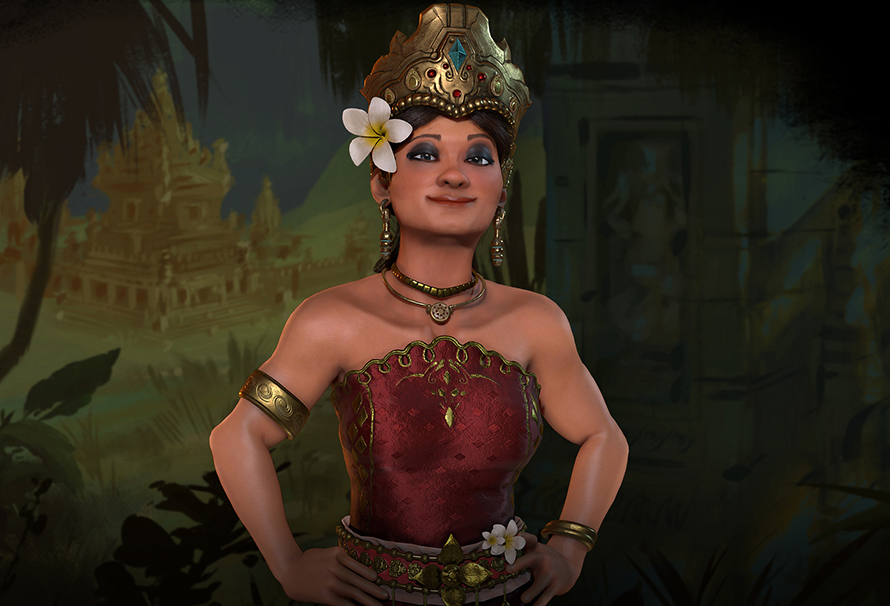 A first-person fight to the death in the depths of space.

You’re a renowned hacker, the most notorious cyberspace thief in the corporate world. Caught during a risky break-in, you become indentured to Diego, a greedy Trioptium exec who bankrolls a rare cyberjack implant operation. After six months in a healing coma, you awaken to the twisted aftermath of a terrible disaster. Where are the surgeons? Why is the station in such disrepair? Slowly, the chilling realization that something is very wrong creeps over you.
Once a prime corporate research facility, Citadel now teems with mindless cyborgs, robots and terribly mutated beings, all programmed to serve SHODAN, a ruthless A.I. There’s scarcely time to think before it unleashes the first terror…

Twenty one years after its first release, System Shock is back!

The Enhanced Edition adds a modern touch to this true classic gem, without taking anything from its unmistakable atmosphere.
See for yourself that the game that has been called the benchmark for intelligent first-person gaming, has lost nothing of its ability to keep you on the edge of your seat.

Rocket through cyberspace to steal information, hack security and grapple with watchdog defense programs enslaved to a maniacal computer.
Survive battle after battle against armies of killer cyborgs and deadly robots as you collect hardware attachments, life-sustaining patches and deadly weapons to combat mindless mutants.
Test your intelligence by solving puzzles, rewiring access panels and outwitting SHODAN in its own cyber-realm.
Enjoy the vastly improved controls and graphics of the Enhanced Edition – or keep your experience as close to the original as possible with the Classic version.
Included Extras located in your Steam\SteamApps\common\SS1EE\Bonus Content folder!

Enter the wacky & whimsical world of Uurnog Uurnlimited, where you have only one goal: find your way around the world, and steal all the animals! Why?
Because they’re adorable, and because video games.

Uurnog Uurnlimited is a delightfully silly 2D platformer inspired by games like Super Mario Bros. 2, Lyle in Cube Sector, and Dyad. Play single-player or co-op, explore the world through its many mysterious doors, solve puzzles and gather the items and animals needed in your Save Room. Careful though — the Save Room also saves your mistakes (urr nurr!)

What else does it have, you ask? Chaotic neutral NPCs that can mess with your game! Algorithmic music that adapts to the gameplay!

CLASSIC 2D PUZZLE PLATFORMER: Solve puzzles and collect animals, then bring them back to your Save Room.
CHALLENGING BOSS FIGHTS: Survive long enough and you may even meet the Uurnog!
SWEET ALGORITHMIC MUSIC: Adapts the melody, tempo, key, and more to the gameplay.
PLAY SOLO OR SHARED SCREEN CO-OP: Real talk: everything is better when you’re playing with a friend as an adorable puppy, right?
MULTIPLE ENDINGS: Shhhh. I hear there may even be some secrets to discover…

Beast Mode: Night of the Werewolf

Beast Mode: Night of the Werewolf is a goofy, fun, competitive, over the top Arcade Beat ‘Em Up. Master the layout of each level to string together the biggest kill combo in the shortest amount of time to earn the highest score and submit it to our online leader boards! Flex your paws, sharpen your claws and lay those hippies to rest!

Although Beast Mode: Night of the Werewolf is not rated, it’s intended rating is Teen 13+ due to cartoon violence and crude humor.

All DLC for Beast Mode: Night of the Werewolf will be free to those who have purchased the base game. There are plans for two free map packs this year coming in Summer and Holiday 2017.

Jayavarman VII leads Khmer and Dyah Gitarja leads Indonesia in Sid Meier’s Civilization VI! Though each is versatile and unique, both civilizations bring new challengers to the religious game. Indonesia is a strong coastal civilization with potential for a huge Jong-powered navy, and the Khmer thrive in their populous riverside cities. Both of these civilizations come into play in the new “Path to Nirvana” scenario, where you compete to have the most followers of your religion on a unique Southeast Asia map.

Includes the Khmer civilization with Jayavarman VII, the Domrey unique unit, and the Prasat unique improvement.

Civ Unique Ability: The “Grand Barays” ability gives Khmer additional food when Farms are built next to Aqueducts, and Aqueducts provide both Faith and an Amenity.
Leader Unique Ability: Jayavarman’s “Monasteries of the King” ability lets Khmer grab adjacent territory as well as Food and Housing when Holy Sites are built on a river.
Unique Unit: The Domrey, a ballista mounted on an elephant, is stronger than a Catapult, can move and shoot on the same turn, and exerts Zone of Control.
Unique Building: The Prasat replaces the Temple and provides a Relic Great Work slot. Missionaries that are produced here gain a new attribute when killed in religious combat: they generate a Relic.
Also includes the Indonesian civilization with Dyah Gitarja, the Jong unique unit, and the Kampung unique improvement:

Civ Unique Ability: With the “Great Nusantara” ability, Coastal Tiles provide Indonesia with minor adjacency bonuses for certain districts and Entertainment Complexes give an extra Amenity if they are adjacent to a non-lake Coastal Tile.
Leader Unique Ability: Gitarja has the “Exalted Goddess of the Three Worlds” ability, granting bonus Faith to coastal cities and allowing her to purchase Naval units with Faith at a discount, as well as eliminating movement cost for Religious unit to embark or disembark.
Unique Unit: Indonesia’s unique unit is the Jong, which replaces the Frigate. It is faster, gains extra combat power if it’s in a formation, and all of the units in its formation gain its movement speed.
Unique Improvement: The Kampung provides Housing, Production and Food for each adjacent Fishing Boat, and can be improved through further tech research later in the game.
New “Path to Nirvana” Scenario:

The lands around the Indian Ocean flourish with many religions and many people. Heaven has chosen you to bring the light to all these lands. Is your faith up to the challenge? In this 50 turn scenario, compete to have the most followers of your religion, the most faith per turn, and the most foreign cities following your religion.
New Wonder:

Angkor Wat: The largest religious monument in the world returns to Civilization! This temple must be built adjacent to an Aqueduct and provides Faith, plus it adds Housing and a Citizen to every one of the owner’s cities when built.
New Natural Wonder:

Ha Long Bay: This breathtaking bay was designated one of the New Seven Wonders of the World in 2012, and provides Food, Production, and Culture, in addition to providing a large combat bonus to naval units in its tiles.
New Map:

Spread your empire through Southeast Asia in this new map, with a True Start and random location option.

In Cooking Witch you play as a witch flying to a party in the woods, abducting the children and cooking and eating them.

Upgrade and get better gear such as faster brooms, bigger and more efficient cauldrons and equip hook attachments to be able to carry more children.

Improve your witch by increasing stats such as strength, health and stamina.

Learn the strength and weakness of different type of children to better plan out the optimal strategy to make the biggest meat feast.

Cook and eat as many children as you can and compete with other players on the Meat Board, but watch out for the angry Daddies or they will hunt you down!

Solve mind-bending puzzles in a world full of mystery and save the family of the flute-noses! The flute nose dynasty has been watching over Asposia for centuries on end. In secret, they fill the roly-poly world with light and life. Emil, a trader for odds and ends, has led all the Asposians astray, making them believe that the dynasty is in cahoots with dark forces. Seriously, who knows what this weird family is doing day in, day out? The only one who could stop evil Emil is the heir to the flute nose throne: Robert. He has been petrified for three years, though. With a huge dose of enthusiasm, but little to no idea what he’s actually doing, he embarks on an adventure to find the legendary last wind monk. Of course, he has some great company: Peck, as loyal as he is flightless, and Laura, a rebel who certainly does fly, but only off the handle and who is Robert’s love with a capital L, by the way. A final ray of hope is provided by the mysterious Mama Dola, who seems to know more about Robert’s destiny than Robert himself…

• Experience the fun and moving sequel to “The Inner World” (you don’t need to know the first part!). Save the flute noses from persecution and evil Emil!
• Hours of fun brainteasers await you: find the last wind monk, cause trouble in a tumble mouse factory, play with Uncle Oboe for some toilet paper in prison, help a desperate Bingo-Pony become happy once again, bring the adorable baby gorf back home and save Asposia! Again!
• Navigate Robert and Laura, those charming Asposians, through the game. And now you can even operate the nutty pigeon, Peck.
• There are new sites for you to discover! Including the topsy-turvy airport “Asposia Central”, the quirky tumble mouse farmers and the mysterious Shovel Mountains.
• Practice new songs on your magic flute nose and activate ancient artefacts.
• Beautiful hand-drawn adventure for people quick on the draw.
• Hilarious dialogues in awesome sound quality.
• The Asposian puzzle help: Provides you with hints when you’re as clueless as Robert – completely spoiler-free of course.
• Available for most any operating system or console – except the Gameboy!

In Sudden Strike 4: Road to Dunkirk, relive battles leading up to one of the world’s most daring military rescue missions.

Following the invasion of France in May 1940, the British Expeditionary Force and parts of the French Army had retreated to Dunkirk and awaited evacuation, while German forces had been closing in to crush them.

Sudden Strike 4: Road to Dunkirk features two new mini-campaigns with four new singleplayer missions based on the events surrounding the famous rescue of Allied soldiers in the eponymous French coastal town of Dunkirk during “Operation Dynamo”.
In the German campaign, you must successfully break through the valiant French defenses in the Battle of Lille, capture the town of Dunkirk and move on to destroy a British battleship. In the Allied campaign, you will launch the British counter-offensive during the Battle of Ypres-Comines and consequently evacuate as many soldiers as possible during “Operation Dynamo”.
Two new Allied doctrine commanders to choose from: French war hero Charles de Gaulle and British Expeditionary Force division commander Harold Alexander complete your strategic options in tackling each mission.
Sudden Strike 4: Road to Dunkirk introduces over 10 all-new units to the game, including the German SIG 33 Bison artillery, the French Char B1 heavy tank, the British A10 Cruiser Mk. II medium tank and destroyer HMS Ivanhoe.