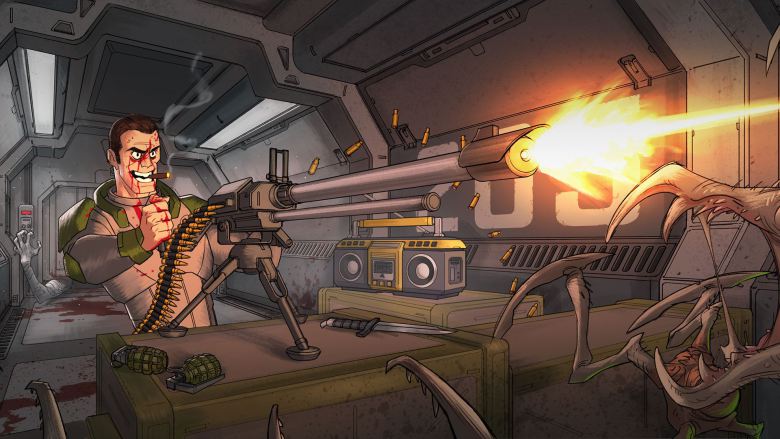 Toy Clash introduces Tower Offense genre to the world of VR. You can deploy or move toy units on battlefield to prevent powerful attacks of enemy forces, while it is possible to use powerful spells to effectively sweep them at once. The ultimate goal is to destroy enemy’s tower at every stage, and for this you need to acquire and upgrade your units.

Lead the battle to victory by using your ‘real’ hands!

Deadly Traps is a fast-paced platformer where the levels are filled with many dangerous traps and tricky jumps that stand in your way. Your goal is to reach the portal to complete the level. The game is full of Traps and very much challenging

Let Them Come is a fast paced pixel art shoot ’em up. Twitchy trigger fingers and focused battle tactics are the order of the day as wave after wave of alien-like creatures try to take you down. Gameplay is simple to pick up but hard to master – only the best of the best will survive to fight another day. With a variety of alien creatures to mow down and cool weapons to do it with, stylish retro backdrops and a hard rockin’ soundtrack, Let Them Come is a fast and furious pixel style shooter on steroids.

• LOADOUT CUSTOMIZATION – Upgrade and customize your arsenal as you unlock new items to take down the hordes!
• UNRELENTING ONSLAUGHT – Combat an endless stream of diverse enemies with cunning attack mechanics.
• BOOMBOX – Rock out to the music of your choice as you unleash hell fire on the enemy and collect new mixtapes as you go.
• DYNAMIC LIGHTING – Use tracer fire and explosions tactically to help target the oncoming targets in darker levels
• FEROCIOUS BOSS BATTLES – Face grim odds against terrifying boss creatures in the ultimate level showdown!
• ONLINE LEADERBOARDS – Show off your shooter prowess and boast with friends as you climb to the top of the ladder and become the best of the best!

Stick Fight is a physics based couch/online fighting game where you battle it out as the iconic stick figures from the golden age of the internet. Fight it out against your friends or find random sticks from around the world!