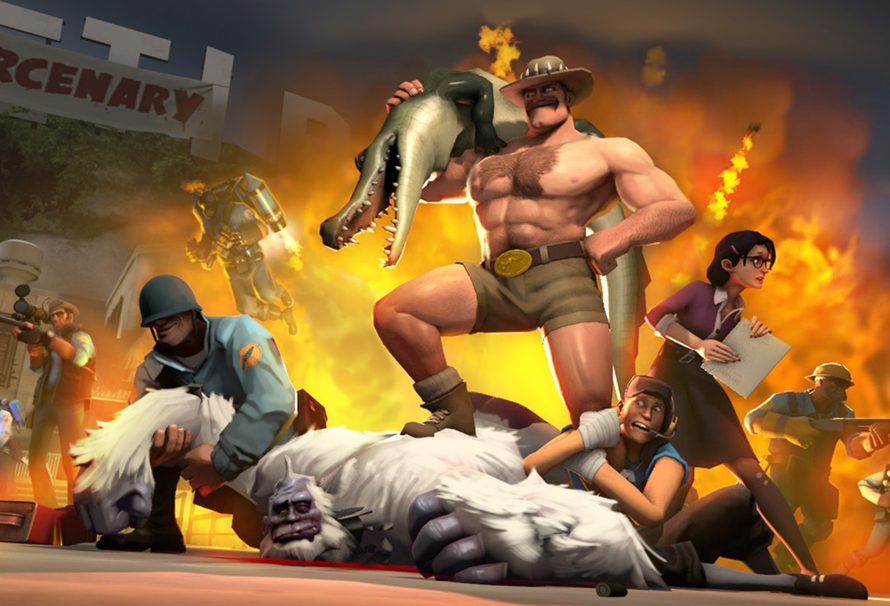 Team Fortress 2 released over a decade ago, but you wouldn’t know it to look at the player base. In spite of some massive challengers like Overwatch, the TF2 player base has remained steady over time—a true testament to Valve’s game design skills.

It’s not too late to get in on the action, either. You just need to pick your hat, and we don’t mean your cosmetic one.

If you’re wondering which class is strongest in Team Fortress 2, well, you’re asking the wrong question, but here’s how to choose the right TF2 class for you.

The Scout, Soldier, and Pyro make up the offensive classes in Team Fortress 2. As the name suggests, these are for players who want to be on the frontlines.

The Scout plays the speed game, pushing hard with high mobility and securing objectives quickly. The Soldier brings the big guns but retains a deceptive level of agility thanks to his rocket jump, making him one of the most maneuverable characters in the game. The crazy Pyro is appealing to new players thanks to his (her?) low skill floor and can do a lot of damage easily if the Pyro player can make it to close range.

If you like racking up the kills and throwing yourself around the battlefield at breakneck speeds, then an offensive class is probably for you. In Overwatch terms, these guys make up the Tracers and Pharahs of TF2.

Demoman, Heavy, and Engineer make up the defensive classes in Team Fortress 2. These guys hold the line, preventing the enemy offense from pushing objectives.

The Demoman is the trap-focused version of the Soldier, even holding a similar movement ability in the form of sticky jumps, though a variant playstyle of the Demoman positions him more as a melee-focused brawler. The Heavy is the mobile turret of the game, clomping slowly around the map but dealing huge amounts of damage. The Engineer can hold choke points with turrets and support their team with teleporters and dispensers.

If you’re a hold-the-line kind of player, then the defensive TF2 roles will have a lot to offer you. In Overwatch terms, these guys are the Torbjörns and Bastions of TF2.

The support classes (Medic, Sniper, Spy) are for players who prefer to be on the fringes of the action. These classes can’t take a punch, but they’re vital to the overall success of the team. Medic and Sniper are self-explanatory, while the Spy focuses on fast-paced stealth gameplay with an element of psychology.

The Medic can move quickly through the battlefield, dispensing healing and buffs to teammates. The Sniper, naturally, spends a lot of time hanging back, “charging” shots for the one-hit kill. The Spy is one of the most unique classes. Its job is to be the wrench in the works, disguising itself to sneak behind enemy lines to backstab players and sabotage constructs.

Support characters are perfect for players who prefer to give their team the leg-up to victory. Their efforts may not be the most glamorous, but they are essential. These guys make up the Mercys, and Anas of TF2.

Picked out your class and ready to play? Stop by the Green Man Gaming Community Site to find some tips from other Team Fortress 2 players.