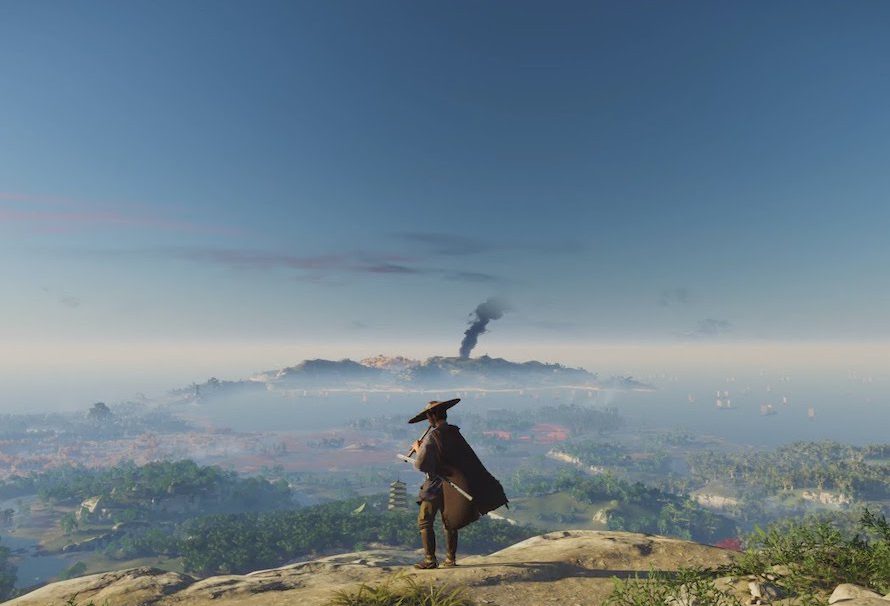 A sprawling open world action adventure that encompasses the entirety of the real world Japanese island of Tsushima, Ghost of Tsushima unfolds across three acts. In total size, Ghost of Tsushima is perhaps more closely comparable to a similar open world effort such as Far Cry 5. More than just a framework for the story, each act essentially unlocks a section of the island for players to romp around in and it’s those smaller sections of the Ghost of Tsushima map that we’re going to focus on in this guide.

Encompassing the southern portion of Tsushima Island, Izuhara is easily the largest area in the game. Home to the largest number of Mongol fortifications and outposts, Izuhara also provides shelter to the repressed peoples of the island in the towering Golden Temple structure located in the center of the map.

Permeated by lush farmland and an extensive rocky coast surrounded by smaller outcroppings, Izuhara is where our protagonist Jin Sakai begins his long journey of vengeance to unseat the Mongol forces that have murdered his family and brought dishonour to his clan.

The areas that exist in the Izhuara domain are Azamo, Tsutsu, Komatsu, Ariake, Kashine, Komoda and Hiyoshi – the latter of which provides a passage to the north of Tsushima Island.

There are 24 enemy outposts and strongholds in total within Izuhara that can be liberated.

An expansive but relatively narrow strip of land that includes the joint smuggling ports of Otsuna and Umugi, Toyotama is the second largest map in the game. Home to the massive Kushi Temple and the Mongol occupied fortress in Kubara, Toyotama represents the map that Jin will venture through and explore during the second act of Ghost of Tsushima.

In addition to providing a base for Shimura Castle, Toyotama also gives a refuge to the brave fighters of Yarikawa; a long lineage of proud villagers and farmers who clashed with the leaders of the Shimura clan which previously governed Tsushima island. The areas that can be found within the domain of Toyotama include Akashima, Umugi, Yarikawa, Otsuni, Kuishi and Kubara which provides a gateway to the northern tip of Tsushima Island.

There are 17 enemy outposts and strongholds in total within Toyotama that can be liberated from the Mongol forces.

The furthermost northern peak of Tsushima Island, the snow-blotted countryside and frigid peaks of Kamigata are called home by not just the strongest fighters in the Mongol army, but also by the Khan himself.

A patchwork of decimated farmsteads and towns reduced to ash, Kamigata is the final area in the game and is the primary focus of Ghost of Tsushima’s third act. By far the smallest map in Ghost of Tsushima, the domain of Kamigata encompasses Kin, Sago, Jogaku and Izumi Bay; the staging area from where the Mongol fleet will attempt to lay siege to the Japanese mainland.

There are 15 enemy outposts and strongholds in total within Kamigata that can be liberated.