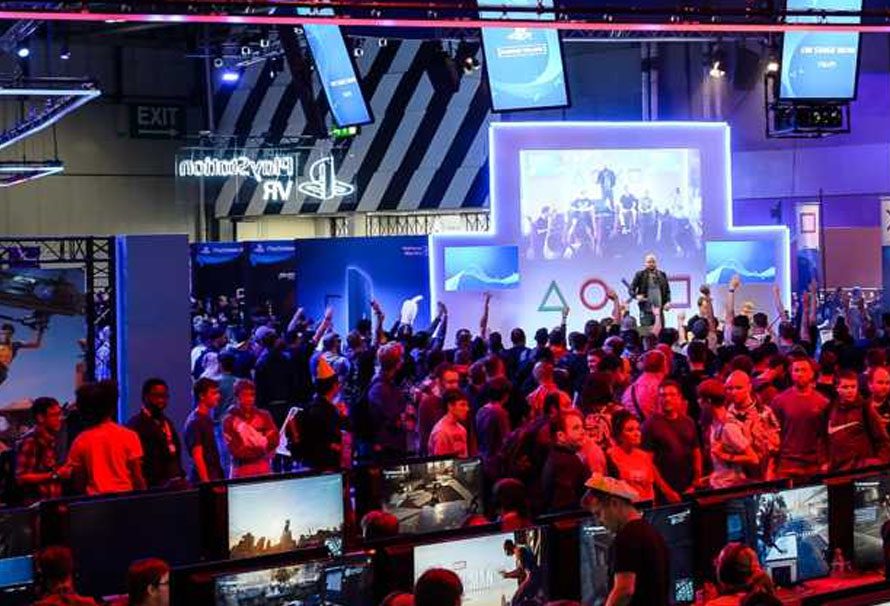 Currently London here in the UK is abuzz with video games. The annual celebration of the video game industry is popping off in the ExCel centre – that’s right; it’s EGX time.

We’re in attendance this year meaning if you’re there you can get some hands-on time with Pride Run, Skybolt Zack, ShockRods, or you can just stop by and say hello.

5. It’s good to be bounced around in the Brownian motion of society

We could do all our shopping on the internet. We could go to school at home. We could do our jobs in our pyjamas, and often we might need to do those things for our sanity or health. But it really is generally good to be out and about amongst others at least when you can. Conventions like EGX are an ideal place to just get out for a bit, meet some people, or don’t. It’s up to you.

4. Everyone’s there for one reason

Conversations are easier at conventions like EGX, because everyone’s there for one reason. Saw a game you like? Excited about something? Well, so are they. Everyone’s got a story or a thing they want to talk about, and so instead of spending time on small talk, you can go straight to Big Talk about things you love and things you are excited for.

Let’s not underestimate this: video games are absolutely fantastic. Getting to go to a place and play and see games that aren’t out yet, or even ones that are old and being played on retro systems is just brilliant. You love games, the convention organisers love games, everyone there loves games.

2. People don’t fit into one mould

You’ve seen the stereotypes. Gamers are male shut-ins wearing 1999-era Matrix leather coats. But, go to a gaming convention like EGX, and you’ll see just how stupid and out of date that stereotype is. Gamers come in all shapes, sizes, genders, and ages. Yes of course there’ll be a few nascent Neos walking around, but that’s just one type of gamer, you’ll see so many that you’ll realise ‘gamer’ is a tag that just applies to what you do, not who you are.

1. It’s a respite from negativity

The world’s a lot sometimes. Disasters, both natural and manmade ravage the world, political unrest is tearing countries and communities asunder, and frankly things are just a bit rubbish most of the time. But at a gaming convention, that stops at the door. Everyone is there to just see something new, see something they love, and it’s genuinely refreshing to soak up that atmosphere.

Gaming conventions like Gamescom, EGX, Rezzed, or PAX can be expensive, tiring, and busy. But they’re also good for the soul, they’re energising, they recharge your love of gaming and can give you a new outlook on those who game alongside you.
What’s your favourite convention, or are you still just not interested in them? Let us know in the comments below, or head on over to our forum to join in the conversation.