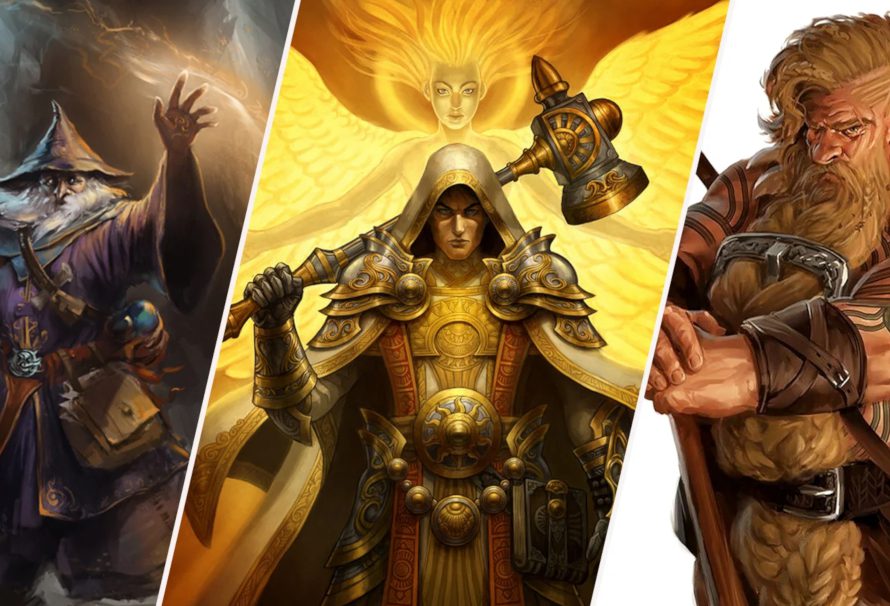 Learning any roleplaying system can be a daunting task. More often than not, the first hurdle for any aspiring player(s) is finding the right roleplaying system to get started in. Dungeons and Dragons 4th Edition, in my opinion, is the best version of the Wizards of the Coast roleplaying series for new players just beginning their adventure.

Reflecting over the Past

I can only assume that Wizards of the Coast had wanted to modernize their system to attract an pre-existing audience as their new player demographic. During the development of 4th Edition, Massive Multiplayer Online Role-Playing Games were all the buzz in the gaming industry, and everyone was talking about it, even Wizards of the Coast had their own online game. Decidedly, the company took a risk and developed 4th Edition, which soon become the pen and paper equivalent to an MMORPG system.

For many experienced roleplayers 4th Edition felt like a step backwards when it came to overall game content and character customization, especially when compared with previous versions of the game, and it was! 4th Edition was designed for new players and seasoned video game players, Wizards of the Coast removed many aspects of their previous systems for more refined and summarized elements that ultimately limited player choices, making it easier for a player to get involved. Item charts and Armaments were left seemingly untouched, while spells, combat actions and skill options were completely overhauled.

Previous versions of D&D allowed for players to search through vast amounts of content, arguably too much content, to pick and choose what worked best for their character concept. In 4th Edition, after players select their characters race and class, as they would do in any other version of their series, players now select up 4 starting abilities from a preconstructed skill tree and use them like they are on an MMORPG action bar.

Here is what makes 4th Edition the best for new players

Generally speaking, most people have used a skill in a video game. If you haven’t, let me summarize for you, at various levels your character(s) will gain additional skill abilities that are assigned to an action bar, this bar allows you to quickly use these new skills by pressing a single button on your keyboard. In a similar way, 4th Edition makes players select from a few starting actions and limits their use, some are usable once an encounter / once per battle, once a turn, and once an ingame day. It’s a very simple concept to grasp, making it ideal for new players.

What about the game master?

In my personal opinion, the game master is the sole deciding factor on if the game session is enjoyable or not, regardless of what pen and paper roleplaying system is being used. A good game master should consider his or her player base before deciding which system to go with, due to the ease of use of 4th Edition its a no-brainer for new and mixed parties of varied experience. 4th Edition also has a great Game Master’s Guide, probably one of the better ones of any system to date! New Game Masters should look into 4th Edition before getting into the more complicated systems.

Contrary to everything I have said, I do not believe 4th is the best pen and paper roleplaying game. It’s simply the most mainstreamed and accessible option for new players.

So now that you have a game you need to make your character. Our guide to the Top 5 Pen and Paper RPG races will help get you on the path to glory and honour. Next up, why not leave your own thoughts in the comments below or stop by the Green Man Gaming Community Pages to see what our gamers have to say.