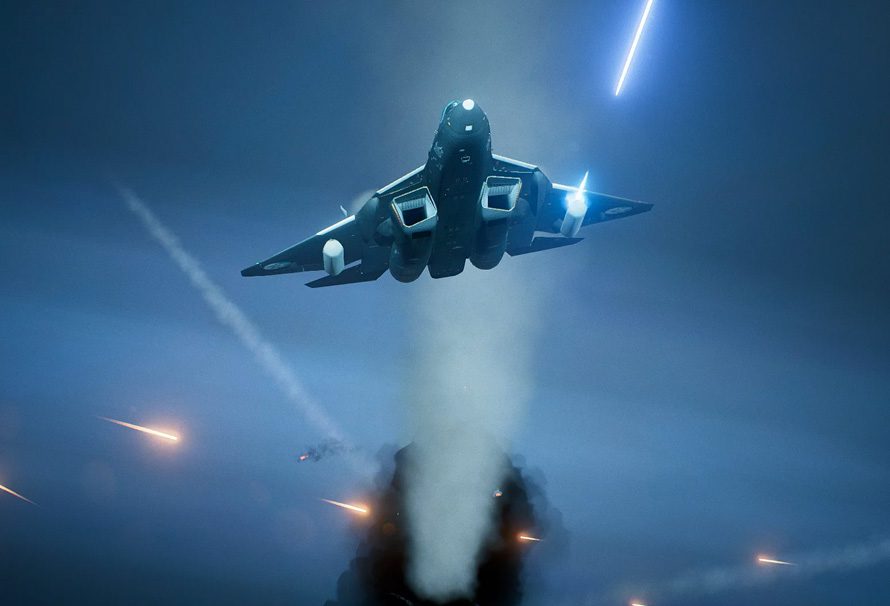 Ace Combat 7 is coming to PC on Friday the 1st of February, bringing the long-serving flight sim series to a computer near you for the first time.

It’s got us thinking though, people don’t talk about flight sims that often. At least not publicly.

So we went to you, our beloved followers on social media, and asked what your favourite flight sim was?

Here’s what you had to say:

Made by the sadly defunct Micropose, Falcon 4.0 focuses on a highly detailed simulation of the Block 50/52 F-16 Fighting Falcon jet fighter. Taking place in Korea, well, above Korea, it’s been maintained scrupulously by the community, updated, and eventually re-released in 2015.

Yeah yeah you can just fly your plane about, and Microsoft Flight Simulator is good at simulating flight (though don’t use it as your only flight school, Fyre festival, we’re looking at you). But what we’re here for is something a bit more violent. MCFS was released in 1998 with both single player and multiplayer, and was an absolute smash of a success.

Secret Weapons of the Luftwaffe

Back in 1991 we knew who the Luftwaffe were, and that’s because of this game. Featuring battles between the 8th United States airforce and the Luftwaffe challenge during World War II, it featured a huge amount of features including a custom mission creator.

Spaceflight is still flight, that’s what we’re sticking to. Elite: Dangerous features not only a load of different paths for you and your spaceship but something infinitely more magical. The best UI in games. Fight me, it’s true.

Honestly we’re just glad some of you chose the Ace Combat series, considering they were the impetus for us to ask this question. Featuring a mixture of simulation and action, the Ace Combat series has been with us for a long time and the newest version, Ace Combat 7, is coming to PC for the first time ever. Definitely a fan favourite for console gamers, it’ll be interesting to see what the series does on computers.

I’m still sticking with spaceflight counting, and what’s better than TIE Fighter? Showing you what life’s like on the other side of the rebellion, TIE Fighter also dives deep into the systems that power your twin ion engined fighter. You’ll have to balance things like your ship’s power levels as you open fire on rebel scum, and that’s why it definitely falls into the flight sim category.

DCS World, or Digital Combat Simulator World, is a free to play combat flight sim featuring heavily detailed flight craft such as the Spitfire LF Mk IX and A-10C Warthog. Mission editors and a constantly evolving series of planes coming out for it mean that it’s still not stale, over ten years since its release.

Featuring multi-angle vector attack, by which we mean it’s 2D, Harrier Attack emerged onto the Amstrad CPC, Commodore 64, ZX Spectrum, and Oric 1 way back in 1983. Each level was a terse battle of managing not only your Harrier jump jet’s health, but also your ammo and fuel as you flew over the Falklands below. The real test though? Landing your damn plane on the aircraft carrier at the end. Chilling stuff.

Did we miss your favourite? Hit us up in the comments below. Don’t forget that Ace Combat 7 will be released on the 1st of February on Windows PCs.