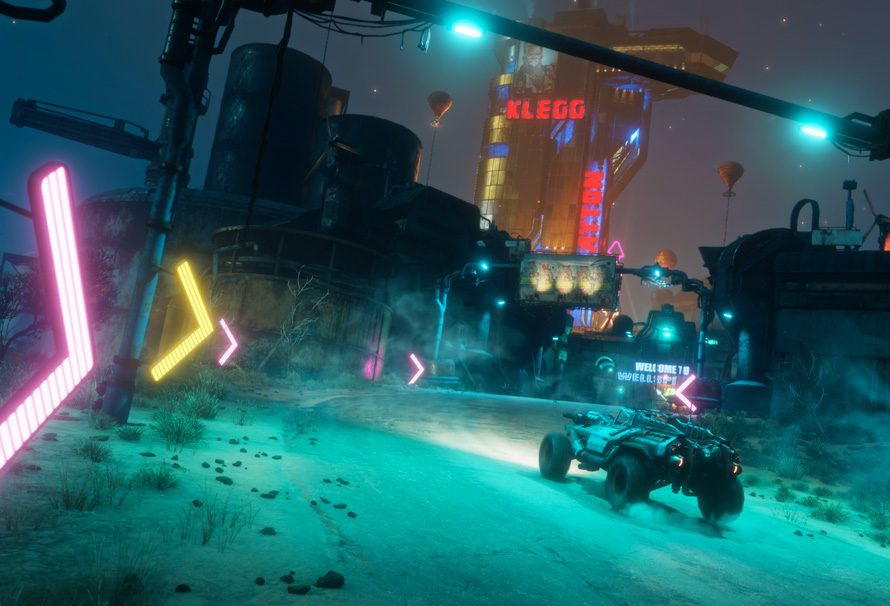 RAGE 2 is coming out later in 2019 and despite being a direct sequel to RAGE. It’s abandoning much of the original RAGE formula and changing things up considerably.

At a recent event hosted by Bethesda UK I was able to get my hands on a build of the game and put it through its paces.

The original RAGE was released in 2010 to a mixed reception. Regardless of any issues it may have had, it was at its core a fundamentally solid shooter. With the best shotgun of 2010, by a long way.

Set after a meteor ploughs into the planet, the original RAGE focused on the Arks. Hidden buried underground, these bunkers held enhanced survivors from before the collapse. Waking up in one, the player explores this blasted, desolate world, bringing justice to the downtrodden and directly fighting the Authority, a group focused on preserving human genetic purity armed with advanced technology.

The end of the game shows Arks across the globe waking up, lights turning on in abandoned areas. Setting up the sequel.

Set years later, RAGE 2 picks up with some familiar themes. The Authority is still causing problems, the land is still mainly desolate, raiders are everywhere.

But things have changed. You play as Walker, the last of the Rangers of Vineland. The first thing that’s definitely changed is that this character is fully voiced, and also can be either male or female, not locking you into one gender as in the previous game.

The main difference, however, is powers. You aren’t just a soldier with a load of guns. You have a series of powers that enhance your abilities and help you control the battlefield. Here they are:

Armed with these, and some well crafted weapons, Walker is a force to be reckoned with.

And those weapons? They feel good, solid. Just like in the original RAGE you can tell time and attention has been put into making these guns feel like, well, guns. The shotgun especially, that’s still excellent.

The main meat of the game comes through performing tasks and missions for three different faction heads. These not only advance the story, but each faction head is tied to an upgrade path.

Instead of having a standard upgrade tree, you earn resources through running missions for these faction heads. These can then be cashed in for upgrades along three different upgrade trees.

That means that if you want X upgrade, you’ll need to be doing missions for Y faction. Meaning if you want a balanced character, you may need to do some juggling.

There’s a huge amount of things to do on the map, all with their own rewards. When I played I performed a couple of missions for the mayor of Wellspring, and even then I stopped multiple times when travelling for diversions and side quests.

That’s the main thing I took away from playing RAGE 2 – how busy the world is. It’s not the world of RAGE where very occasionally you’d see a few bandits driving past, this feels much more bustling.

There’s cars passing you by, often shouting for help as they’re assaulted. Missions dot the map with rewards for capturing locations, driving out bandits, or performing other tasks like assaulting heavily armoured convoys.

It definitely feels like a fundamentally different creature to the original RAGE. And that comes through most in the tone.

By now we’re all probably aware of the more virulent pink that Id and Bethesda are using in their RAGE 2 videos. But it’s not just in colour that the game differs from the original, the tone is completely different.

Part of this is a side effect of having a more bustling, more busy, more green wasteland than the first game.

However, there is definitely a lighter tone at work here. The original RAGE was quite serious in how it portrayed the world after the end of the world. RAGE 2 seems to have dialled things up a bit. Characters are larger and make a lot more jokes, everything’s more colourful, and the world just feels more…more.

Pinks and neons are everywhere in fights, and especially in the main hub of Vineland during the night. Then the game goes from a wasteland-style Mad Max look to an almost Vaporwave look. Imagine walking through a Kavinsky track, that’s the vibe I got.

RAGE 2 is looking bigger than the original and it’s shaping up to be a completely different animal. Whilst retaining the DNA of the setting and some of the factions (and wingsticks), the game itself feels almost like a new entry in a new series, rather than a sequel.

If you bounced off RAGE or are just looking for a big meaty open world shooter to get your teeth into, RAGE 2 might just be the thing you’re looking for.