For Honor: Apollyon and other enemies

In multiplayer mode, you’ll be up against fellow For Honor players, who will also be looking to adapt and progress their skills. So, hopefully they’ll make decent opponents, or maybe you’ll be the best on the battlefield. Only time will tell.

As for the For Honor campaign, you’ll come across many AI foes, which will have varied abilities depending on their faction. You need to be clever in reading these enemies, blocking and attacking when appropriate. You can read more about this on our For Honor character breakdown. 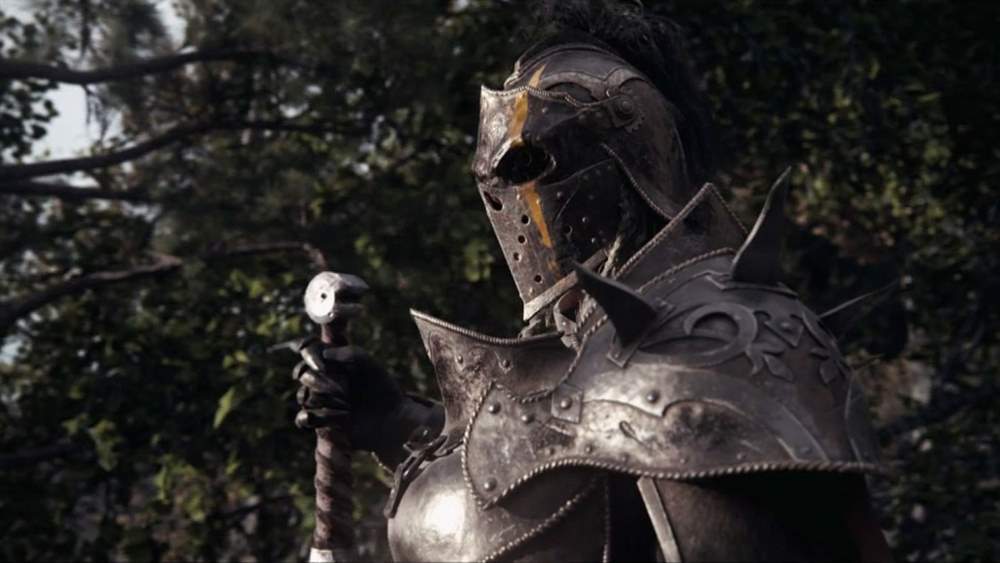 You will come across intense boss battles, where you will need to expertly engage in battle in an analytical way; there will be no storming into these fights. The main antagonist of the For Honor Story however is in the form of hateful warlord, Apollyon. She is a knight that has broken off from their legion and formed her own hatred lead Blackstone Legion, where she recruits rogue knights who are struggling with loyalty.

Hell-bent on war and destruction, Apollyon fuels the story by keeping the three factions feud alive. All three For Honor factions will come across Apollyon’s story and the inevitable fate of playing her at the end of the game.