Here we have outlined everything you need to know about the For Honor gameplay to prepare you for battle. The For Honor controls means you have to be more tactical in approach, rather than wading in and hoping for the best. You have to know your character and learn their abilities.

When approaching an enemy in combat, you can lock onto that enemy or multiple enemies at a time, which will put you into a stance and from there you can switch from left to right, depending on their defence. Just to note, this does not mean you are in a one on one combat, as other enemies can still attack you.

For Honor Gameplay - The Basics:

Light attacks are fast, but don’t do as much damage as heavy attacks. They chip away at opponents.

Heavy attacks are slower and require more strength, but they do have the added benefit of executing enemies with a heavy attack and a small amount of damage can be done through blocks.

Enemies can be relentless in blocking and this can become increasingly frustrating, but you can perform an attack called a guard break. This attack will stun enemies; so you are able to attack them next turn. The way you perform this guard break will vary per hero.

On one side of your screen, you will have a small map, it’s quite basic, but great to spot clusters of enemies and sneaky foes trying to creep up on you. You’ll also be able to spot feats to use on your enemies. 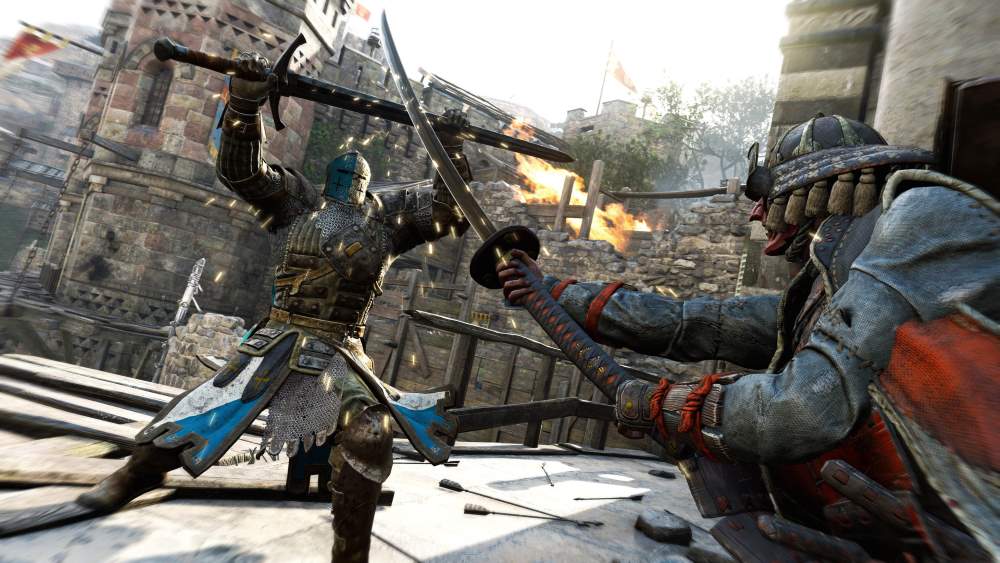 Advanced forms of blocking, parries are a way of inflicting damage whilst blocking your hero. By using the heavy attack, alongside a block, you will deal damage as well as protecting yourself. The damage is small, but great when they’re low on health. A parry also takes a chunk of your opponent's stamina, which can be applied to both For Honor campaign and For Honor multiplayer.

Whilst your combat progresses, you’ll see a bar start to rise as you attack and block. Once this bar is full, revenge mode can be activated and you will go into a frenzy of blocking any incoming attack, whilst knocking your opponent down. Light attacks can also be used in this mode.

Probably one of the most important components that you’ll find in the game, it weighs in a lot on your technique and battle style. It sits under your health bar and will drop as you attack enemies. If you stamina bar turns grey, your attacks will be weaker and you will be more exposed. You need to wait for this to recharge and turn green, before you can start inflicting serious damage.

This will come in useful when you’re not able to block an enemy’s attack. Use the dodge to change position quickly and dodge attacks quickly.

Helpful powerups that you’ll find around the For Honor campaign maps. These include rallys, heals and artillery strikes. Although you cannot obtain more than two types of feats at a time, you are able to stack them and use them when you wish.

The feats are used differently in the For Honor multiplayer, with each hero starting with 4 slots. The feats must be earned and unlocked through points.

By attacking enemies from a height, you are able to perform a character jump from above and fall down onto them. This will kill them instantly, but beware of the fall damage you inflict on yourself.

By performing a heavy attack, you can also cancel this, which will confuse your enemies, allowing you to dodge and block easier.

Excited about For Honor? Check out the character abilities here!