GTFO features a vast array of terrifying monsters with deadly intent. Learning their traits, their weaknesses and how best to take them on. Here you will get to know them a little better.

First things first, you’re equipped with a flashlight which is obviously very useful for navigating your way in the dark. But, all of the enemies will be alerted to your presence should you shine your light on them for too long.

Enemies have four different states in which they can be.

Sleeping - Either laying down or with their head in their hands, when an enemy is sleeping it is the safest time to move around.

Scanning - Enemies will intermittently glow red and start to look around. During this stage you can still move about, although it’s advised not to if you can help it. Moving too much whilst the enemy is in this state will move them on to the next one.

Pulsing - You will hear the enemies heart beat and the red glow within them will start to pulse brighter. They’re looking for you and are pretty sure you’re nearby. Do not move during this state or they will become alerted.

Alerted - They know you’re here. At this point you’ll need to attack. Enemies will either attack you or try to alert other nearby enemies to your presence. If you act quickly enough and take them down you might get away with not alerting others. Although that’s fairly unlikely.

Now that we know a little about the states of our enemies, let’s take a look at the enemies themselves.

One of the most common enemies and easiest to take down you’ll encounter is the Striker. They’re distinguishable by their large vertical mouth filled with teeth. When a Striker is alerted its attack pattern will involve getting close to you and trying to hit you with its long tongue. They can be taken down with one fully charged melee hit and quickly with a headshot or two from a gun.

The taller cousin of the Striker, the Big Striker - usually around 8-12 feet tall, is a rarer opponent and more difficult to take down. It can be taken down with multiple fully charged melee hits at once, however this is a risky move as one hit from the Brute can deal 40% damage. Guns are best and aiming for the head and stomach will do the most damage.

Easily recognisable by the web-like tendrils protruding from its head the Scout is a challenging foe. The Scout will patrol and intermittently send its tendrils out to find players creeping around a room. Should the Scout find you it will let out and almight screech that will alert any other enemies in the room and also cause a wave of enemies to spawn in other rooms and hunt you down. Using the c-foam launcher or c-foam grenades to freeze the Scout and then quickly melee it is the best approach.

Much like the Striker, the Shooter is a common enemy but relatively easy to dispatch. When alerted they shoot a glowing arrow type projectile that will track players, although you can strafe to avoid it. A fully charged melee hit will deal with Shooters swiftly.

Larger and more dangerous than the standard Shooter, the Big Shooter can fire three projectiles at a time. It maintains the same strategy as the Shooter and will keep its distance from players. They are much easier to deal with using melee than the Big Striker as they have no melee attack.

The Puncher is a distinctive looking enemy with spikes protruding from all over its body. THey’re usually only encountered deeper in the complex and feature both a ranged and melee attack. For their melee attack they will charge at players and rapidly hit you multiple times. If you want to kill them quickly you’ll need to hit them with a fully charged melee from behind. Otherwise you’ll need two synced melee hits from the front.

Shadows have a very similar attack to a regular Striker. However, they have one main difference, they’re invisible. Very difficult to spot in the dark they will easily surprise you. In order to kill them you will have to illuminate their body either with your light sources or the Bio tracker. A sentry turret cannot spot them without a light source shining on them.

Those are the enemies you can expect to meet when venturing down to the depths. Hopefully this gives you a bit of an edge and will help you overcome them. 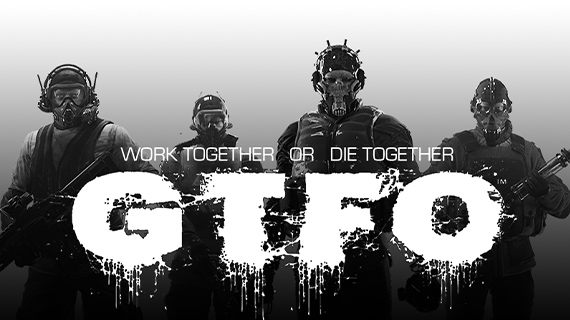 How To Pick Your GTFO Loadouts

Let us help you overcome the challenges of the Complex by outlining all the current weapons and tools available in GTFO.