Hunter’s Arena: Legends doesn’t just come with one game mode, instead you’ll have the choice of four when you dive into the Early Access period, with more being potentially added at later dates with future updates.

This means you have a choice over what you want to play, maybe you want to face off against a multitude of foes, team up with friends, or simply duke it out one-on-one to find out who’s the best hunter.

If you’re not sure what you’ll be choosing as you start your adventure, let us give you the rundown of all the different game modes currently part of Hunter’s Arena: Legends.

This mode sees you choose a hunter and face off against up to max of 59 other players in a battle to the death. Set over a huge map, this mode is an every-hunter-for-themselves battle where the map shrinks over time. Level up, equip items, defeat monsters in the field and multiple dungeons, and then test your mettle as you fight for survival against other players who are also doing the same.

Similar to Battle Royale Solo, Battle Royale Trio lets you take two friends along for the ride. Be wary, however, as the opponents you’ll be facing will also come in threes, so make sure you’re aware of your surroundings before engaging in player-vs-player combat. The main benefit of the Trios mode is having more firepower and flexibility during your adventure, letting you each choose a different hunter so you can cover each other's weaknesses. Teamwork, team fighting skills, and other team-based strategies matter a lot in order to come out on top.

Maybe you want something a little smaller, then the Tag Match is perfect for you. This is a one-v-one mode that sees you and one other player fight for supremacy over a smaller map. This mode is where your mastery of combat and the game’s systems will come into play as you take on one other player in a battle of cunning, wits, and combat power.

In a Tag Match you’ll each choose two hunters, the goal being to destroy the two your opponent has selected. When your first dies you’ll automatically swap to your second, but if they are both still alive you can switch between them at any point, giving you much needed flexibility on the field and the ability to better counter your opponent.

The Free for All mode is included in the Early Access release. This mode sees four players fight in an arena with no allegiances between them, with the winner being the one to reach a set amount of points or the one with the most points when the match time ends. Use the environment to your advantage. Collaborate, betray and use other strategies to become the winner. Either way, it’s a frantic and brutal race for victory where everyone is your enemy.

With four modes included and more on their way, there’s a huge amount of modes to play and take part in when you check out Hunter’s Arena: Legends. For more guides, information, and details, dive into our game hub and start your journey to becoming a legend. 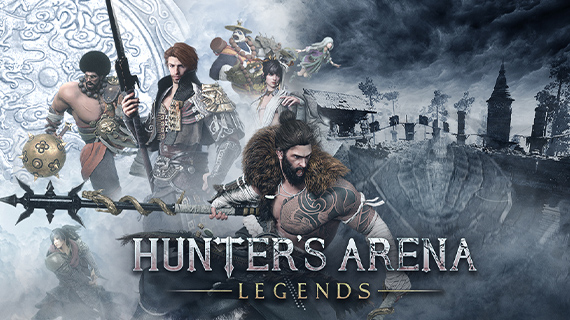 All Of The Traders & Items In Hunter's Arena: Legends To Spend Your Coin On

Take a look at the many merchants, equipment, and items that can enhance Hunter and help you conquer the Arena!

Get A Head Start With These Hunter's Arena: Legends Tips & Tricks!

It can be daunting starting your journey as a fresh hunter, so let us guide you with a few hints and tips!