Being able to see your target is pretty important so set your Shadows and Foliage to very low, you’ll find it easier to spot your targets this way. Grass won’t be as tall or detailed, bushes will not be as pronounced and it will make it harder for other players to hide in.

Another fun fact about the graphics in this game is that foliage does not appear properly at certain distances. They either disappear completely or pop out awkwardly meaning other players (or yourself) can’t hide in them over long distances. This basically means try to avoid open fields as much as possible as you will have no cover what so ever.

Cornfields make excellent prone cover, even on the lowest graphics. Keep in mind however that on low graphics, foliage does not spawn at long distances meaning that you will be visible as a clear as day to snipers. So if you’re forced to make your way through a cornfield and the circle is small enough that players are not able to use 4 x scopes effectively, go prone and crawl through.

When leaping out of the plane, try to aim for roads that have “vehicle hard–spawns” (we have a handy map to show you where they are). Grab a vehicle early on and drive to a distant city that other players couldn’t possibly get too by leaping out of the plane. This way you’ll be free to loot the area without worry of being snuck up on, and if any other player does decide to follow you they will have to do it by car, thus alerting you to their approach.

If you do opt for landing at a nearby city instead, always use the Alt–look in the air to see where other players are landing. You’ll either want to steer clear of them or place yourself strategically so you can sneak up on them.

When looting it’s not a bad idea to grab some attachments for guns you hope to find in the future. You never know when you come across a handy vector or m416 and you’ve got all your attachments ready to slap on.

Try to find at least one close quarters weapon and one long range weapon. Different games perform better at different ranges and will in general kill faster in their ideal range.

Don’t underestimate the range of a shotgun in this game. Especially if you’ve given it a choke attachment. Shotguns can easily hit targets up to 15–30 meters away. 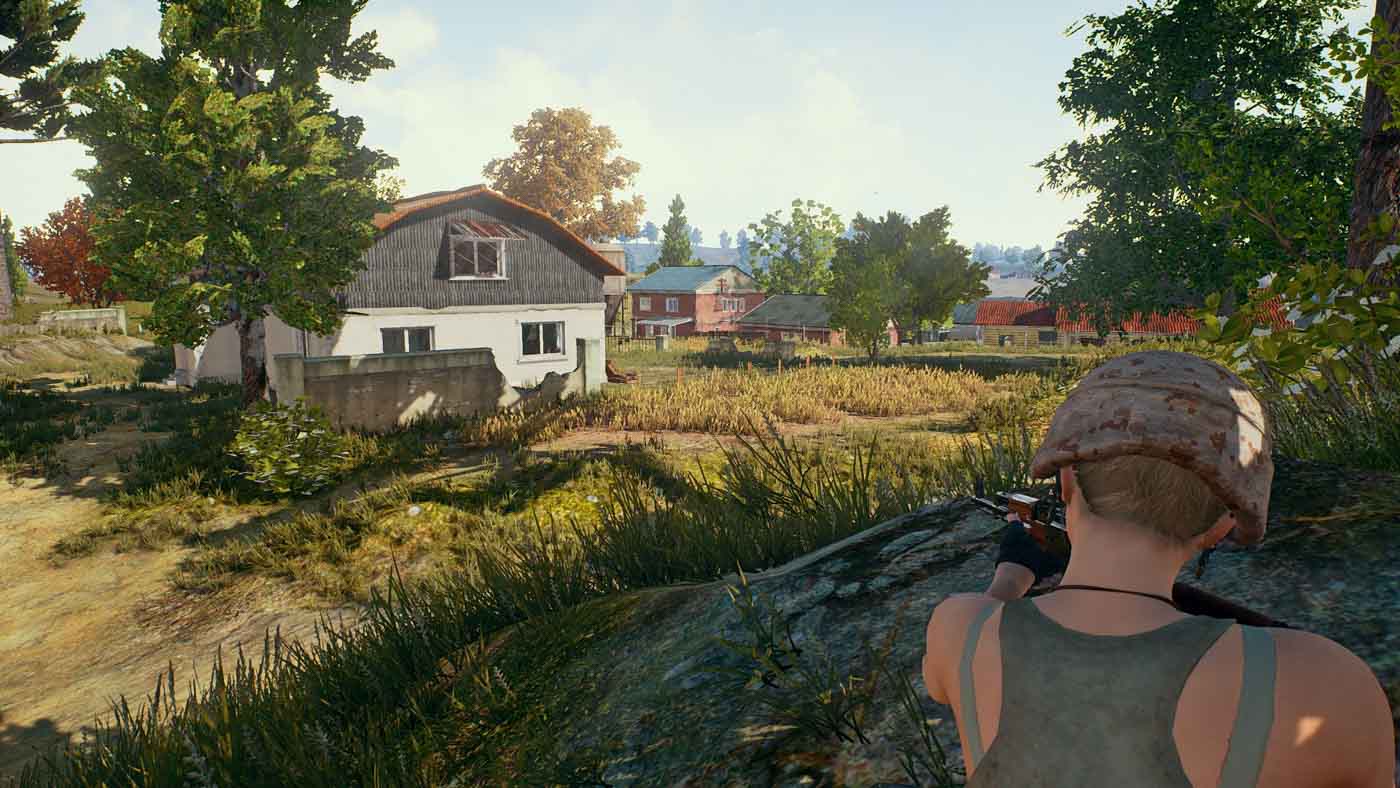 Scope out buildings for any sign of players before you go running in.

The first white circle will determine the general playing area for the match. When you’re heading into it make sure you have a destination in mind. Ideally you want to have looted everything you need for the rest of the match and hold a building somewhere near the centre of it.

If you’re caught in the blue zone on the first few circles, don’t panic, they do not hit for much damage and can easily be healed through using painkillers alone. Though that doesn’t mean you should dawdle, get into that zone as quickly as possible!

If you can’t hold a building in the centre or if you still need to loot, it's wise to pick locations that were furthest from the plane's flight trajectory thus making it less likely it has already been looted or players are hiding out there.

The blue circle deals more damage which each new cycle. As the game progresses the circle’s closing speed will slow down but begins to hit for more damage. The final circles are usually impossible to heal through and you’ll basically be dead if caught out. Keep an eye on that minimap!

When you’re down to the last 10–20 men it becomes vitally important to pick the most advantageous terrain and position. Ideally you want to be held up in a building or hidden behind a tree.

The last few blue circles will destroy whatever health you have, do not be caught in it! You will not be able to heal through these ones! Trust me, i’ve tried (and failed).

Be sneaky, I mean really sneaky, like metal gear solid level of sneaky. You do not want to alert people to your position so try not to engage another player unless you’re forced too. Killing them may not be worth it if everyone knows where you are, even if you have a silencer. Silencers can be heard within a 30m–40m radius of being fired.

If you have painkillers/energy drinks to spare, now is a good time to use them in preparation. Every little helps and having that extra healing over time or speed boost may just save your life and secure you that Chicken Dinner.

Starting Out In Playerunknown's Battlegrounds

If you’re a first timer, or just a qualified loser, then you’ve come to the right place. Because, like you, we were all there once, but now we’re seasoned survivalists.

How Intel Are Supporting Playerunknown’s Battlegrounds

Intel have been working with indie titles and the AAAs that we know and love to bring the ultimate gaming experience to the comfort of our gaming chairs as well as esports and major gaming events.