The Egyptian setting and title of Assassin’s Creed Origins has apparently been confirmed in a leak from a retail store, via an image of a pre-order card.

The leak which was posted on Reddit and Imgur shows a Target card which appears to confirm that the game will be set in Egypt, and that it is called Assassin’s Creed Origins. 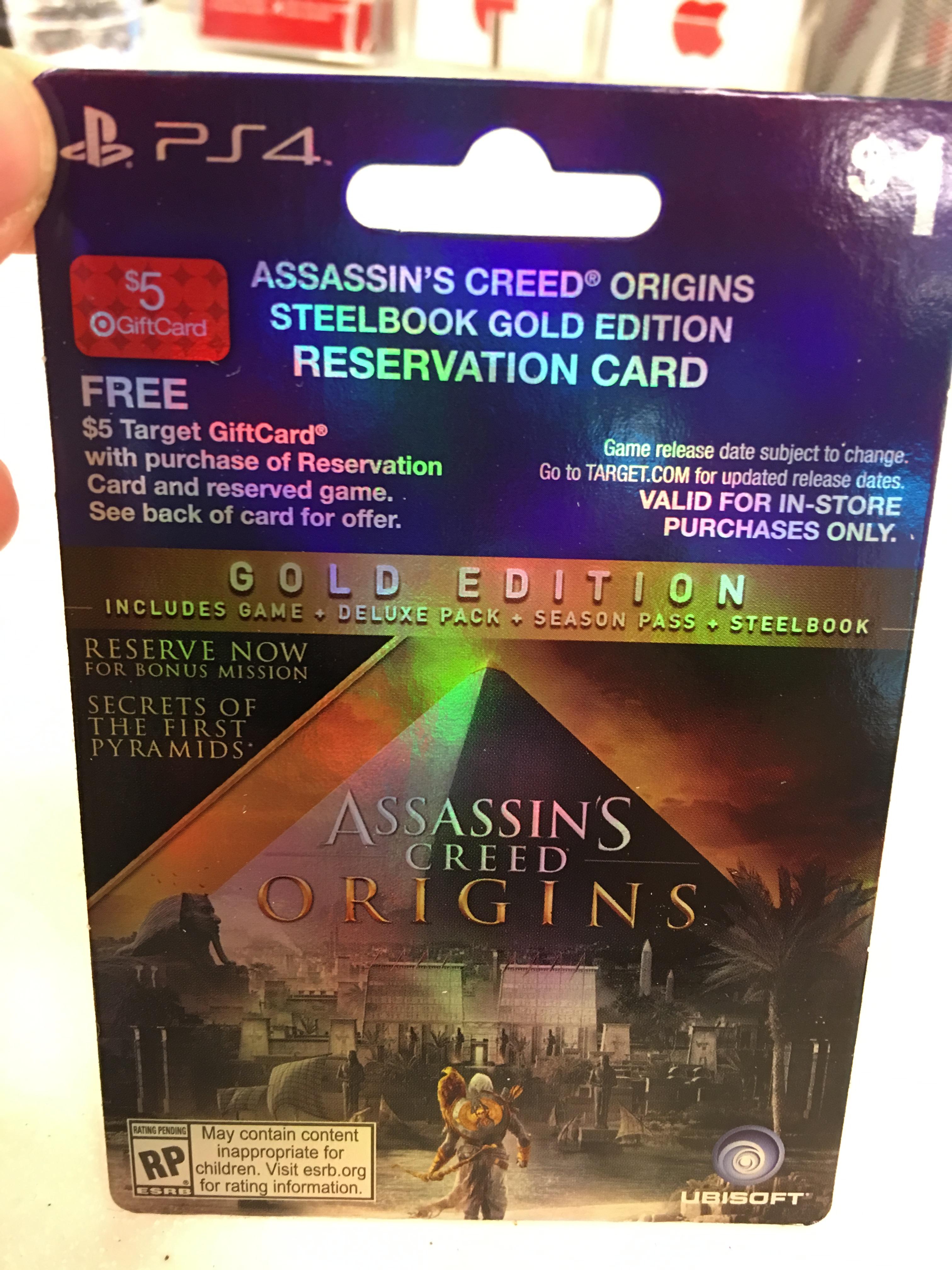