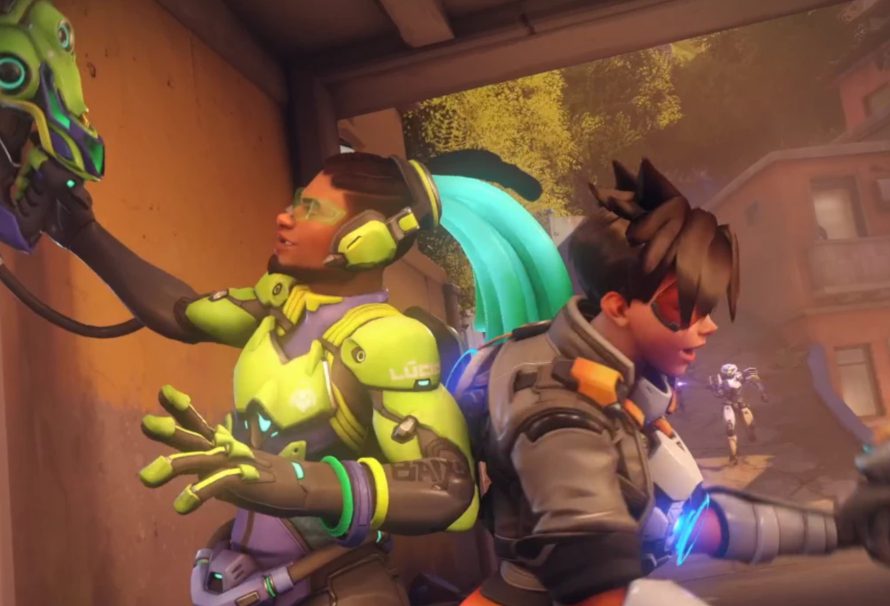 Overwatch 2 is changing the way we play the game by introducing a new fully coop story mode with PVE missions all playable with your favourite Overwatch heroes. Additionally, there will be new multiplayer maps and modes to play. There’s also the introduction of new ways to upgrading your hero’s unlocking abilities for them that provide a fresh take. But what most people want to know is what Overwatch 2 new heroes will we get to see?

Over the years Blizzard have teased heroes here and there. Unknown and unnamed characters have popped up in various lore entries whether it be cinematics, or the comics, or in the game itself. Currently, the developers are keeping tight-lipped on any major Overwatch 2 new characters. But we have had a few confirmed to join the line up in the sequel.

In the lore, Sojourn was an original member of the Overwatch team originally joining during the so-called golden era. She has previously appeared in the game and in various lore pieces. Sojourn was also part of the task force who captured Maximillien – Doomfist’s accountant. The Canadian hero resurfaced in the aftermath of the Null Sector’s attack on Paris. Nothing is yet known about her abilities, but her arm looks to transform into a gun of some sort.

As for Sojourn’s class, this hasn’t been confirmed either. We’d wager on her being a tank hero, but that is still speculation. She appears to have various cybernetic enhancements to her body, in particular, both her arms with one being able to potentially change to the aforementioned gun. But that doesn’t really tell us much about the type of class she could be. Until Blizzard tell us more, all we can do is guess.

Unbeknownst to many of us, Echo has actually been in Overwatch for a long time, only in the form of the package attached to the payload on Route 66. During the Reunion cinematic she was revealed in all her pristine bright white AI glory. Since then speculation has been rife for when she would be added to the roster. Echo now looks to finally join the gang of the Overwatch 2 new hero roster. Like Sojourn, we don’t know anything about her ability set. Initially, it was thought she may sit within the Support class due to her appearance and ‘armour’ sharing a likeness to Mercy’s. However, in the Overwatch 2 reveal trailer, Echo shows off some serious offensive skills, so who knows where she will sit.

The Junker Queen was confirmed by Jeff Kaplan in April of last year, but since then we’ve not heard much else.

The question of how many new heroes are coming to Overwatch 2 is an unknown quantity. Blizzard likes to take their time with the releases and we don’t know when the sequel will be out. It’s fairly safe to assume that the further away the release date, the more heroes we’re likely to see.

Currently speculation of hero 32 is reaching fever pitch, and there are a number of potential candidates. However, it’s likely that they will release before Overwatch 2.

For now, we will just have to keep on guessing about who is going to pop up and when. Until then though, you can join the Green Man Gaming Community site and join the conversation with all our other gamers.