Fairburn heads to the Gaberoune oasis in Libya to assassinate several officers and reveal the whereabouts of Franz Vahlen, unfortunately he only find a document that reveals Vahlen’s top secret project entitled ‘Project Seuche’ (meaning plague). 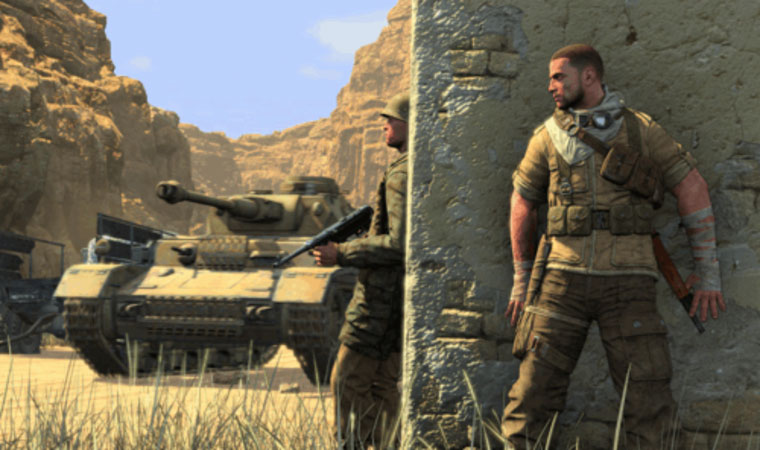 Karl’s only hope of finding Vahlen lies with a British informant named Brauer, who is being held captive inside Fort Rifugio. After Karl breaks him out of captivity Brauer informs him that enemy officers are meeting at the Siwa Oasis in Western Egypt. On his way to the meeting point Fairburne learns that the officers plan to betray Vahlen to Hitler by giving Hitler Vahlen’s personal diary. Fairburne assassinates the courier and takes the diary for himself. The book details Vahlen’s plans to conquer Europe.

During their next mission Fairburne and Brauer learn of a supertank codenamed the Ratte. Brauer is killed during the mission, and Fairburne joins the LRDG in assaulting the German Controlled Pont du Fahs Airfield. The assault leads to a map giving the location of the Ratte production facility. Fairburne finds the facility where he comes face to face with Valhen. Fairburne manages to destroy the base with the Ratte prototype taking Valhen with it.

Now that you’re all caught up on the story of Sniper elite, it’s time to jump into Sniper Elite 4.

At it’s core, Sniper elite 4 is a 3rd person tactical shooter. As the name suggests a lot of the game play is based around sniping and picking off your enemies from great distances, stealth plays a massive part in the game too as a lot of the mission require you to be a silent assassin.