At it’s core, Sniper elite 4 is a 3rd person tactical shooter. As the name suggests a lot of the game play is based around sniping and picking off your enemies from great distances, stealth plays a massive part in the game too as a lot of the mission require you to be a silent assassin. Even though the game uses a sniper rifle as it’s core weapon, players are able to use other weapons as well, such as assault rifles, hand guns, grenades and trip mines.

Sniper Elite 4 comes with an upgraded Map system which includes integrated vertical expansion which means maps will be larger in size compared to Sniper Elite 3.

The artificial intelligence has been upgraded from Sniper Elite 3. According to the developers, Rebellion, the AI has been given a significant upgrade to the point where enemy troops will scout out an area where they believe the sniper shot was taken for example. The upgrade in AI will also result in the importance of higher ranking enemies such as Officers. For example if the player takes an officer out early, his troops may retreat due to lack of orders. Likewise if the officer is not taken out he will direct the troops making Karl Fairburne’s mission more difficult to accomplish. 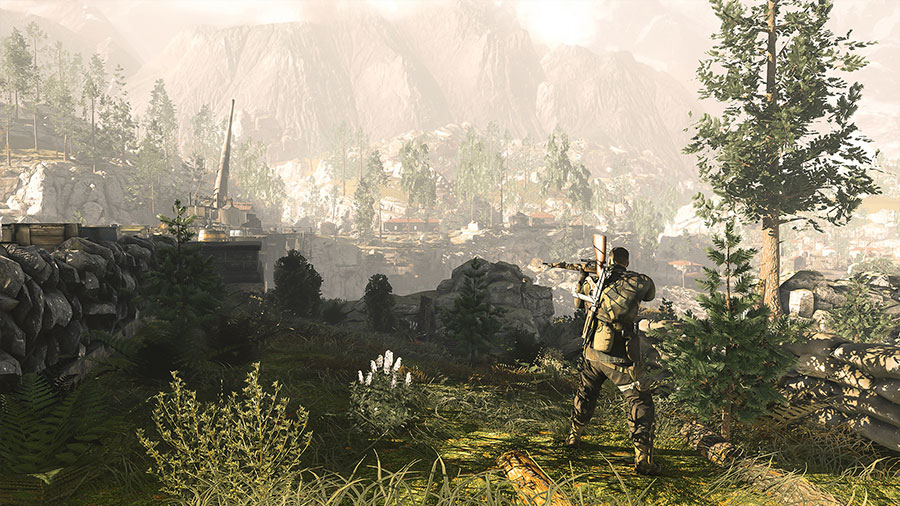 One thing that was a favourite with fans in Sniper Elite 3 was the kill-cam feature. A perfect shot would trigue a slow motion X-ray cam which followed the bullets trajectory as it made it’s way into the body of the unsuspecting enemy. Sure it was pretty gruesome but it was a feature that the fans really liked. Sniper Elite 4 builds on the kill-cam as this time around it will not just be built on distance shots only. The cam will activate when an enemy is executed in any way such as from knives, explosions and other weaponry. Players will also get extra points for Shrapnel and melee kills.

Other gameplay upgrades include the ability to take out lighting to enhance your stealth and the ability to lay booby traps on corpses to trick unsuspecting enemies. Fairburne also carries a handy pair of binoculars which help with tagging enemies and giving the player a rundown of what weapons they are carrying

We cannot wait to sink our teeth into the new gameplay features of this game as we eagerly anticipate the game's release.