The best strategy games you should play right now!

We believe that these are the best strategy games for pc that you can play right now, so if you haven’t had the chance to play any of these games yet then we suggest you pick them up straight away. 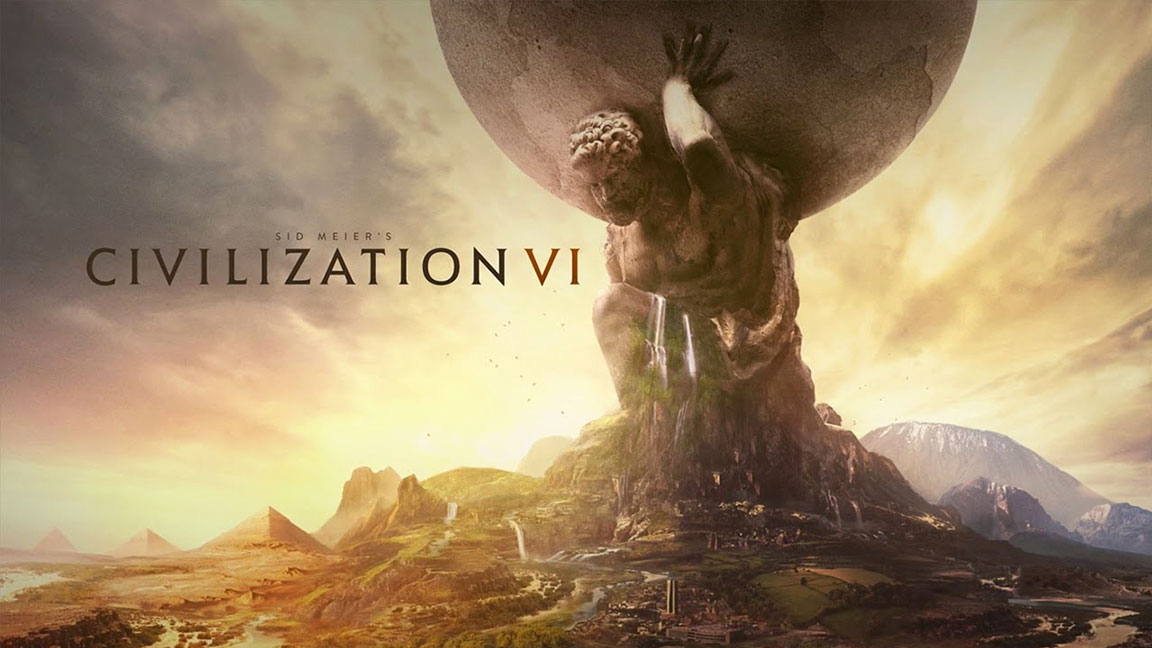 One of the most popular game series in existence, Civilization is the game that you turn to when you want to be engrossed in deep strategy, in the specific genre of ‘4X’ (eXplore, eXpand, eXploit, and eXterminate). Pick one of many civilizations such as Aztecs, USA, Japan, Macedonia, and lead them from early settlers to leaders of the UN, the space program or world domination.

Winning the game comes in various forms, so not only can you conquer other Civilizations, but you can band them together with democracy, or put together the Alpha Centauri project and leave Earth. The maps are procedurally-generated too, so no game is the same. You must explore your world, find your neighbours and master your surroundings. England for example excels in utilising the sea, and so you should definitely seek out the coast before settling your first town. Using research and your Civilization’s unique abilities, guide your empire to your chosen destiny. There’s no game that’s more ‘one more turn’ than Civilization. Just watch out for nuke-happy Gandhi. 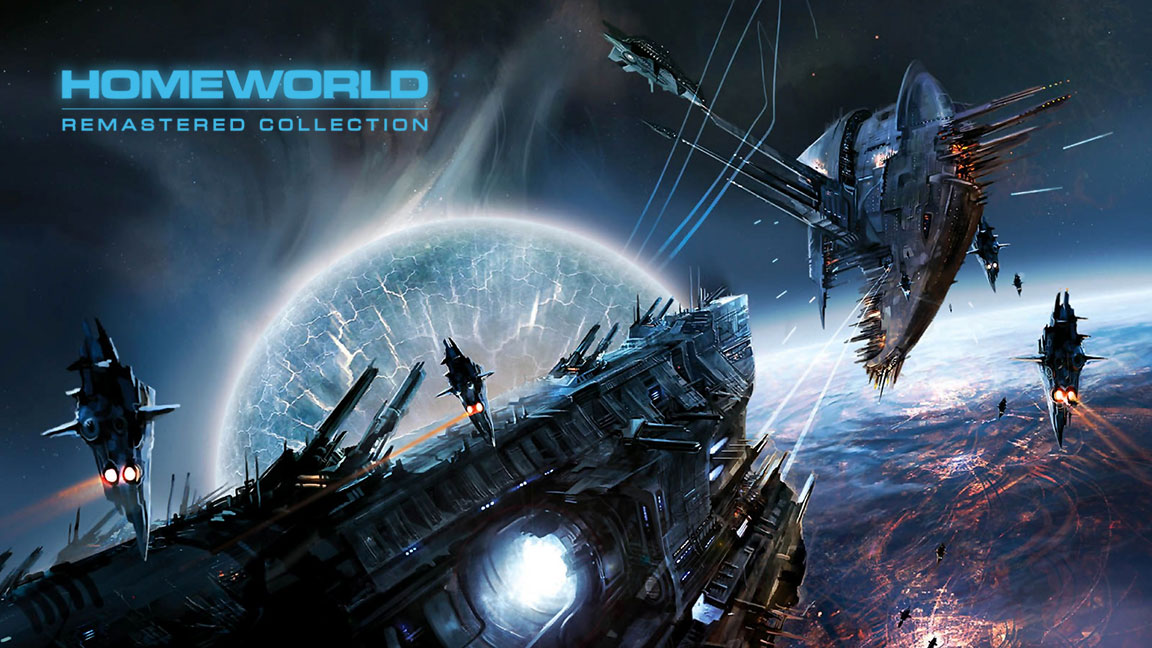 The first thing to suggest that Homeworld was a bit special back in 1999 was the intro sequence, moving from "hand-drawn" animation into what looked like the pre-rendered launching of the mothership, only for the top and bottom black bands to disappear and being left with the realisation that these were the graphics - mindblowing.

The game tells the story of the Hiigarans' tragedy-filled journey to find their home planet in a fully 3 dimensional RTS where your performance in one mission directly affects the resources you have in the next. Scrape through by the skin of your teeth, and you'll have very few ships with which to fight the next mission.

Homeworld showed clearly that an RTS in space could work extraordinarily well, but what set it apart (other than the astounding graphics) was the audio work. The choice of Barber's adagio for strings to accompany the intro, and the near constant muted radio chatter from your fleet put atmosphere front and centre. A masterpiece of a space opera.

Read more: Why You Should Play...Homeworld Remastered Collection 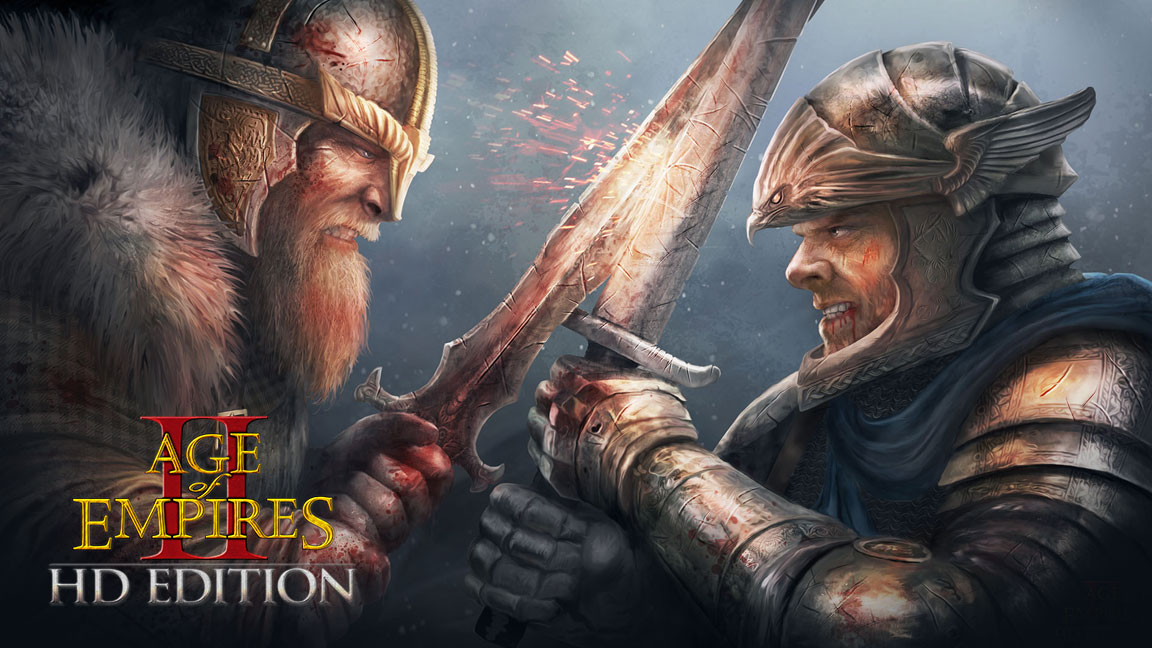 In 1999 long-time Sid Meier collaborator Bruce Shelley released the second game in the Age of Empires series. Building on many of the founding principles of Civilization, Age of Empires is an RTS that sees each player start with a young faction, building and improving cities to expand and evolve from the dark age through the feudal and castle ages into the imperial age - or around 1,000 of world history.

Much like Civilization, the player could choose a country to represent, complete with different strengths and weaknesses that could be the difference between life and death as the game progressed.

Releasing in the golden age of real time strategy games, where Command and Conquer was going head-to-head with Starcraft, Warcraft 2 still ruled the fantasy world, Total Annihilation was showing how big battles could get, and Homeworld was setting a new benchmark for atmosphere, Age of Empires 2 showed that a game could have huge historical scope while exploring the genre from a new angle. 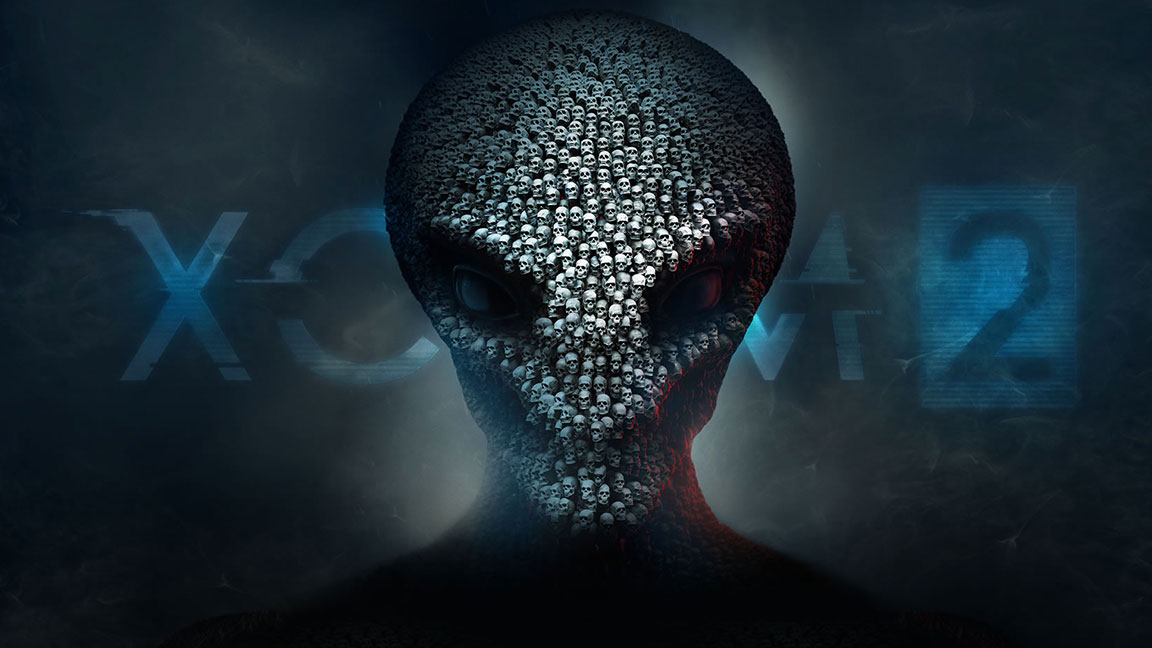 The latest installment from the iconic franchise that will have you developing personal attachments to your favourite squadmates and then having them cruelly struck down by a critical hit. X-COM 2 is (obviously) the sequel to X-COM: Enemy Unknown, the game which pits you and your squad of soldiers against alien invaders. The turn-based quad combat gives you options to specialize and level up your merry gang to snipers, heavy weapons experts or even the sword-wielding rangers. In X-COM 2, the tables have turned and Earth has lost the war. You will run guerilla ops and lead the fightback for Earth. In addition to the battles, you will also build up your base on an awesome stolen Alien mothership and have options to play your own way, developing alien technologies or special weapons to get the upper hand.

It’s a hard game but an accessible one in terms of mechanics and will teach you the meaning of taking care of your squad as deaths are permanent and a rash decision can have grave consequences. This game really does have some style, interesting enemies and some fantastic soldier customisation options, not only that but the upcoming expansion - War of the Chosen - promises to add tonnes of content to the game. Just don’t forget to pray to the gods of RNG to keep your gang alive. 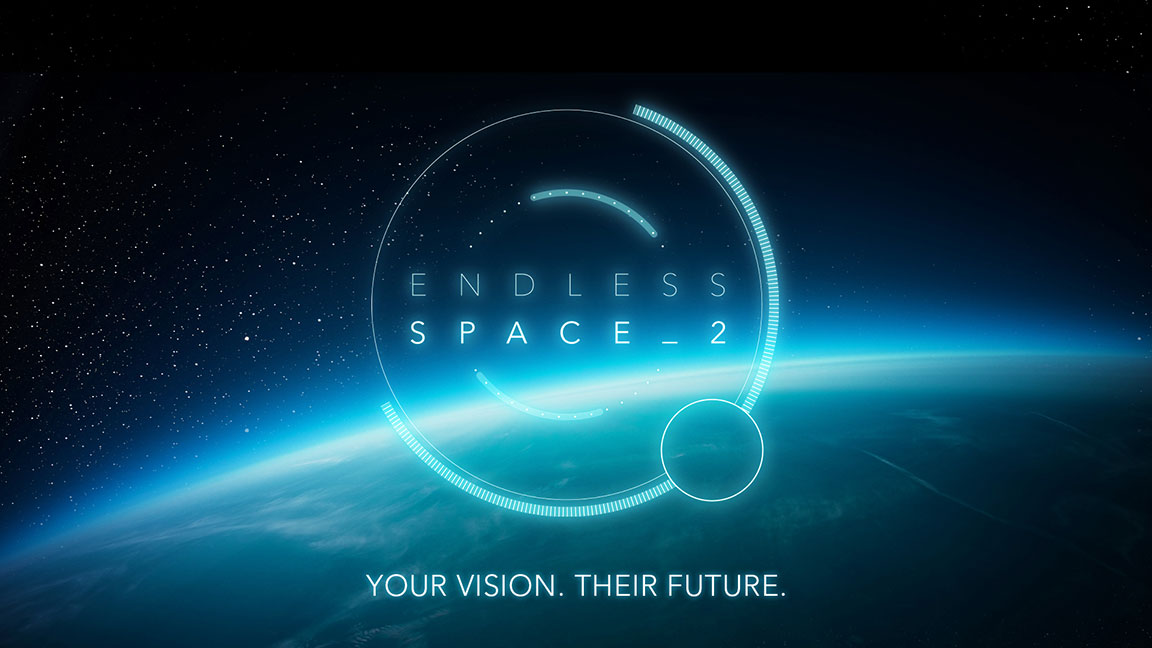 Endless Space 2 is an expansion and refinement of everything that made Endless Space the most original and exciting space 4X game to come out in years.The sense of style that has become a staple of Amplitude Studios’ games is ramped up in Endless Space 2, making it not only one of the best 4X space games out there, but also one of the most beautiful to spend your time in. Following on with their ability to create individual factions with unique flavours, Endless Space 2 features factions such as peace loving space trees, clones of an extremely vain man, and time manipulating robots. They don’t just look different, they truly play different with different bonuses and restrictions affecting each of them, as well as different musical scores and a separate ‘feel’ to how you approach the game. It means that whilst you might know how to play 4X games, you may not know the best way to play each of Endless Space 2’s disparate factions just yet. This means that every game remains fresh, and you often don’t know what to expect. Given Amplitude Studios’ track record of supporting their games, we expect to see big updates and enhancements to Endless Space 2, meaning that the best will only get better. 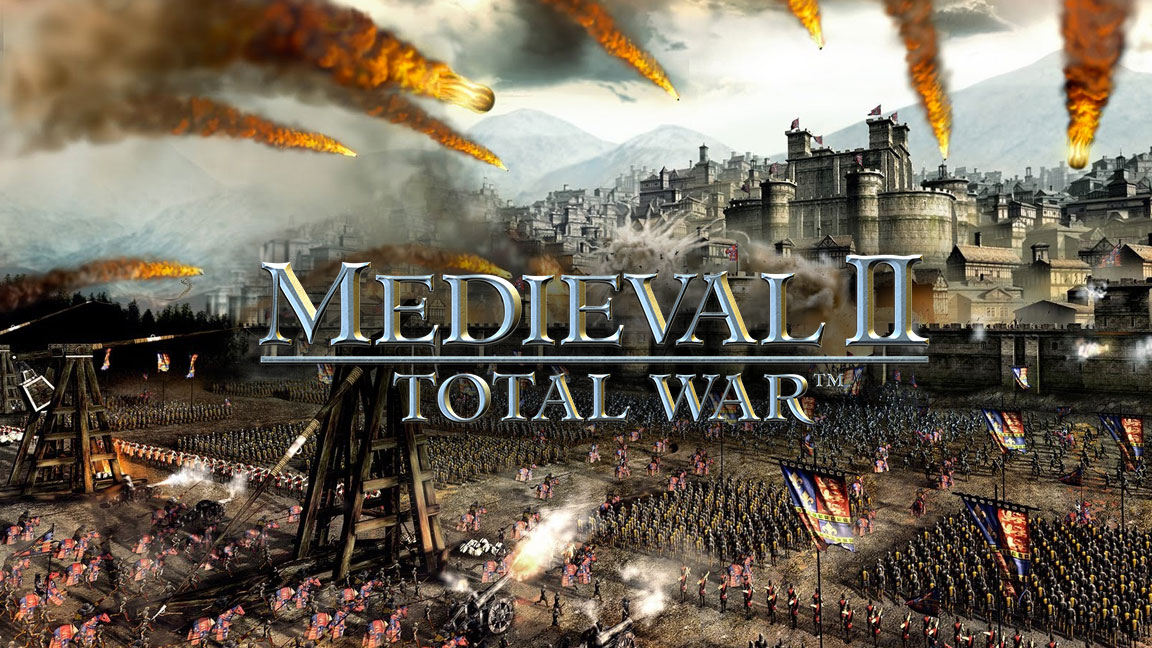 The Total War series blends a grand strategy map, complete with cities, armies and realistic continental landscapes, with real-time battles that feature thousands of units clashing into each other. Each entrant into the series takes on a different period of history, but the best out of all of them is Medieval 2. Set on the entire European continent, with North Africa and the Middle-East as well. Pick a nation such as England, France, or the Byzantine Empire, and conquer your enemies.

Whilst you manage your trade, your royal family, and your settlements on the big map, you can maneuver your armies around, recruit and handle spies, and spread your religion. And if the leader of your religion calls for aid, then you better show up otherwise it could be trouble on the world stage.

Start a battle, whether on open field, besieging a town or defending a castle, organise your army and pick your formations. Crush your enemy with cavalry charges, stand strong with walls of interlocking shields, or defend your walls with arrows and boiling oil. Total War games have two sides, and both sides are incredibly fun. 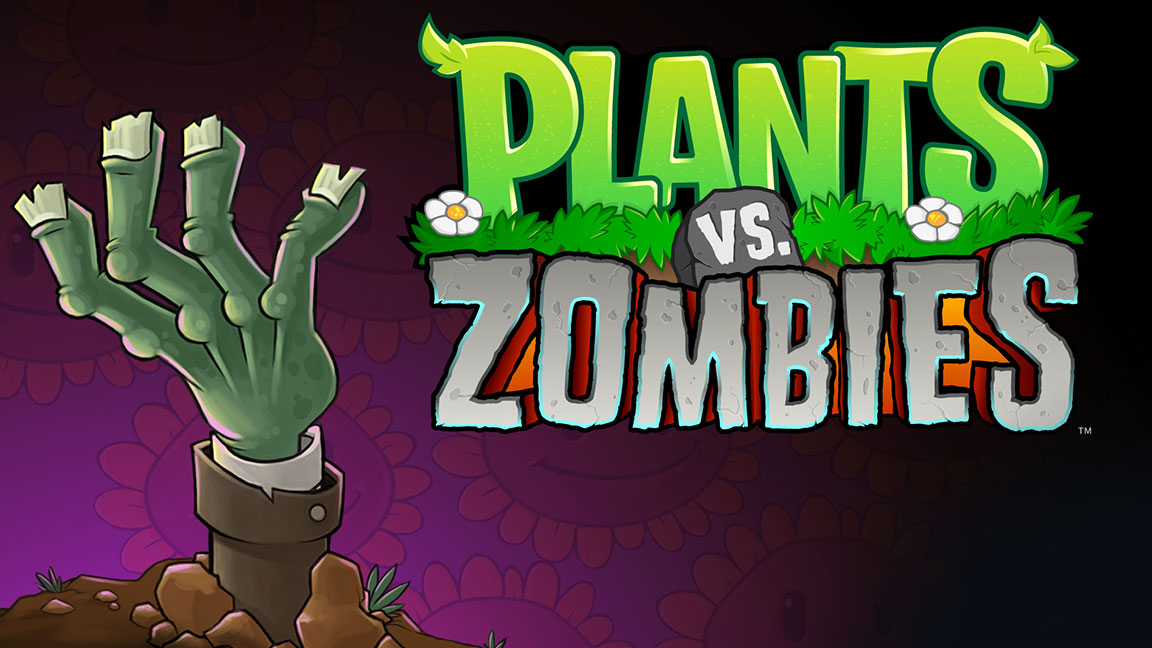 Plants Vs Zombies is a strategy game where players must defend their house from oncoming waves of zombi es. This may sound simple, however, you only have various amounts of plants at your disposal in order to defeat the amassing zombie hordes (because using plants against zombies is perfectly logical). Luckily these plants are equipped with projectiles and defense mechanisms in order to defeat the zombie masses. The zombies do have their own tricks up their sleeves as there are a variety of different zombies you will have to defeat. Do you think you are upto the challenge to apply your botanist skills in order to save your beloved home?

Plants Vs Zombies is a load of fun and isn’t afraid to challenge players in the later levels. On the surface it may look like a light hearted game for anyone to get into, but once you dig deeper into the game's mechanics and the later levels, it soon turns into a highly challenging game which will test even the most seasoned of strategy game players. 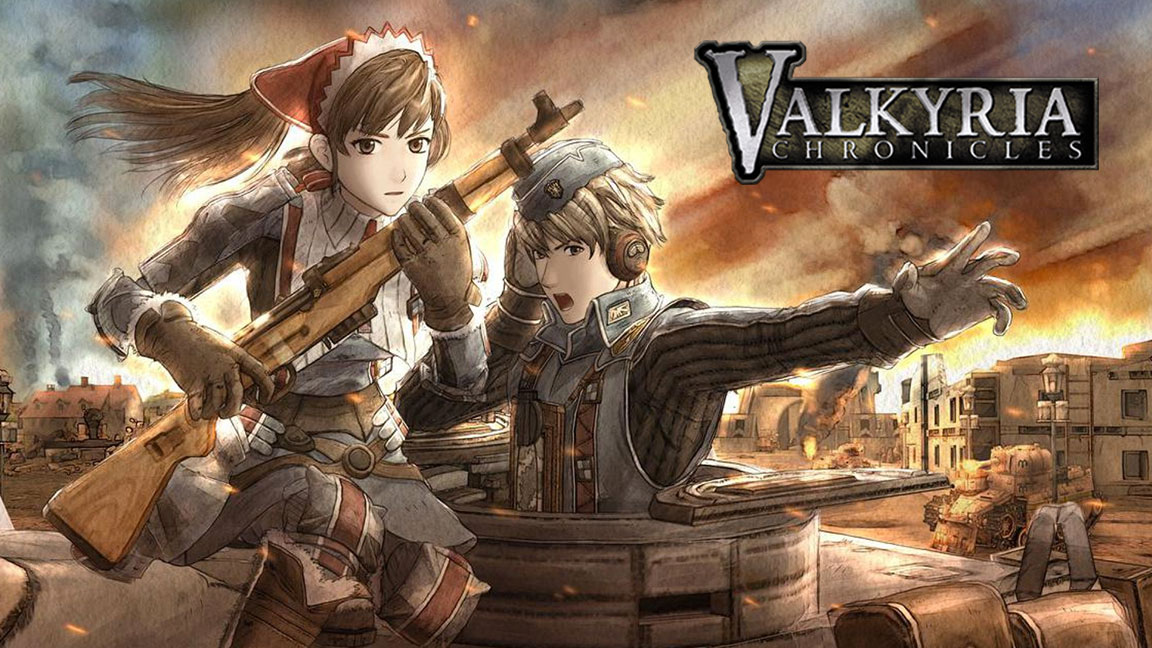 Combining tactical combat, an immersive storyline, RPG elements, and animated film level cutscenes, Valkyria Chronicles brings everything together to make a masterpiece of strategic joy. Set in a fictional world analogous to early 1900s Europe, it puts you in the position of a young man called Welkin Gunther, son of a war hero, and owner of a rather large tank. You take this tank, and a ragtag band of misfits into the emerging war between your nation and The Autocratic East Europan Imperial Alliance and act as a fulcrum for the entire conflict, eventually becoming the last hope for peace. The tactical combat system is entirely unique, combining real time movement with turn based action points, meaning you take control of your individual soldiers to line up headshots or other tactical maneuvers. Each soldier fulfills a particular role on the battlefield, leading to a rock-paper-scissors approach to combat, with you needing to defend against particular units whilst attacking others to play to your army’s strengths. Combining a deep and endlessly replayable tactical combat system with a wonderful storyline that ties in relationships, continental wars, and even magic, Valkyria Chronicles is the strategy game that if you haven’t tried yet, you really should. 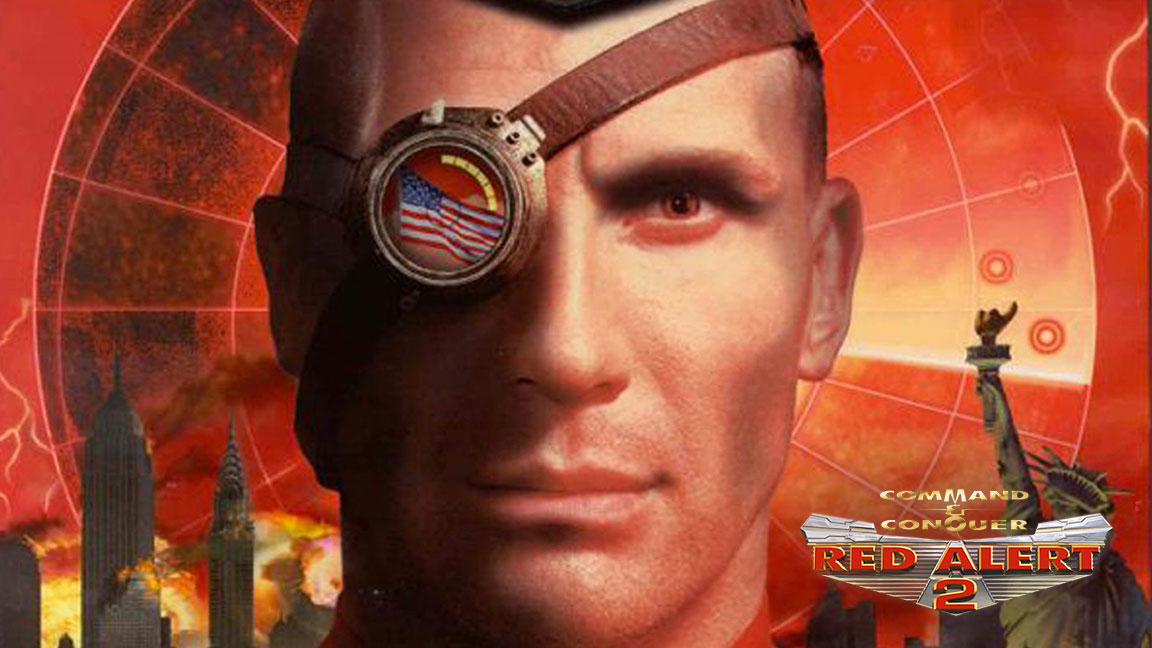 Ask a Command and Conquer player which their favourite game in the series is and you'll get a mixed bag of choices. Back in 2000 however the choice was very easy, and for many players it will be the same now as it was then - Red Alert 2.

Continuing the alternative history storyline from the original Red Alert, this was classic-era Command and Conquer, complete with full motion video cutscenes. This is the war for freedom as the United States is conquered by the Soviets influenced heavily by the leader of the Soviet Psychic Corps, Yuri.

A classic RTS in every sense, this is resource gathering and base building at high speed with 2 factions to choose from that had very different abilities. The expansion pack, Yuri's Revenge, took the game onto a whole new level of fun as the ousted Psychic Corps leader developed a faction of his own. Let's just say that until you've paired a mind-control tower with a grinder you haven't lived.