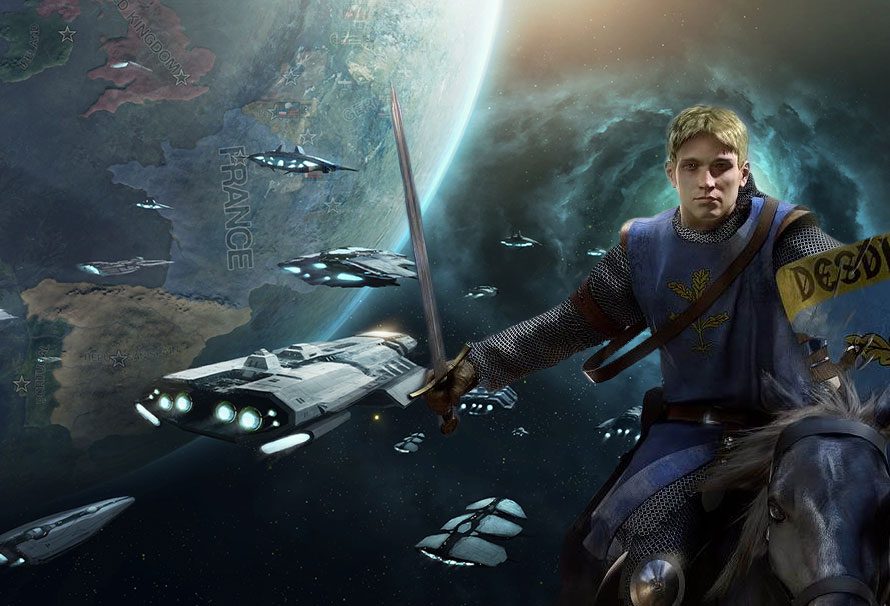 Paradox make some of the finest and most in-depth strategy games around. But what are the best ones? Well thankfully we here at Green Man Gaming KNOW. So here. We. Go!

The Cities series was always one to watch out for, but they were a bit hit and miss. Then Cities: Skylines absolutely hit it out of the park and struck all the right chords. The freedom available to you as a city planner allows you to draw out the city of your dreams, letting it breathe and become a real place. With mod support also thrown in, there’s almost no type of city you can’t build. Someone’s even modelled the infamous Spaghetti Junction from the UK!

BRB just installing a mod to turn off Chirper.

If you like Master of Orion, Star Trek, space, or any or all of the above then Stellaris is the game for you. It’s the most advanced and interesting take on the 4X space game since…well…ever! Moving away from the turn based formula, Stellaris sees you take your civilisation from a tiny starter system to a potentially galaxy spanning colossus. The best thing about Stellaris is that sense of style and personality it has, not just in the UI and your interactions with the game, but also from your chosen species. Like those that precede it, Stellaris’ species are unique, but this pushes them even further, that sense of identity affecting your interactions with other races, how you govern planets, to your technology. If you want space, check it out! SPACE!

It’s also got some amazing expansions now, all of which add or change up the game in different ways, definitely worth your time!

The Hearts of Iron series is probably what a lot of people think of when they think of strategy games. Set in World War II, Hearts of Iron IV is a super involved scenario that plays out in a multitude of ways, depending on your actions. Hearts of Iron IV is a game of making tiny changes to history that cascade and turn into a rolling wrecking ball of historical alteration. Set over the entire world, you will be flying above the action giving orders to troops, moving your armies about, setting up production facilities and basically running the entire of a side of World War II. It’s deep, it’s complicated, but if you can get your head around it, it’s so, so rewarding.

Crusader Kings II is The Paradox Game for a lot of people. Taking a different approach to most strategy games, it’s more of a politics and dynasty simulator than an outright strategy game. Taking control of a lord or king, your aim is really to prosper, and to create an interesting story! For example, my first game I received the goal of assassinating my wife, so I put her in prison and fabricated charges against her. Alas she was found innocent and made it out, quite cross at me. Then on a hunting trip I ‘mysteriously’ died leaving my wife and son in charge of my fiefdom! Stories like that are just part and parcel of Crusader Kings II. Think of it less like a complicated strategy game, and more like a TV Soap set in medieval times.

What if the bad guys won? That’s the question at the heart of Tyranny. While not really a strategy game, it does feature strategic combat much like the better known Pillars of Eternity, and it’s a full RPG filled with the kinds of difficult decisions and choices that RPGs of this kind are absolutely renowned for. Set in the aftermath of a great war, you’re on the winning side, but you’re part of a very evil empire. The amazing premise aside, Tyranny is a deep RPG which allows you to decide the fate of not only yourself, but also the many factions and NPCs you come into contact with. If you love Pillars of Eternity, Baldur’s Gate, or the older Fallouts, Tyranny definitely demands that you check it out.

OK so Magicka 2 really isn’t that much of a strategy game, but it is an amazing game! The original Magicka is one of the most fun co-op experiences you can have, and Magicka 2 absolutely builds on that in every way. The magic system at the heart of Magicka lets you build custom spells on the fly, and they always have hilarious effects (especially if you’re not paying attention to where your teammates are). The magic system is easy to pick up but incredibly deep, with different elemental effects that work against enemies in different ways, and different types of spell you can craft and cast as you blast your way through a single player, or co-op, campaign. If you want to laugh with your friends, and occasionally hear them swear as you blast them off a cliff, Magicka 2 is for you.

So there you go, check out these amazing Paradox games! If you have a favourite we’ve missed, let us know in the comments below!