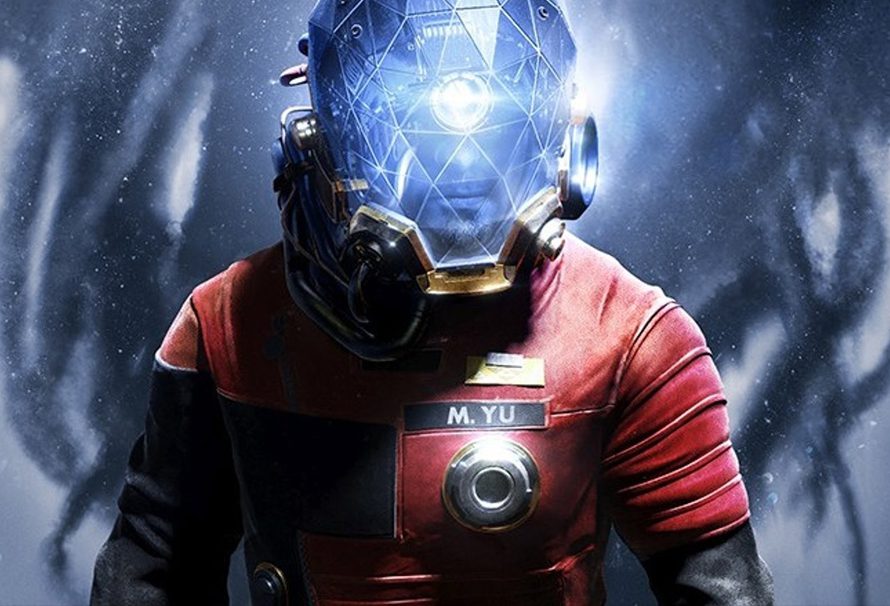 We got the chance to play some more Prey last week and we soon discovered that there is a huge amount to do in this game. If you have been following the buzz around Prey at all, you have more than likely heard something along the lines of Prey feeling like a mix between Bioshock, Deus Ex and many sci-fi games. So we thought it best to show you just some of the things you can do in prey. So join Gina and I as we list the 10 things we are looking forward to in Prey!

When ‘Mimic’ was first introduced as a power in Prey many people laughed at the fact you can change into a mug. After getting some hands on time with the Mimic power we can safely say that this power is addictive. Once you get hold of the Mimic power you instantly start exploring the Talos 1 space station just to find new things you can turn into! When Prey launches we predict that many videos will be created of players changing into all sorts of weird and wonderful things.

One of the handier weapons in your arsenal, the Gloo Cannon does a lot more than just stick your enemies to the floor. It can also be handy for gas, plumbing and electrical work as well. During out hands on time we used the Gloo Cannon to plug up gas lines and also temporarily fix some dodgy electricals.

One thing we weren’t expecting in our play through was moral choice. As you can see from the video above we were met with a choice to harvest a prisoner for more materials or set him free in order to get more ammo. True, it has been done in Bioshock before but it sure as heck works in Prey as well, It will be interesting to see if there will be a big moral pay off at the end of the game.

One of my favourite Typhon abilities because it covers a large radius with its effective and powerful blast. It gave me a chance to take back control in sticky situations, knocking the Phantoms off balance, so I was able to get the upper hand.

Although I’ve always fancied myself a shotgun kind of gamer, I’ve come to realise from my recent playthrough of Bioshock, that I have become more of a stealthy player. This transition probably occurred due to Dishonored 2 and The Last of us and I’m going with it, because sometimes surviving is the best option available. Look at those sneaky under the table shots.

My savour in boss fights and when large groups of Typhon were prowling after me. TOP TIP: Don’t throw this, but instead roll it into the place where the Typhon are walking, it took me some misses to get this right, but the Recycler Charge inflicts large amounts of damage and seemed to be the most common of the grenade ammunition to come by.

The Typhon Lure is one of the grenades in Prey and when thrown, the Typhon are drawn into it’s rhythmic aura, combined with the kinetic power ability or weapon of choice, it’s a deadly trick used against the relentless alien race on board Talos 1.

In order to use your neuromods and access unique Typhon abilities through your skill tree, you first must use the Psychoscope to study the Typhon and learn their powers. By studying live samples, you’re able to learn more about the Typhon and it’s a necessity in game progression.

Even though the video above shows us more of a mini boss fight, we can expect hard enemies and bosses when going into Prey. During our hands on time with the game we were warned that our play through wasn’t going to be easy. It will be interesting to see how hard the Typhon get as the game progresses.

Everyone loves to level up in games, and Prey is no stranger to character progression. Skill trees in Prey will give any player the opportunity to tailor Morgan to their play style. If you prefer guns over Typhon abilities for example then that’s no problem. The sheer variety the skill trees have in Prey will more than likely require more than one play though in order to try all of the skills out.

So that is the 10 things we are looking forward to in Prey, be sure to pre-purchase your copy of the game in time for its release on May 5. A demo for the game will be released on PlayStation 4 and Xbox One on April 27.