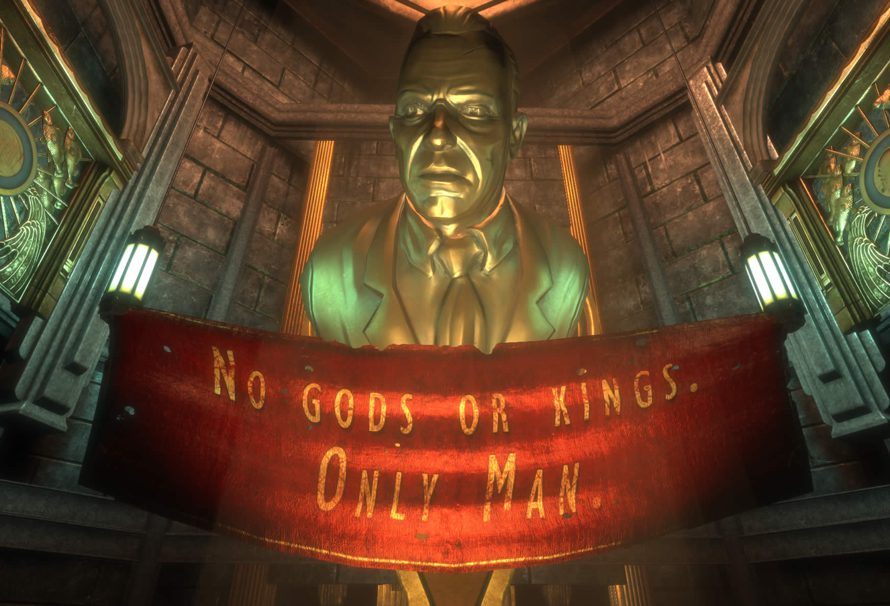 System Shock burst onto the scene all the way back in 1994, a date so far back in time that most of you reading this probably only know of it through legend. Developed by legendary developers Looking Glass and published by legendary publishers Origin, it wrote the manual for the immersive sim, with a legacy of games that use its feel and systems led approach to telling stories in a digital space that stretches out until the present day.

What Looking Glass started spiraled out to create some of the biggest games of the last couple of decades, and the ‘shock suffix has become something every gamer recognises.

We wanted to know though, what’s your favourite shock-like? Twitter only has space for 4 options so we had to prune down which games we’d put in the poll, so let’s cover the contenders:

Taking the name into the deep ocean, Bioshock introduced us to the twin pillars of the Bioshock series: a beautiful city in an improbable location, and politics. An Objectivist nightmare deep under the sea, Bioshock let us explore the rapidly declining city of Rapture and make hard decisions under the waves. Combine the beautiful world with a first person shooter that lets you customise the way you approach situations, and the ‘-shock legacy became firmly cemented in the gaming world. Playing it now, it feels very much in between the older ‘-shock games and the newer ones, the combat isn’t always amazing but it makes up for it with world building and just the feel of the place. And the twist is rightly considered a brilliant moment in gaming.

The newest game in the list but also the one that feels more ‘-shock like than almost any other, Prey takes you back to space and to a space station which is infested by…something. Featuring many of the ‘-shock series standards like pulling the rug out from under the character, being able to define how you play, and a whole semi-open world for you to explore. With this last one in particular, it feels much closer to the original System Shock and System Shock 2, because both of those gave you much more free reign to how you could explore than the later Bioshocks did as even though they might have some exploration you were still largely following a set path through a series of levels.

Firstly, sorry we didn’t include the first game. Just System Shock 2 is so damn good! Set on board the Von Braun and the Rickenbacker as they hurtle through space, you awake from cryo sleep and…well let’s just say that something isn’t right. It has surprises, different paths for you to follow in terms of your character customisation, and a reveal that if you don’t know what it is, I just won’t spoil for you because GOOD GRIEF it’s some reveal. It’s much more of a horror game than the others in this list apart from possibly Prey, and it features some of the most tense sound design in video game history.

That’s the contestants we put to the vote, what did you say?

Now Prey's been out for a few days…what's the best 'shock-like game?

A shocking surge ahead for Bioshock. The original Bioshock wins, leaving everything else in its wake.

I’ll be honest, I was surprised at this because I thought System Shock 2 was so beloved that it’d wipe the floor with the competition, but Rapture wins. You must all love being underwater just that much. That said, all these games are fantastic, so go check them out right now.

Join us on Twitter for more polls and votes in the future, thanks for voting everybody.