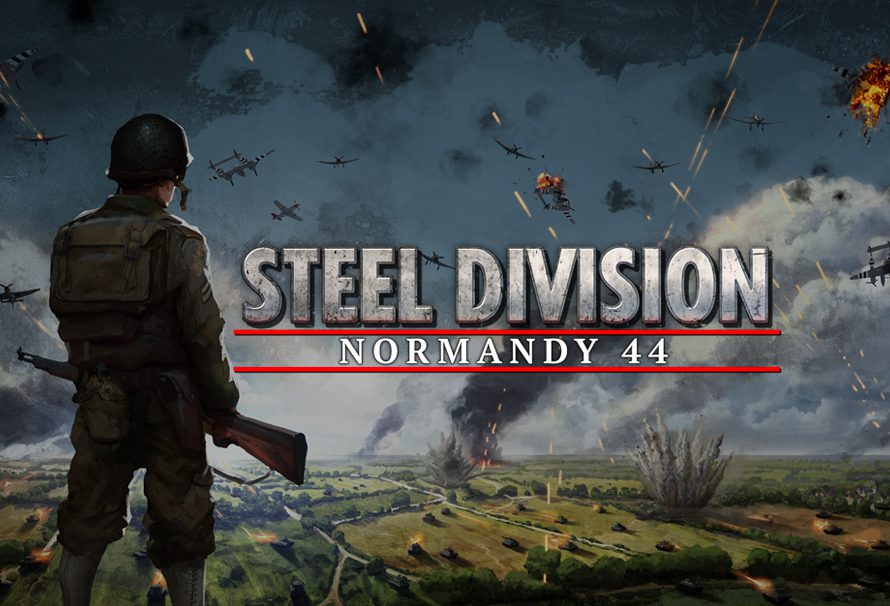 Steel Division: Normandy 44 is a new Real-Time-Strategy game from Paradox Studios, releasing on 23rd May. It uses the Eugen engine which is known for powering games such as Wargame, R.U.S.E. and Act of War. This games specialise in huge, tactical battles that allow you to zoom right into the action as you command your armies around a map. If you’re interested then read on, as I give you the lowdown.

Following in the footsteps of many other successful strategy games, Steel Division brings the large-scale, intense and tactical battles of the Western Europe campaign to your screen. Set during the invasion of Normandy by Allied forces in 1944, you must command up to six different armies to win battles across the bocage-strewn lands of Western and Northern France. The armies include: U.S. 101st Airborne, the German 21st Panzer and SS divisions, 3rd Canadian division, and British Para regiment. Steel Division features up to 400 individual units, all replicated from real-world models of WWII vehicles, weapons and uniforms.

The battle mechanics in Steel Division are similar to Wargame, in that you have a map with borders, deployment zones and the ability to spawn reinforcements throughout the game using Deployment Points. The map is separated by a visual frontline that moves as your units take over the area. Buildings can be garrisoned, guns and mortars can be set up, and planes can be called in for strafing runs and air cover. Every 10 minutes of the game, the game moves into the next Escalation Phase. There are 3 labelled A, B, and C. Different units can be spawned in different phases, meaning every escalation will bring more danger and amp up the game’s tension.

There are 8 different types of units that categorise the 400 different units in Steel Division. These are: Recon, Infantry, Tanks, Support, Anti-Air, Anti-Tank, Artillery, Air. There are many different types of each for each army, meaning Battlegroups (see below) will be drastically different. Units have different jobs on the battlefield. Recon, for example, specialise in scouting out the enemy forces in the fog of war beyond the front lines, Support units supply your army with more ammo and move them from place to place, and Air units will come in for bombing runs or dog-fight with the enemy Air units.

The Battlegroup mechanic allows players to choose the configuration of their own division, by picking different packs of units, and putting them into their army. It’s essentially deck-building in a card game. You have a limit per type of unit, as well as a Deployment Cost for each. As mentioned before each unit belongs to a Deployment Phase (A, B or C), and as such you must strike a balance between filling your Battlegroup with too many weaker units that will be less effective in game, or likewise too many stronger units that you will not have access to for the first 20 minutes of the battle.

If this has got you interesting in playing Steel Division: Normandy 44, then you can pre-purchase the game from the Green Man Gaming store.

Age of Wonders: Planetfall Expansion Due for November Release