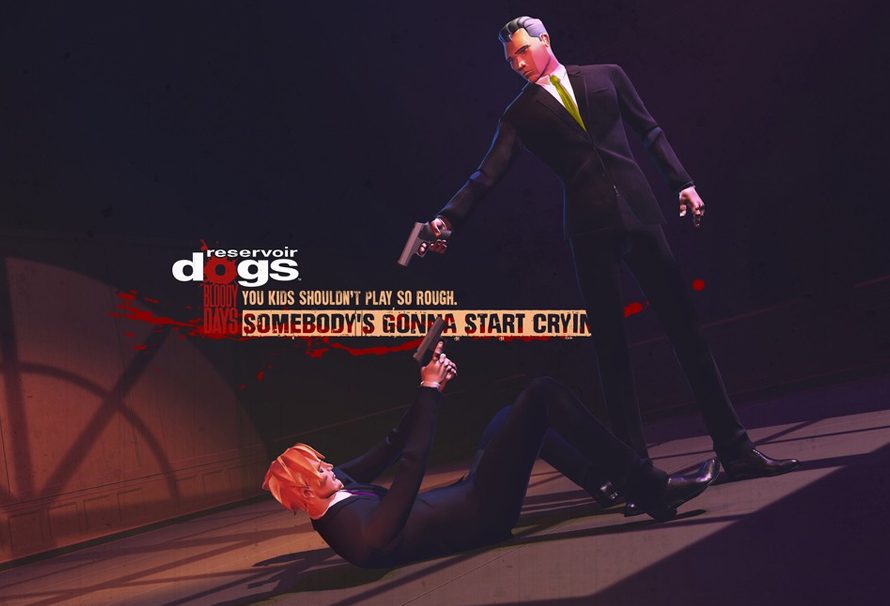 Reservoir Dogs: Bloody Days is the new strategic shooter from Big Star Games that released today. It’s a clever little game that takes some of the gory inspiration from the cult classic film by Quentin Tarantino.

If you’re a lover of the film, you can’t expect the same gritty and hazy monochrome-like shady setting, instead the scarlet red splatters, bold waxy animations and vibrancy that lines the design, makes the game feel standalone. The game does however, take the same characters from the film and give us an insight into the heists that the Dogs carry out, before the films grisly aftermath.

Due to the fact that Steve Buscemi’s face does not appear in the game (because of legal reasons) the change up in character appearances was a little skewed. Although the slick, suited approach was very on point, it didn’t give way to the original characters rough edges and slightly cheeky bravado.

They do however; have specific attributes in game, such as Mr Pink having the ability to collect more money after each heist or Mr White controlling a crowd of civilians.

Each of the heists faced, require two characters chosen for you by the game, with a third chosen by you. There are 18 heists, varying in difficulty, but each leading up to the fateful diamond heist, making the game a potential prequel to the 90s film. The gore on each heist is intense, as you have to scramble for bats, pistols and shotguns and if all else fails, use your fists to battle down mobsters and cops.

Each heist is timed, ultimately making it a score attack game, with the aim to collect as much money as you can stash at the end in the allotted time.

The top down gameplay is similar to that of Hotline Miami, a progressive, and extremely violent shooter. However, Bloody Days has a unique and fun time-travel feature, which adds a puzzler dimension to the game. As you progress through a mission, you’ll have a certain time in order to complete heists and your band of Dogs will probably take a bullet or two. The time-travel element from the game allows you to travel back in time and adjust and strategise before moving forward in the game.

You’ll travel through the characters one by one, rewinding time to cover your fellow Dogs mistakes (your mistakes). It’s a clever system, which is easy to get carried away with on the first couple of missions. Pressing space will switch you between characters and this is how you will control the game. This is where the puzzle element comes in, by completing mission’s swiftly and without casualties. The more you play, the easier this feature will become and soon you’ll be dodging bullets and performing stealth manoeuvres at an accelerated pace.

Reservoir Dogs: Bloody Days is out now on PC, so suit up and pave the way to successful heists!

XCOM: Chimera Squad - Everything You Need To Know