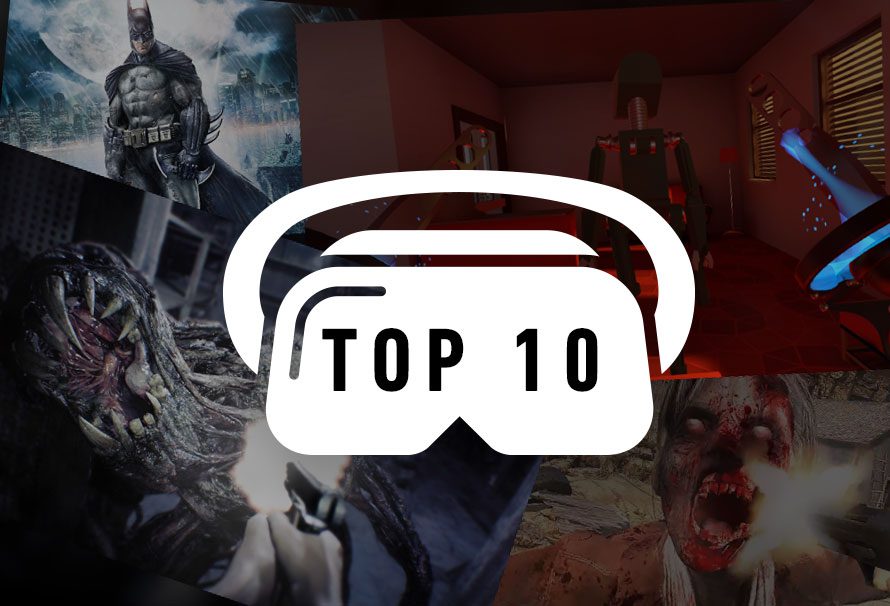 I always think of VR as being intense horror games, but they’re growing and now there’s something for every player…

For the zombie lovers – Arizona Sunshine

Arizona Sunshine is wonderfully bright, which makes the whole zombie outbreak thing a little less terrifying. The game’s main character monologue and the hazy, mumbles from the straggling zombies, make this game a lot of fun. It’s not full on horror, but has the feeling of evil dead meets the walking dead meets the hills have eyes. The range of weaponry allows for a manic experience, that is terribly addictive and for those that want the authentic zombie and VR experience, this game is a touch humorous and brilliantly adventurous.

A creepy game about infiltrating buildings to overthrow killer robots. The game is incredibly entertaining and a great one to play with friends. It has menacing undertones and a quiet brutality at its core, but Budget Cuts is fundamentally about killing robots before they kill you, which requires stealth and quick thinking.

For families – Rooms: The Unsolvable Puzzle

A rather sweet and desperate tale of a girl who needs to solve puzzles in order to escape a magical mansion. This VR game is great for families and those that want to hop on and off a harmless and charming, mystical experience. The puzzles are intriguing and varied and the soundtrack is a wonderful listen as you go about trying to escape each room.

For the horror pros – Resident Evil 7

If you’re after a more intense type of zombie game, that features more of the walking nightmares, but amplified with more of the guts, gore and scare element, then Resident Evil 7 is a great place to start.

The game is a first person experience anyway, but in VR, the gameplay and story doesn’t let up and the scares will beat down on you like the sharp edges of Jack’s axe. Resident Evil 7 isn’t as generous with its weaponry either and sometimes you’ll find yourself in the dark, alone, waiting.

For the film fans – Alien Isolation

The relentless harping of the radar is chiming through the dark, pipe lined corridors, and it can only be Alien Isolation.

This game is very true to the films, complete with dramatic build up, knowing glances and the slow and imminent descent into the jaw(s) of the aliens. It’s a cinematic VR experience that will plunge you into terrifying depths.

Batman is a VR all-rounder; it’s got fantastic characters, interesting tech, a tricky villain and a pretty good premise. The VR compliments the vast array of fun gadgets at hand and creates an immersive experience into the DC comic universe and grimy Gotham Streets.

For the space explorers – Elite: Dangerous

Explore more than 400 billion star systems in an MMO space epic. For those who love space or who are delving into their first space exploration game, Elite: Dangerous is mesmerising and beautiful and allows for fantastic VR interactions and encounters with other players in the vast expanse of space.

If you want a scary, but tamer than Resident Evil 7 experience, then Rush of Blood is the best place to start. Set in a fairground, you’ll set off on a horror ride, killing clowns and zombies as you progress to each level. With targets to achieve, this is a great intro game to VR, with enough scares to keep you on your toes, holding back enough for you to get to grips with the controls.

It’s also the add on to horror adventure game, Until Dawn and although this isn’t on VR, it helped ease me into horrors with it’s sappy ‘cabin in the woods story’ and wonderful gaming mechanics.

For the tea and biscuiters – Euro Truck simulator

A nice run of the mill kind of game, where you can sit back and relax and not have to worry about running into any rampaging zombie attacks, vicious clowns or tricky puzzles. Shut out the world and drive a truck, peacefully.

Warhammer fans delight at the VR version of the Skaven infested Vermintide. Now in VR, Vermintide – Hero Trials is the fast paced and magical fantasy game, which will see you wielding swords, lobbing potions and firing arrows at the army of Skaven, the large rat folk, who have taken over the land.

Playing a VR game at the moment? Got a game to recommend that’s not on the list? Drop us a comment!

Doctor Who: The Edge of Time to release in November