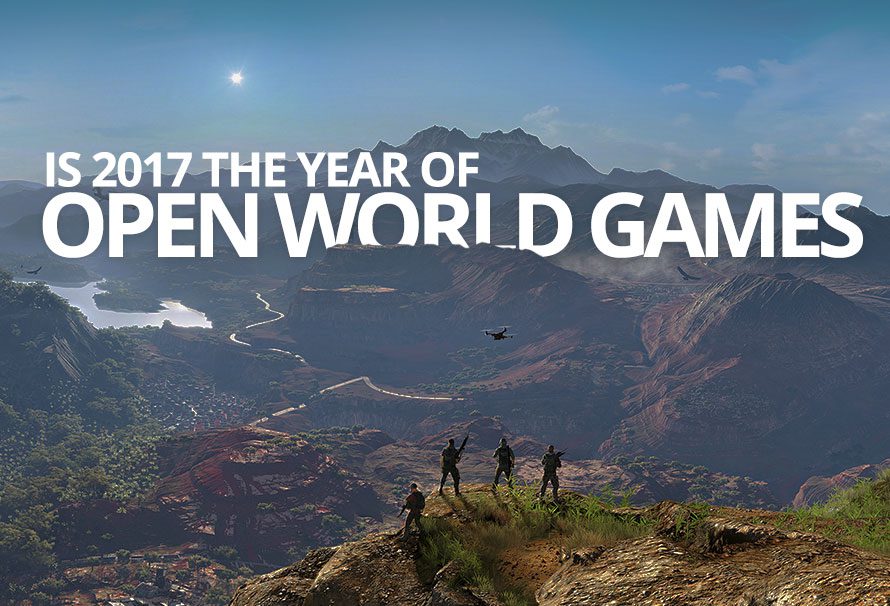 With the likes of Skyrim and Witcher 3 really setting the pace for large open worlds, have we as players come to expect more from our games? Are linear games enough for us? Or do some of our favourite franchises belong in an open world for us to explore.

The hype of No Man’s Sky is a great example of what players need from games, the functionality, the seamless transition between worlds and the emotive side quests tucked away in far reaches of each land. It’s not just adventure games that took this leap in 2016, but with extreme sports game Steep taking on the challenge, proving that players need an intense freedom in games. Let us wander!

2016 felt like it fell short of open world games with a few launched including Final Fantasy XV, Watch Dogs 2 and No Man’s Sky. However, the gaming industry is reactive and the players want to make a game their own.

So here are a few of our most anticipated open world games coming to 2017 that are setting a new bar for the platform.

The highly anticipated sequel to 2010’s wild west epic, sees us returning to the iconic cowboy themed open world. The original Red Dead Redemption was prised for it’s gameplay, taking the mechanics that made Grand Theft Auto popular and putting them in a wild west setting. We can’t wait to see what Red Dead Redemption 2 has in store.

The first in the series to take on the open world platform, Ghost Recon: Wildlands is set to have a fantastic co-op story mode, so you can play the campaign online with friends. Set in Bolivia, Ghost Recon might be taking the risk on making this open world, but by the looks of gameplay footage, the setting is incredible and the side missions enticing.

Although not fully open world, the latest in the Mass Effect franchise has open world elements. BioWare have taken Mass Effect: Andromeda to the next level, with a new storyline and characters. The team have worked to create a seamless transition between the planets you visit in your ship, the Tempest, within the Andromeda Galaxy. You can now stand aboard the ship and look out onto the galaxy in real time and pick and choose where you travel.

Similar to other open world RPGs such as FarCry and Final Fantasy, Horizon Zero Dawn allows players the freedom to explore a vast apocalyptic world, completing main story missions and side quests. Check out our blog post on what we know about Horizon Zero Dawn so far!

Another franchise taking on the open world genre, Sniper Ghost Warrior 3 is straying from its linear ways and injecting a fresh take on the series, including side missions and the three pillar system. This is a way that players choose to tackle missions, being strategic, stealthy or gung-ho!

With franchises even taking the leap onto the open world platform, there seems to be a change in pace to the freedom of games, even including those that follow a linear path such as Resident Evil and Tomb Raider. Are there any of your favourite games or franchises that you’d like to see take on open world? Drop us a comment and let us know!