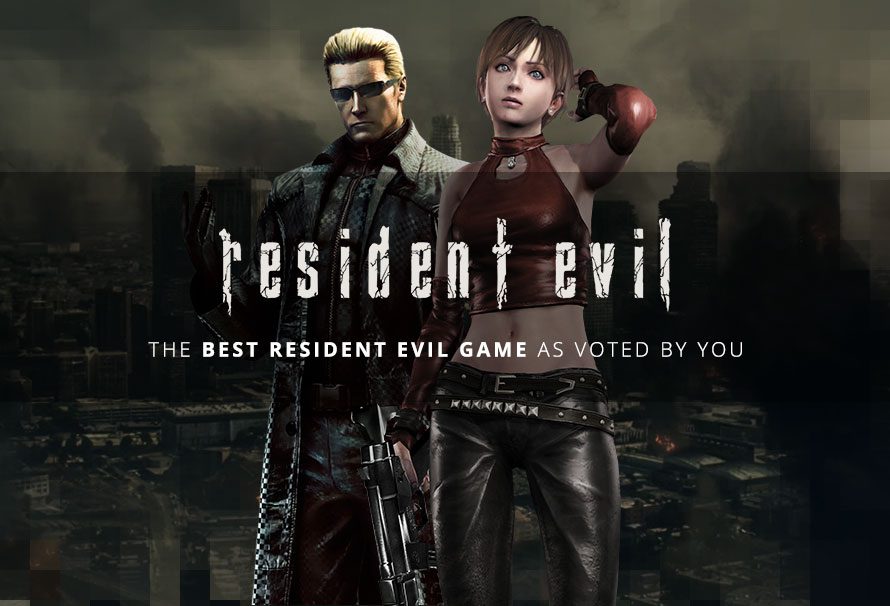 The week before last we ranked the Resident Evil Games from worst to best. This week we put the question to the GMG community on what they thought was the best Resident Evil game. Check out the tweet below.

As Resident Evil 7 is almost here, which game in the series is your current favourite? pic.twitter.com/toaS8Iuhmv

We had a fair few responses, we have tallied up the answers and the results are in. Here are the top 5 Resident Evil games as voted by the Green Man Gaming community.

The game with the fewest votes from our community is Resident Evil 3: Nemesis. The game that runs side by side with Resident Evil 2, players jump into the shoes of Jill Valentine as she tries to escape Raccoon city. Jill also comes to blows with Nemesis. a genetic abomination created by the Umbrella corporation’s bio-weapon the T-Virus.

What was ranked as number one in our article has been voted as number three by our community. The Resident Evil REmake follows the story of S.T.A.R.S alpha team agents Chris Redfield and Jill Valentine. They are tasked with exploring a mansion which happens to be the top secret laboratory of the infamous Umbrella Corporation.

The Resident Evil with the 2nd most amount of votes is Resident Evil 2. The sequel to Resident Evil is the first time we see Leon S Kennedy, who a lot of fans regard as the best Resident Evil protagonist. The game also goes into great detail about how the T-Virus outbreak escalated in the ill fated Raccoon City.

Resident Evil 4 received the most votes in our community poll. It’s no surprise really as most Resident Evil fans say that this is the best game of the franchise. Starring Leon S Kennedy, Resident Evil 4 gives the perfect balance of action and survival horror.