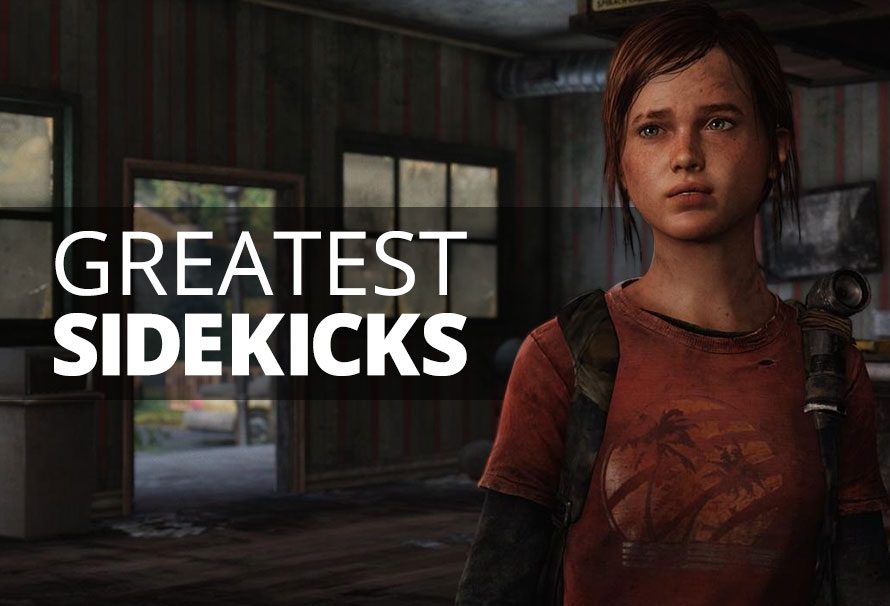 Ellie – The Last Of Us

Even though she is only 14 years old. Ellie can hold her own in the post-apocalyptic setting of The Last Of Us. This is a great thing as she could have easily been one of those sidekicks that players would have had to babysit constantly. She is proficient with most firearms and has some top notch survival skills. Heck, she must be good as it looks like she maybe the lead in The Last Of Us II .

As sidekicks in platforming games go, we think that Clank has to be one of the best. Not only is he a backpack sized robot who can give inspector gadget a run for his money. He also has relatively high intelligence and a quick wit to boot.

Ask any Fallout fan who their favourite character is and 9 times out of 10 they will probably say Dogmeat. The faithful canine has always been an optional companion ever since the early Fallout games. There was a collective sigh of relief when it was announced that Dogmeat couldn’t die in Fallout 4.

You either love Claptrap or you hate him. Here at GMG we love the the dancing robot. In the first Borderlands he is dead handy, aiding you in the beginning quests and giving you some top tips. Also we can’t get enough of those sweet dance moves.

Possibly one of the most useful sidekicks in video games to date. Elizabeth has the handy skill of finding you health and ammo just when you need it. She can also open portals to parallel dimensions and find you money. Not much more you really need from a sidekick really!

No sidekick list can be complete without mentioning the weighted companion cube from Portal. In Portal the companion cube is your best friend and selflessly sacrifices itself for your cause! Sure you may have aided its sacrifice by throwing it into an incinerator but it does truly love you. I mean look at the heart!

So that’s our list of the greatest sidekicks in video games. If you think there is someone who we’ve missed or you just want to state your adoration for the companion cube, you can do so below.