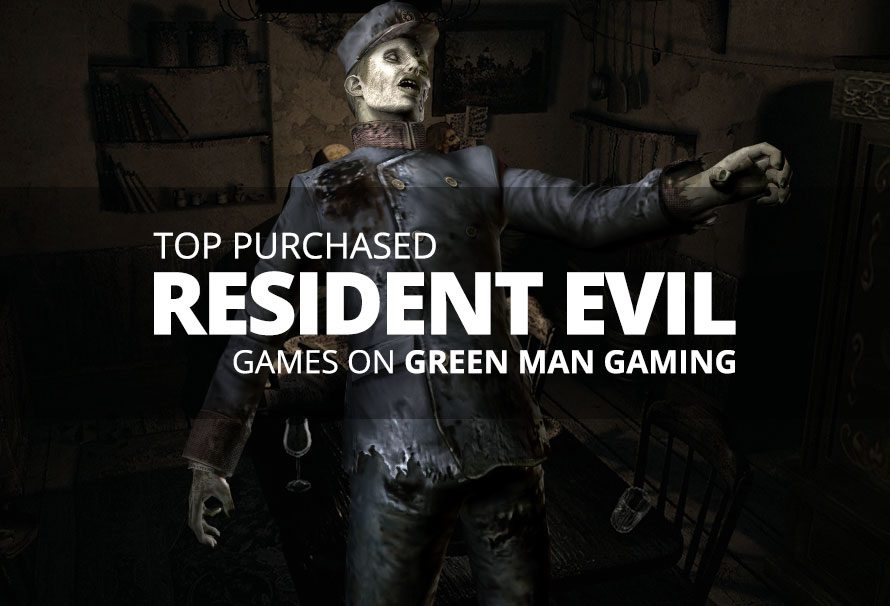 Resident Evil 7 is right around the corner. In less that 24 hours we will finally be able to jump into the shoes of Ethan as he is held captive by the infamous Baker Family. We will be live streaming Resident Evil 7 at midnight (GMT) tonight, to celebrate the games release.

Resident Evil 7 has been in the Green Man Gaming communities top 10 of most wanted list, and has remained there for the past few weeks.  To celebrate this we thought it would be a great idea to go through the sales stats on Green Man Gaming and work out the Top Purchased Resident Evil games to date. Check out the list below.

In at number 10 is the Deluxe Origins Bundle, the perfect title for anyone who is new to the Resident Evil franchise (or for anyone who wants to start at the very beginning) as it has both Resident Evil 0 and Resident evil 1. in one neat little package. Both titles are in glorious HD and packed full of extra content and DLC.

Number 8 see’s the prequel to the first Resident Evil game. Not as highly rated as most of the other titles in the Franchise, Resident Evil 0 does a nice job of filling in some of the gaps that the first game may have missed.

Number 7 sees the far more action based Operation Raccoon City. This is a 4 player co-op title set around Resident Evil 2 and 3, and you play as members of the Umbrella Security Service. If all out action and co-op game play is more of your thing then this is the title for you.

Originally released on the 3DS, Resident Evil Revelations takes out 6th spot. Set on a ship, Jill Valentine and Chris Redfield are tasked with stopping a bioterrorists plat to infect the Earth’s Oceans. It’s a pretty cool title set between Resident Evil 4 and 5.

A game that really needs no introduction, Resident Evil 4 comes in at number 5. To say this game is a fan favourite could be classed as an understatement. Resident Evil 4 was the first title to introduce more action to the franchise, and also starred everyones favourite character Leon S Kennedy.

In at Number 4 is the HD remaster of the first Resident Evil. As the original was the first ever Resident Evil title this is highly regarded as one of the greatest survival horror games as it defined the genre.

The second most purchased Resident Evil title on Green Man Gaming is Resident Evil 6. The heavily action focussed title tells the story of all of the franchises most loved characters.

Resident Evil 5 takes our top spot for the most purchased Resi title on Green Man Gaming. It is one of our favourite Resident Evil titles and it does a great job of continuing what Resident Evil 4 started. Also we get more Wesker!

There you have it. The most purchased Resident Evil titles on Green Man Gaming to date. Will the release of Resident Evil 7 change this in the coming weeks/months?

If you haven’t already you can pre-purchase Resident Evil 7 right here.