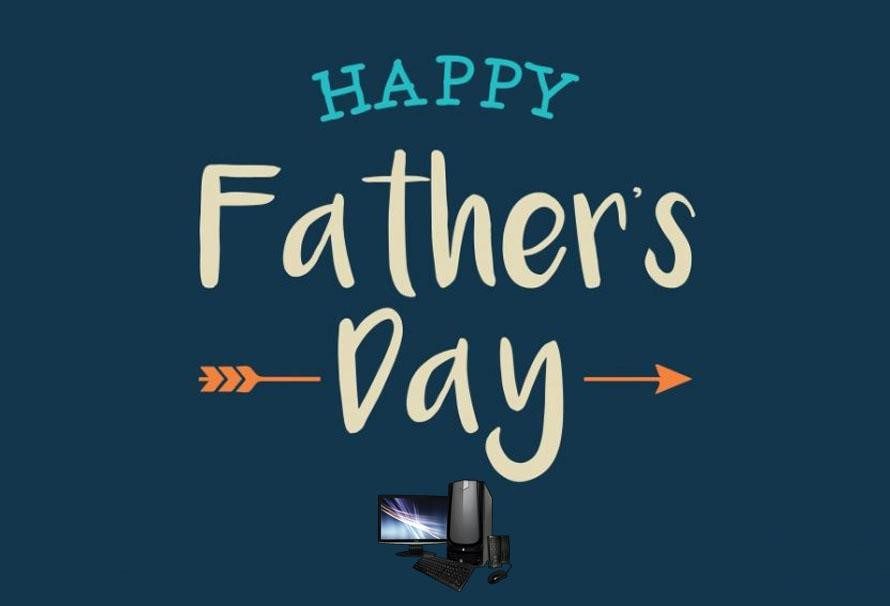 Ah, Father’s Day, the day where we celebrate dads the world over. If you have a good relationship with your dad it’s a reminder to just take a moment to appreciate ol’ pops.

Of course, you can also get them a gift. A card, a bunch of flowers, a mug with a hilarious ‘best dad’ slogan on it. Or you could get them a game.

If your dad games or wants to game, here’s our guide to some PC games that we’re sure they will love. We guarantee it*

*we do not guarantee it.

‘I never get any rest’ your dad might be heard to grumble. ‘Been ages since I had a holiday’ he’ll mutter under his breath. Surprise him with a trip to Greece. See the beautiful islands, make friends with the locals, experience life in the Classical period of Greece. Also, do a heck load of assassinations for good measure. His friends all holiday in Tenerife, but your dad? Your dad goes to Athens, 431 BCE.

Has your father just finished watching Chernobyl? Get the ultimate tie-in game with Fallout 4. Let him live his nuclear dreams amidst the crumbling ruins of post-apocalyptic Boston. All the graphite outside the reactor that he can point a pointy stick at, just for the low price of a video game. He’ll be soon telling his mates all about the time he liberated the Commonwealth or visited Nuka-World. The perfect accompaniment to a high-brow radioactive drama.

Dads often think that they’re the lords of their domains, but in Mount & Blade: Warband they can make that a reality. Carving out a slice of medieval life for themselves, it’s a perfect place to escape to when reality gets a bit much. Combat, horse riding, army building, massive battles, castle sieges, politics, and more. It’s just like real life, except with fewer ‘putting the bins out’ moments.

If there’s one thing dads like to do, it’s to tell you that they know better. Civilization VI gives them the chance to prove it once and for all. Oh you think I bought the wrong lightbulbs? Why don’t you prove your chops by covering the world in a glorious Hungarian empire. Then we’ll talk lightbulbs.

Dads also love, for some reason, racing. Many a Sunday is spent with their feet up, a glass of wine at hand, and the susurration of car engines whispering from the television. Why not take it a step further and actually get into the driving seat? Finally, get them to show that Jensen Button who’s the better driver. Spoiler, it’s your dad.

Cricket is the perfect dad game because what’s more dad than a game where you mostly don’t do anything? Perfect for a snooze through the afternoon, or most of the day if they’re honest with themselves. Cricket Captain 2017 lets them enjoy cricket whenever they like, by taking control of their own cricketing champions.

There’s a strange thing that happens when one becomes a father. You develop, out of nowhere, an innate fascination with World War II. In addition, you also become averse to spending money. Combine these two urges with World of Tanks, a game about World War II tank combat, that costs nothing to start playing. Win-win for papa dear.

Too much work, too many demands, got to see the in-laws at the weekend, garden needs tending. We say heck to it all, dads. Head to space instead. Fulfilling not only the desire to get away from this hell-planet and all its never-ending tasks and the meticulous model-building impulse that many dads harbour, Kerbal Space Program is perfect for a late night wander round the solar system.

So there you go, all the games you should shake your dad at this Father’s Day. If they don’t love at least one of these, we’ll eat our hat. Well, if we had a hat we would.

What games does your dad like playing, or if you’re a dad yourself, what do you love playing? Let us know in the comments below.