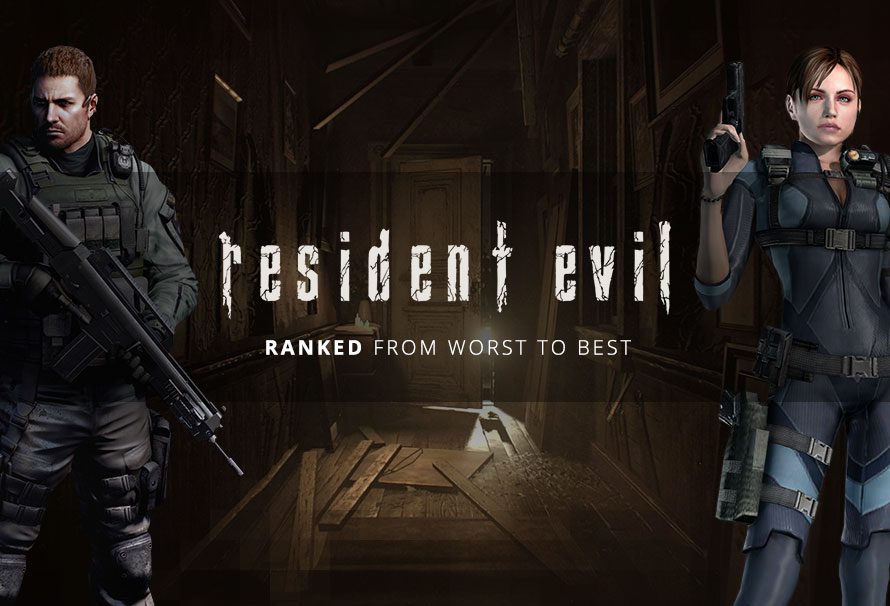 Resident Evil 7 is almost here! So to get you in the mood we have ranked all the main Resident Evil games from worst to best, just in case you want to cram in a game or two before the release of Resident Evil 7.

Possibly the fans least favourite game of the entire franchise, Resident Evil 6 likes to constantly jump between main characters making the game feel like it’s trying to cram every fan favourite character in at once. Puzzles have been completely removed from this game and it mainly focusses on running and gunning. If you are a fan of no nonsense shooters then you will probably get a kick out if this, but to us it really doesn’t feel like Resident Evil.

The only game in the franchise to be released in a episodic format, Resident Evil Revelations 2 still miss the mark when it comes to capturing the true spirit of Resident Evil. True, it’s not an all out run and gun shooter and it also brings back some of the classic survival horror elements that Resi is known for, but it does struggle with pacing issues and over excessive back tracking.

Developed at the same time as Resident Evil: Code Veronica, Resident Evil 3: Nemesis follows the story of Jill Valentine. Jill’s story works in tandem with the events of Resident Evil 2, whilst this is pretty cool it feels more like an expansion to Resi 2 as apposed to a full blown Resident Evil Sequel. Still worth playing though.

Resident Evil 5 isn’t necessarily the worst title in the franchise. In fact, it’s a pretty decent game! Admittedly, it does lack the suspense and stifling atmosphere of the previous titles but the action is fun, and the enemies are challenging, they’re just not scary! Also, Sheva is a brilliant companion as she is overly competent compared to some of the previous companions in the series.

The prequel to the first Resident Evil, Resident Evil 0 tries to tie up some loose story ends whilst trying to re capture the atmosphere of the first ever Resident Evil game. Some say that it doesn’t quite hit the mark but never the less, it is a great return to traditional Resident Evil form.

Code Veronica does a great job of using its very limited map. It’s very puzzle heavy and has a pretty good story. There is also a cross dressing bad guy who is actually pretty bad ass. What more could you ask for?

The sequel to the first Resident Evil carries on the epic story of the evil Umbrella corporation and its plans to create a bioweapon capable of wiping out the human race. The story is jam packed with great characters and also introduces fan favourite Leon S Kennedy. Which brings us to our next game…

Regarded by many fans as the best Resident Evil game this was the first title in the franchise to ramp up the action. The great thing about Resi 4 is that even though it is action heavy it does have a good dose of intense horror, with enemies such as the Regenerators being genuinely terrifying. We had to remove Resident Evil 4 from the top spot however due to Leon’s companion Ashley who could be next to useless at the best of times.

The remake of the original Resident Evil takes our top spot as it’s the remaster of the game that kick started this awesome franchise. It also sparked up a whole new genre of horror games which featured fixed camera angles and difficult puzzles. True, may people would get frustrated at the original Resident Evil as you were unable to save without an Ink Ribbon item for the type writer save points but as a whole the game has really stood the test of time.
So there you have it. Let us know what your favourite Resident evil game is in the comments section below. You can also get all the info you need for Resident Evil 7 from our new Resident Evil hub which can be found here.