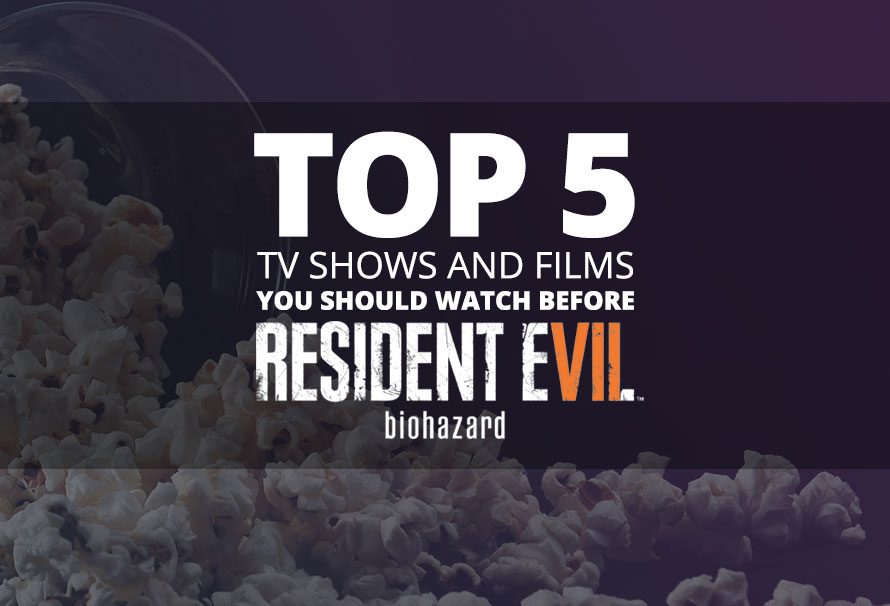 With Resident Evil 7 coming out next week (you may have noticed that we are a little bit excited about the game), we thought it would be a great idea to list some TV shows and movies that will get you in the mood. The great thing is that you will have plenty of time from now until release to make a good dent in this list. Check out the list below.

This is probably the most obvious item on our list. Loosely based on the game series, the Resident Evil movies follow the story of Alice as she battles against the Umbrella Corporation, who have released a bioweapon that is infecting the human worldwide and turning them into hideous zombie like creatures. Alice also bumps into some classic Resident Evil game characters along the including Jill Valentine, Carlos Olivera, Claire Redfield, Albert Wesker, Chris Redfield, Barry Burton, Leon S. Kennedy and Ada Wong.

Possibly the perfect episode of Black Mirror to watch to get you in the mood for any horror game. Playtest tells the story of a gamer who is hired to test out a brand new Horror game experience from a highly renowned games developer (think Hideo Kojima). The game that is being tested is set in a haunted house where a variety of ghostly and horror themed events and experiences happen. This episode is rammed full of game references and classic survival horror elements that will tick the boxes for any gamer.

Whilst we were playing the Resident Evil Beginning Hour Demo, we couldn’t help but be reminded of the latest season of American Horror Story. Roanoak is set in the deep south of America in an abandoned mansion where a variety of murders have taken place. There is an ill fated legend about the house which states that at the rise of the Blood Moon the spirit of the Butcher will be resurrected and will stop at nothing to murder any living thing in or around the mansion. The show also features a hideous cannibalistic ‘hick’ family which has some similarities to The Baker Family who feature in Resident Evil 7.

You can never go wrong with a horror classic, especially if it was banned in several countries when it was first released! We think that The Texas Chainsaw Massacre is worth a watch as it tells the story of a mad murderer who stalks both of the main characters whilst butchering a load of people. It’s definitely along the same lines as The Baker Family in Resident Evil 7 as they do stalk the player like some sort of sick game. So if anything this movie will give you maybe just the smallest idea of what to expect from your outing to the Baker Family household.

Cabin In The Woods

A horror movie spoof, Cabin in the Woods masters all the horror cliches and combines them in the tantalisingly humorous and clever movie that plays on the old age horror of a haunted cabin in the woods. Taking inspiration from such classics as Evil Dead, I know what you did last summer and Friday the 13th, Cabin in the Woods has similarities to popular survival game Until Dawn and is the ideal film to get you in the survival horror mood.

We hope that these films and TV shows will help you prepare for the Horrors that wait for you in Resident Evil 7. If you want some further preparation for the game, here are the games we think you should play before the game comes out next week.