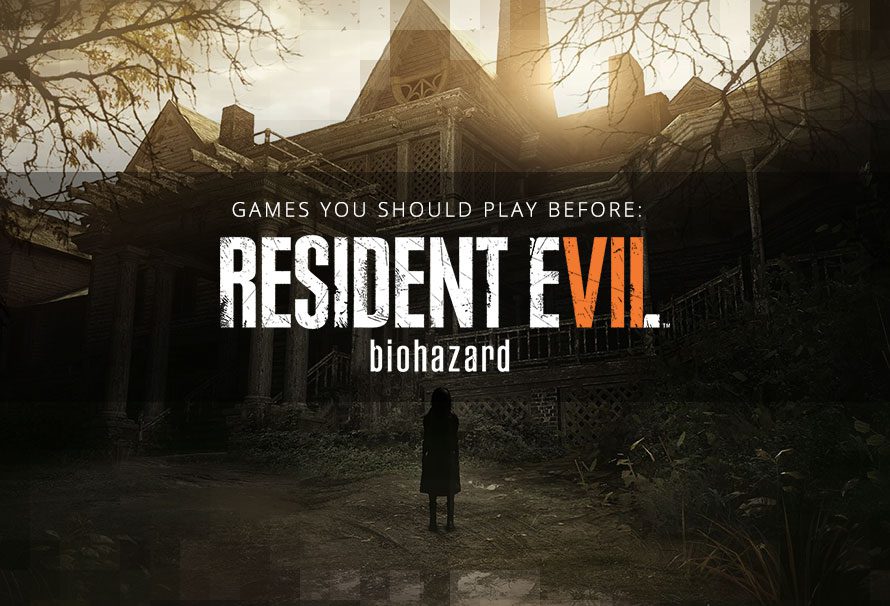 Resident Evil 7 is coming out in a couple of weeks, so we thought we would put a list together of the games you should play before the next epic instalment of the Resident Evil franchise releases on the 24th of January.

If you were lucky enough to download PT then you will probably agree that it has a fair few similarities in style and feel to the Resident Evil 7 ‘Beginning Hour’ Demo (If you didn’t, you can read this article that that highlights some of the similarities). If you are into jump scares and a generally horrific setting then this is just for you. It’s also a great way to build up some jump scare immunity.

Another first person survival horror game, Outlast pits you in an abandoned asylum where all you can do is hide from the horrors within. There are jump scares a plenty and even some areas where you only have the night vision on your camcorder to help you. Will you be able to survive Outlast?

From the original creator of Resident Evil. The Evil Within is a 3rd person survival horror game that any Resi fan or survival horror junkie should play. It’s full of over the top horror moments and adrenaline fuelled gameplay which has you fighting for your life. It feels very much like a resident evil game which is not a bad thing by any stretch!

This survival horror game pays homage more to the the slasher movies of the 90’s like ‘Scream’ and ‘I Know What You Did Last Summer.’ The game revolves around a group of teenagers stuck in a cabin in the woods trying to survive. The story is your classic horror affair which can play out in a few different ways, and as always there are a couple of jump scares thrown in there to keep you on the edge of your seat.

Nothing sounds more inviting than an abandoned mining space ship infested with zombie like alien beings. Dead Space puts you in the shoes of Isaac Clarke, a ship engineer you must fight his way through the the Necromorph hordes in order to escape with his life. The feeling of isolation mixed with feelings of absolute panic make this game great.

System Shock 2 does a fantastic job in striking fear into the player. The atmosphere and general creepy ambiance can unnerve even the most hardened horror fans. Also the jump scares happen when you least expect it. Say you are happily hacking into something and then from what seems like out of nowhere an enemy will spring from the shadows and catch you, so it pays to constantly be on guard. Good practise for Resident Evil 7 too as you are constantly being stalked by The Baker Family.

Any Other Resident Evil Game

This is probably the section of this post that makes the most sense. To really get yourself in the ‘Resident Evil Mood’ why not play any of the previous instalments. Our firm favourites are Resident Evil 1, 2, 4 and Revelations.

So those are just some games to get you fully prepared for Resident Evil 7 when it comes out on the 24th of January 2017.