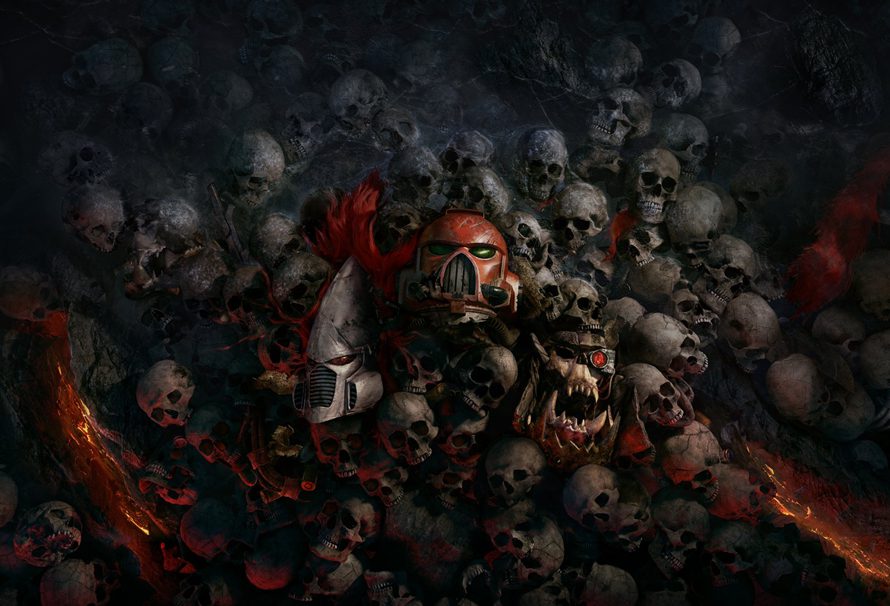 Dawn of War III’s release is around the corner (April 27th) and we’re pretty excited. If you’re not, then allow us to give you a whole bunch of reasons why we think you should be.

In previous iterations of Dawn of War there was only one campaign with one story, now there are fully fledged sets of missions for each race. Considering it took Starcraft 2 six years to do this, this is a big deal on launch. Before you were forced to play the Space Marines, and whilst they are fun, some people want to play the aliens (xenos). And you can bet there’ll be expansion packs for more races, too.

Base building is back

After its disappearing act in Dawn of War II, base building has made a triumphant return! It’s an extra layer of strategy that a lot of players prefer to have, and adds variety into builds you can do in multiplayer. Having to choose which buildings to make introduces mechanics such as scouting, base harassment, and letting those decisions become paramount to your victory.

RTS is having a comeback

The Real-Time-Strategy genre has been seeing somewhat of a revival lately. Starcraft Brood War Remastered, Halo Wars 2, Steel Division: Normandy ‘44, and of course Dawn of War III. Maybe its the injection of mechanics perfected in the age of MOBAs, or the decreasing reliance on big publishers, or perhaps the returning dominance of PC gaming. Either way, now is a great time to start learning control groups and increasing your APM!

Rules straight from the tabletop

Dawn of War III seems to take a lot of inspiration from the already existing mechanics of the Warhammer 40K world. Things such as plasma weaponry that ‘Gets Hot’, meaning they have a chance to do damage to their bearers. The units are faithful to their tabletop counterparts as well, making the army painter feature alone worth it for real-life model painters. Hopefully if players enjoy tearing up the enemy online then they might just make the leap to the traditional, turn-based version of the same game.

Before you start a battle, you will be asked to pick your ‘doctrines’. These are special abilities that give your army bonuses throughout the game. They are split between Army and Elite doctrines. One affects your whole army, the other is an ability for your Elite units. This is great, because it gives each player’s army more flavour and identity. Sure you’re an Ork player, but do you like to specialise in mechanised walkers, or do you want to buff your swarms of Ork Boyz? This also allows the developers to add more over time, which will shake up the meta and give you even more options in how to play.

One thing that makes RTSs more awesome is the inclusion of Super Units. Command and Conquer, Starcraft, Planetary Annihilation, all these games had one huge imposing unit per faction, that would put fear into the hearts and minds of your opponent. Joining those epic ranks are the Super Units from Dawn Of War III. Summoning these will give your army a huge power spike, and will most certainly lead to some intense, Pacific Rim-style battles of fifty metre high robots.

Are you still not excited? Well maybe you are, but for different reasons. Or maybe there is another RTS on the horizon you’re waiting out for. Let us know in the comments!