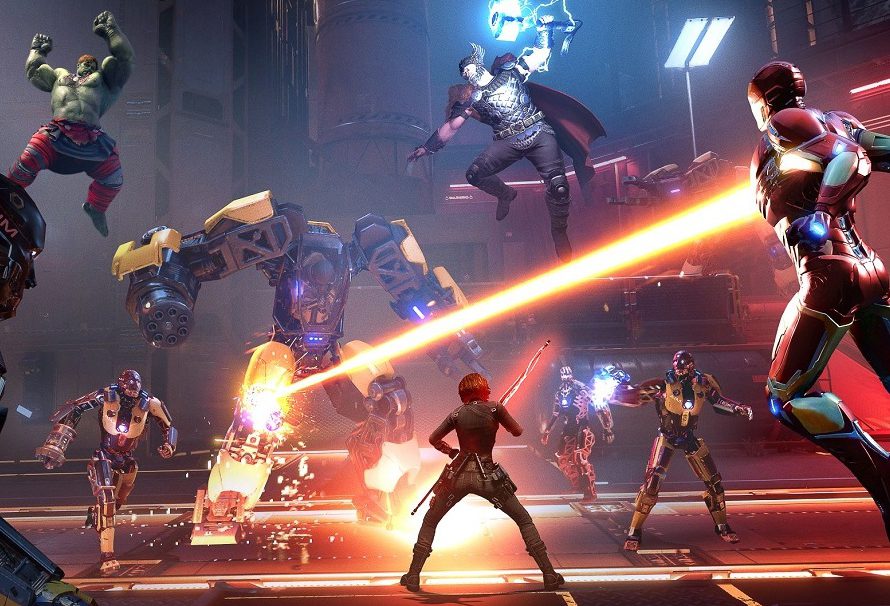 Square Enix’s upcoming action-adventure Avengers game is nearing closer and closer to release. Upon reveal of the original ‘A-Day trailer’ back at E3 2019, which showcased the character designs and gameplay, there has been a constant cloud of uncertainty shrouding Earth’s mightiest heroes. Still, one thing that has kept spirits high are the numerous fan-favourite names that are set to be involved from day one, including the likes of: Iron Man, Captain America, Thor, The Incredible Hulk, Black Widow and Ms. Marvel.

More recently, it was confirmed that Hawkeye would become the first DLC character to suit up, with Spider-Man expected to swing by sometime in 2020 exclusively for PlayStation. Ant-Man is another who has been confirmed as a non-playable character but is likely to make the roster at some point. So, the question is who else is wating for the call?

Already, there’s been a data leak giving us a look at which superheroes are potentially lined up later further down the line. So, taking that into account, the current MCU slate of upcoming films and TV series, as well as who deserves some much-needed recognition, let’s discuss the eight superheroes that need to assemble in Marvel’s Avengers.

The king of Wakanda has gone from strength to strength since his billion dollar-plus debut at the box office. Subsequently, the character made appearances in Infinity War, Endgame, and Civil War. In the video game landscape, T’Challa was unlockable and part of the main story quest in Marvel Ultimate Alliance 3: The Black Order, giving us a glimpse of just what his moves might look like.

Besides his huge popularity, Black Panther possesses extensive hand-to-hand combat skills, superhuman strength, and reflexes better than a cat, all but making him a sure bet.

Cinema goers will be well aware of Hawkeye, after Jeremy Renner put in a memorable performance for well-over a decade as Clint Barton. Kate Bishop’s interpretation of the character, however, is normally found to be the most popular among comic lovers.  Many of them will get their wish fulfilled via a Hawkeye Disney+ series set to debut on the service sometime in the future, with Hailee Steinfeld in talks to star.

While Clint Barton may already be confirmed for Marvel’s Avengers, the pair have completely different styles of fighting. Yes, they both use a bow and arrow but Kate is trained in boxing and marital arts, allowing developers to play around with various different combat options.

There are so many reasons for Doctor Strange to join Marvel’s Avengers that it’s impossible to list them all here. Popularity, relevance, originality, flight, teleportation, intelligence, astral projection, foresight, and dimension jumping, are all just the tip of the multiverse. The powers of Steven Strange amount to a wholly unique character, which gameplay-wise could be tremendous fun.

Many fan forums already believe the good doctor will turn up somewhere as part of the main campaign, and of course, let’s not forget that Strange is set to return to cinemas in 2022. What better way to keep the character in the limelight?

Meet Moon Knight; Marvel’s answer to Batman, if Batman was (more) mentally unstable and suffered from schizophrenia. Established in the mid-70s, Moon Knight (Marc Spector) is a former marine and millionaire mercenary who after a close call with death, funds his own superhero antics.

Naturally, strength, speed, and his proficiency in combat (armed or not) make the man not to be trifled with. But what sets him apart is his struggle with his different personalities and why implementation of the character could be really inventive, both in terms of story and gameplay. Not to mention, there’s an already commissioned series from Disney in the works.

We’ve barely scratched the surface of just what Scarlett Witch can conjure up in the MCU, hence why Marvel’s Avengers is the perfect place to showcase her range of abilities. For one, the mutant has the power of telekinesis – perfect for throwing projectiles at enemies and turning them on one another, as well as ability to corrupt all manner of machine. Trained by Hawkeye in the art of combat, Wanda Maximov is more of a question of when than if.

If Marvel’s Avengers is missing one thing than it’s an anti-villain. Loki is everyone’s favourite lovable scamp that was brought to life by Tom Hiddleston on-screen (taking up the role once more in a planned Disney + series). However, in the comics and recent games, Thor’s sibling can come with a much more annoying persona, something that could play well. Balancing this and utilising the many manipulation techniques at his disposal would prove both entertaining to behold and difficult to design. Hey, that’s what developers are for though.

Twin-sibling to Scarlett Witch and son to Magneto, Quicksilver’s incredible speed even gives The Flash a run for his money. The notion of speed is hugely promising and an enticing trait to have for a video game character, but the issue of how this could be implemented in-game might be the decider of whether or not he makes the cut. Nevertheless, if pulled off successfully, Quicksilver could be the most satisfying character in the whole game.

Captain Marvel aka Carol Danvers has followed a near-identical pattern to Black Panther as of late, cropping up in all the same aforementioned flicks, making a billion at the box office, and being one of the main headliners in Ultimate Alliance 3.

A former pilot turned human-Kree hybid, Captain Marvel is undoubtedly one of the heavyweights in the universe, with abilities ranging from super speed, super strength and durability, to energy powers, endurance, and flight. Basically, meaning there’s little she can’t accomplish. Danvers played a major role in comic crossover storyline Empyre published in July 2020, showing no signs of slowing down anytime soon.

Because who else would you rather have at your side when the revolution begins?