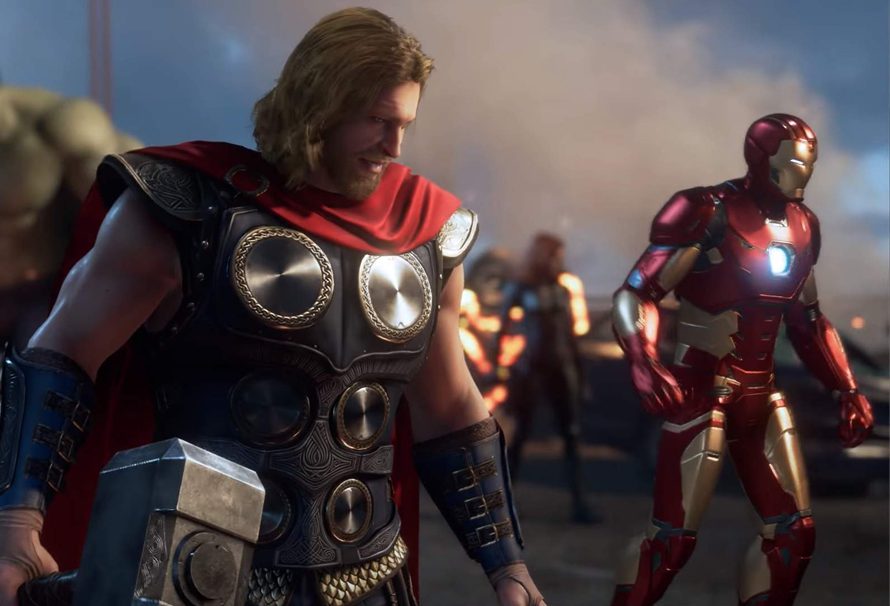 How Does Co-Op Work?

Structured around a central story which has Earth’s Mightiest Heroes taking on the villainous hordes of AIM, Marvel’s Avengers allows folks to team up with each other to create a superhero quartet in a bid to, well, save the world.

However rather than some pithy afterthought, Marvel’s Avengers co-op is stacked out with more modes and mission types than you shake a hairy Wolverine at.

Broken down into a variety of separate modes and mission types, Marvel’s Avengers offers ample content for players who want to team up with their friends for a little superhero smackdown.

However something that you should be aware of is that when you’re tackling any of the missions listed below, there is currently no drop-in and drop-out co-op in Marvel’s Avengers. This means that you’ll need to have your team ready, either through private invites or matchmaking beforehand in order to get started and that should a player leave your group, they will be replaced with an AI bot who will be happy to take over.

Another thing to be aware of is that missions each have a Challenge Level which dictate how much damage enemies can dish out and how much they can take in return. Therefore, it’s wise to make sure that the Challenge Level of whatever mission you’re doing doesn’t grossly outpace the Hero Level and Power Level of your group, otherwise you’re all in for a world of pain.

Available through the War Table hub that displays all of your currently available content, these are the modes and mission types that Marvel’s Avengers multiplayer co-op allows players to get stuck into:

Drop Zones: Much simpler and straightforward missions than anything else in this list, Drop Zones are smaller missions that only demand players complete a single objective, such as destroying certain enemy structures for example. More than that though, the piecemeal size of Drop Zone missions also make them perfect for a quick session of play in order to top up your loot, too.

Faction Missions: With the Avengers losing much of their infrastructure after being disbanded, reestablishing physical resource stockpiles and structures is as essential as reassembling the Avengers themselves. This is where Faction Missions come in. Including a wide range of sub-mission types, players can team up to obtain supplies, gain intel and defend structures from AIM aggressors.

HARM Rooms: HARM (Holographic Augmented Reality Machine) is basically a holographic training room stuffed with a range of different tiered challenges for players to take on. Certainly then, HARM represents a good way for you and your super-powered buddies to sharpen your skills before hitting the actual battlefield.

Hives: Sizeable AIM strongholds, Hives must first be discovered by completing other missions. Once uncovered, Hives are a relatively simplistic affair that provide players with the chance to obtain superior loot after carving their way through a range of increasingly more potent AIM defenses.

SHIELD Vaults: Once you’ve discovered the location of a SHIELD Vault after locating the coordinates from numerous SHIELD caches across the map, you’re in for something of a treat. Stuffed with all manner of exceptional loot and equally challenging foes, a quartet of powerful heroes is required to successfully tackle a SHIELD Vault and win the day.

Villain Sectors: Another highlight of Marvel’s Avengers multiplayer shenanigans, Villain Sectors are unique missions in which players can tangle either with AIM’s most dangerous warriors, or with any number of iconic Marvel villains who could be working alongside them. There’s little or no room for error here in these hugely challenging encounters.

War Zones: A wide open space that can be explored in either co-op or solo play, War Zones provide a bounty of things to do. Whether it’s discovering SHIELD caches or defeating limited time enemies, there’s always something interesting to do in the War Zone missions. The drawback however, is that players cannot play as duplicate heroes. This means that your dream of creating a Thorsome (sorry) group to take on AIM will sadly be just that.

8 superheroes that need to assemble in Marvel's Avengers