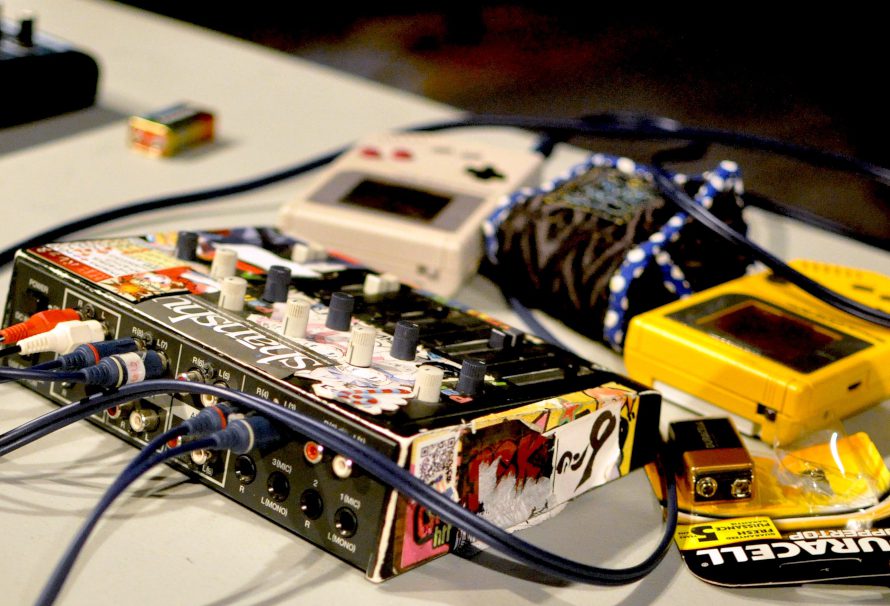 Ah, the humble Gameboy. As well as revolutionising portable gaming, Nintendo’s wonder device provided us with such classics as Pokemon Yellow and Tetris and is so sturdy it’s known to have survived a Gulf War barracks bombings.

The original Gameboy persists in the minds of many who were invigorated by it’s wonder as a child, but you may be shocked to learn that the pocket powerhouse is now a bona fide piece of musical equipment, responsible for an entire genre of music.

Imagine if you will, you’re waiting with your drink in a sold-out venue, and a band arrives on stage holding Game Boys and fiddling with Commodore consoles. If you’re a Chip music fan, this isn’t too far from a good Friday night.

How does Chiptune work?

Chip music artists use tracker software to basically hack old consoles and turn them into instruments. The Game Boy’s known software is called Little Sound DJ, and it contains “59 phonemes for programmable speech,” as well as drum kits sampled from iconic machines, including 707s, 808s and more. You can create a MIDI interface with it if you want to. For an example, here’s Jamiroquai’s “Virtual Insanity” recreated via a hacked Game Boy.

You basically turn the sound chip within the console into an instrument that you can control and modify to create tunes that sound unmistakably like soundtracks from the back catalogue of said device. It’s an incredible way to keep the memory of old consoles alive and create new and exciting audio-visual experiences long after they’ve been forgotten.

If you have an old Game Boy lying around, consider looking into the modding and hacking scene if you’re musically minded. You can even emulate the ROM of LSDJ on your PC if you don’t want to buy admittedly expensive old kit.

Chiptune in the mainstream

Ever since the dawn of hacked console & user-generated video game music in the 70s and 80s, Chip music has exploded, spawning a variety of genres form Nintendocore to Complextro and Bitpop.

It’s a fascinating mix and explains why they stand out so clearly as Chiptune’s major modern trailblazers. Check out their single Air On Line which has remarkable retro influence from the 70s right through to the early 00s.

See if you can spot notes of Spyro, Zelda, Final Fantasy and the ethereal vocoders that come together with the physical drums and guitars to create a mystifying song that homages the past whilst being grounded in the present.

It’s a fascinating field of music that is dying to be explored by video game fans. If you often listen to retro soundtracks on YouTube whilst you work, consider looking into artists like Anamanaguchi, Toby Fox, Chipzel and Sabrepulse that twist your beloved OSTs into their own special art.